Is the reduction of the Doctor's apparent age an anomaly?

On one of those quiet evenings with nothing to do I decided to plot the age of the actor playing the doctor against the Doctor 'Number'. 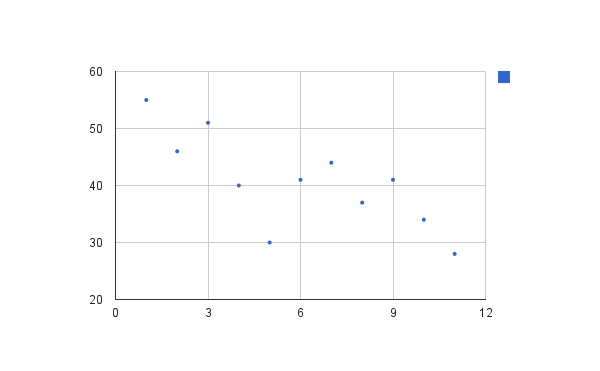 Now, besides the anomalous 5th doctor, who is much younger there is a clear and present trend in the doctors age becoming apparently younger.

Is this trend coincidental? Or is it a clue that the doctor hasn't got long left?

Are there any in-universe reasons behind his regenerations getting younger?

Edit: Fwiw, there seems to be no correlation between the duration of each regeneration, and the apparent age of that regeneration: 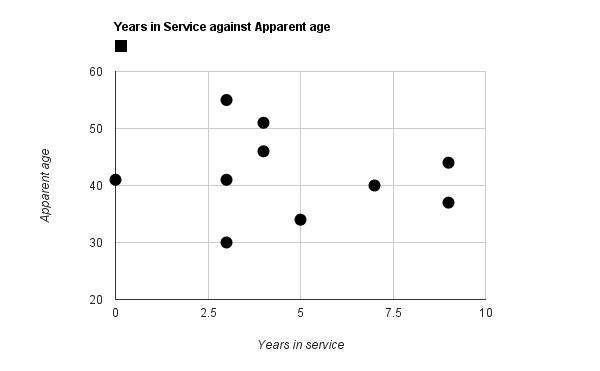 I don't have the links, but I remember when Matt Smith was chosen for the 11th Doctor, they said there was a serious discussion behind the scenes about whether or not they wanted to have the entire show depending on such a young actor. (That seems kind of ironic considering the age of the companions and the actresses who play them.) But the producers said the were so blown away by Matt Smith's acting range and abilities, that they were sure they wanted him.

As for it hinting that the Doctor might not have long left, there's been a limit on Timelords regenerating more than 12 times in the past, but that is able to be circumvented (and the Master is granted another 12-regeneration cycle).

In The Sarah Jane Adventures the Doctor says there is no limit on how many times he can regenerate, so if there were an ending approaching, there would have been no need to make it clear to long time fans that the limit of 12 regenerations no longer applies.

There's never been (as best I can remember, and I've searched) a reference to regenerations getting younger in-universe, although that has been seen before. (Lady Romana's 2nd body was younger than her first.) Also, their first body has to start young (as a child) and grow older, since we've seen, in the new series, flashbacks to the Master as a young child when he first sees the vortex. And if you look at The Master and his different regenerations, while his latest is very young, compared to previously, there's no obvious pattern of him getting younger.

I suspect it has a lot more to do with appeal to viewers and that TV trends tend to show us higher ratings are often tied in with younger main characters.

It's been suggested more than once that Time Lords have the ability to influence, if not absolutely control, their appearance during a regeneration. For instance, the Master for a long time tended toward the same black-hair-pointy-beard look over successive regenerations, and his last regeneration was a deliberate choice to be young and vigorous like the Doctor. The unorthodox appearance (and dress style) of the Ninth Doctor may have been a direct result of his then-recent experience in the Time War. (Romana's multiple non-terminal regenerations are an anomaly probably best left out of this discussion.)

Now, the Doctor doesn't seem to have as much control as others do. Perhaps that's because he used to be unconscious a lot while regenerating; perhaps it's just a result of his erratic personality. Either way, it's my opinion that as his lifestyle has increasingly tended toward adventuring, running away from danger, and hanging out with young, attractive companions, he's subconsciously tended toward younger and younger regenerations over the years so he can can keep up.

However, at one point the Eleventh Doctor travelled for around two hundred years, meaning that when he finally reaches the end of that incarnation, he'll have another two centuries to rejuvenate. That may result in an older Doctor.

I noticed he got younger too. But one Doctor contradicts that rule: Peter Capaldi, because he is at the cycle of a new regeneration. The reason is to get Doctor Who viral on older audiences first, then get it easier to love by the children, amplified by the factor of their parents telling them about it.