What actor has portrayed the most comic book/science fiction superhero characters with some sort of special abilty and/or capabilities?

The following question asks about the actor that has appeared in the most comic book movies:

Stack Exchange question: Actor with the most comic-book movie roles?

I'd like to know, which actor has portrayed the highest number of distinct superhero/superhuman characters in their career.

To qualify for a "superhuman", the character should have some level of skill/ability/etc that goes beyond what a normal human could achieve. However, the character does not necessarily have to be based on a comic book property, or even be billed as/identified as a "superhero". I'm just looking for characters that have special abilities.

For example, Chris Evans has portrayed three such characters: 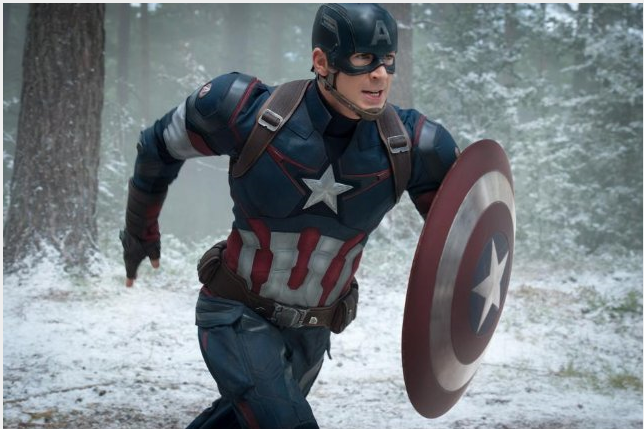 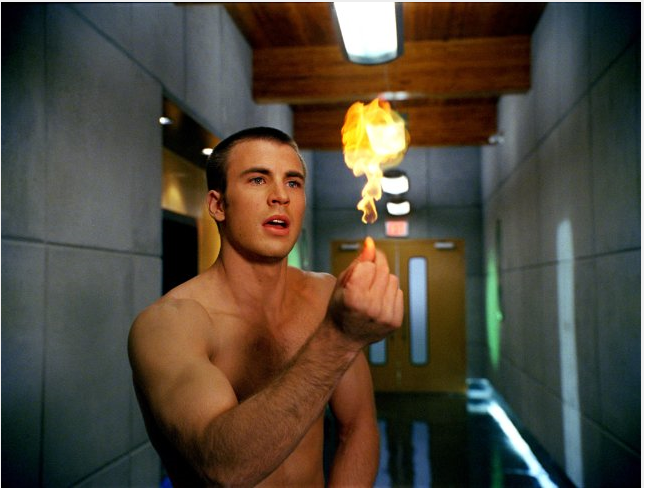 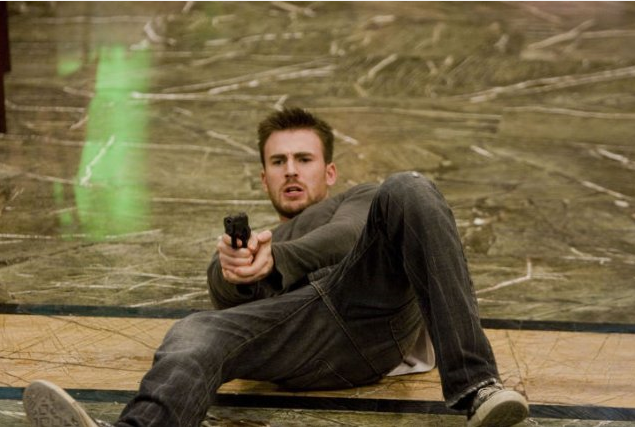 On the other hand, Robert Downey Junior would only have one - Iron Man's super-powered suit qualifies, but Sherlock Holmes having extremely high, but still human-level, intelligence would not.

Similarly, Will Smith as Hancock counts, but his characters in M.I.B, and I Am Legend have no special powers or abilities.

Note, the argument has been made that Robert Downey as Iron Man is not necessarily a super hero (by none other than Thor as a matter of fact).

Captain America: Big man in a suit of armor. Take that away then what are you? Iron Man: A Genius Billionaire Playboy Philanthropist.*

However, for purposes of this question, I would accept such a character provided it truly is in the nature of a superhero venue as opposed to an example that generically all (or many) soldiers have some type of powered in the story (e.g. Starship Troopers, Edge of Tomorrow).

Finally, the actors should have characters which are live action. In case of a tie between actors that have the same number of live action characters, I am willing to consider voiceover characters. But, the focus is on live action first.

Chris Evans with an arguable 6, maybe 7.

If you allow TV voice actors, then one of these prolific cartoon voice folks is probably gonna take it. Kevin Michael Richardson, for instance, played:

B'wana Beast (Batman: The Brave and the Bold)

Mr. Mxyzptlk (Batman: The Brave and the Bold)

Despero (Batman: The Brave and the Bold)

Skipjack (Transformers: Revenge of the Fallen)

Rampage (Transformers: Revenge of the Fallen)

That's 36, and I got tired and skipped over a bunch of Ben 10 and Star Wars and some other odds and ends that were questionable "supers".

Also, Phil LaMarr only has 319 credits, but he may have more hero roles for all I know. Looks like a research project for someone with more free time/patience than me...

Hugo Weaving beats Chris Evans, having played V in V for Vendetta, Agent Smith in The Matrix and sequels, Elrond in the Lord of the Rings and Hobbit movies and the Red Skull in Captain America: The First Avenger. He also provided the voice for Megatron in Transformers, and perhaps some other voice roles might also count. So that's four, or five+ if you count voice-only roles.

If you're counting voice acting, then the anime and American animation voice acting communities likely have quite a few popular actors who've portrayed dozens of characters with special abilities.

He may not qualify as "most," due to the low number, but Ben Affleck is the only actor to Ever portray live action versions of both Batman.... 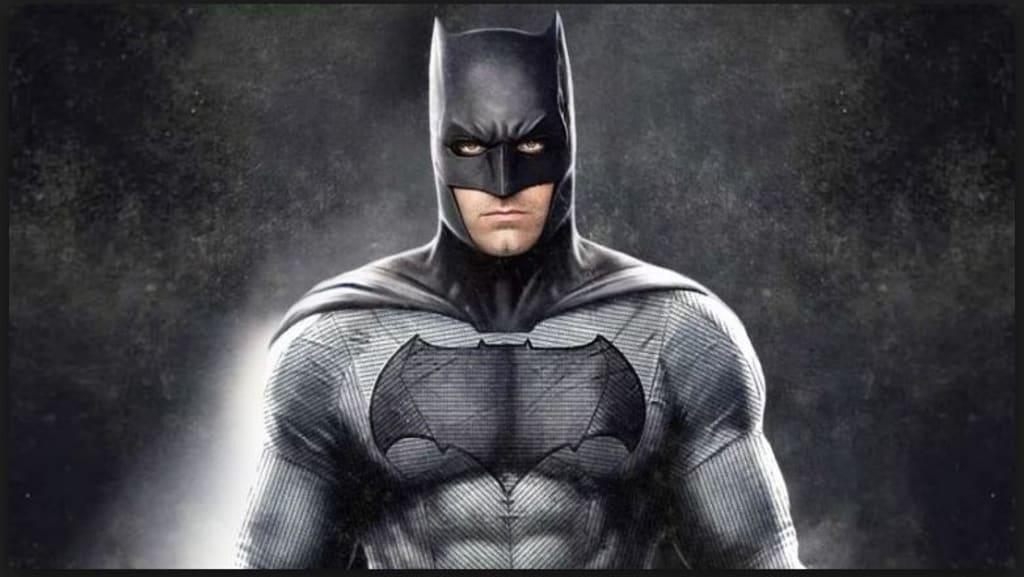 and Superman on screen in major motion pictures... 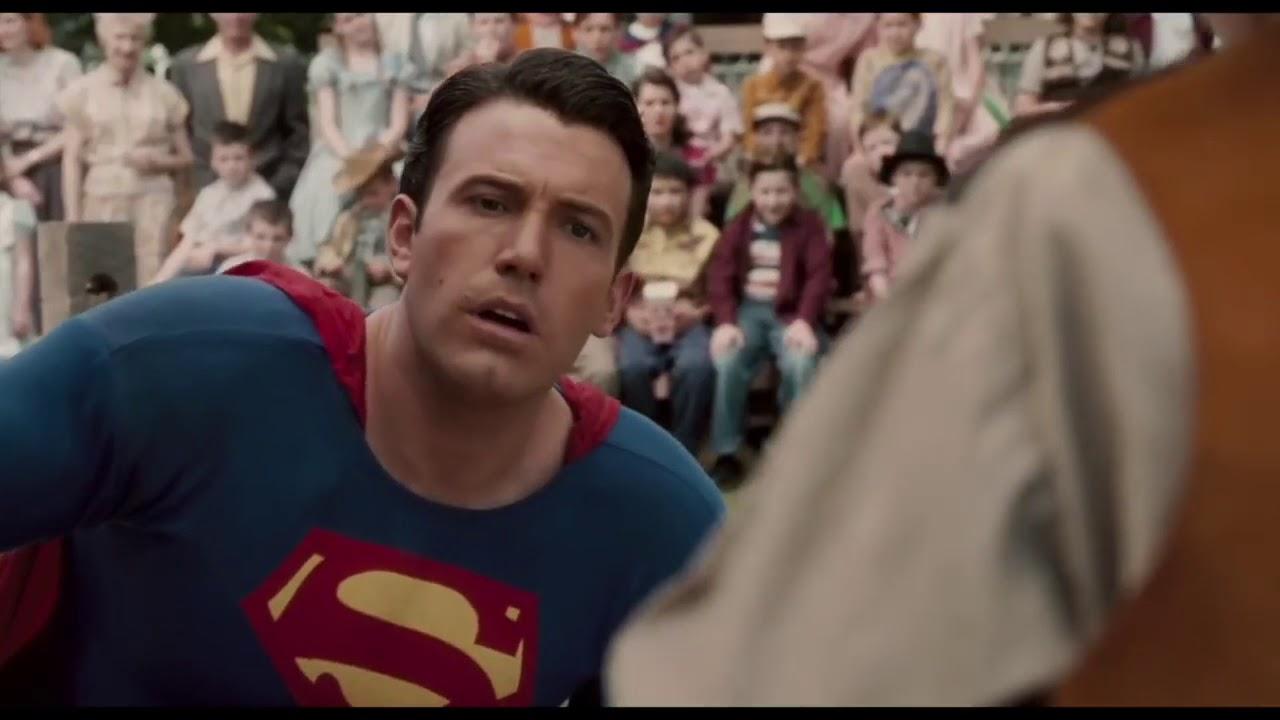 Thing is, Affleck also was in the "pre-MCU" as Daredevil which a lot of people like to disregard. [Don't know why; while a bit silly, I actually enjoyed the movie, but, go figure...]. As a Super Hero persona, it still counts, though... 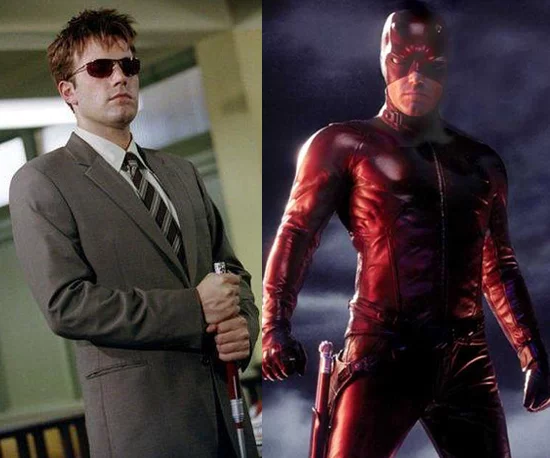 But these are just his "Recognized" Super hero roles, in terms of "Tights wearing" heroes. He's also been some superhero like, bad ass characters in other ways:

I think this would about cover it, not counting his larger than life Bad Guy turn in The Town, or his planet saving astronaut in Armageddon. 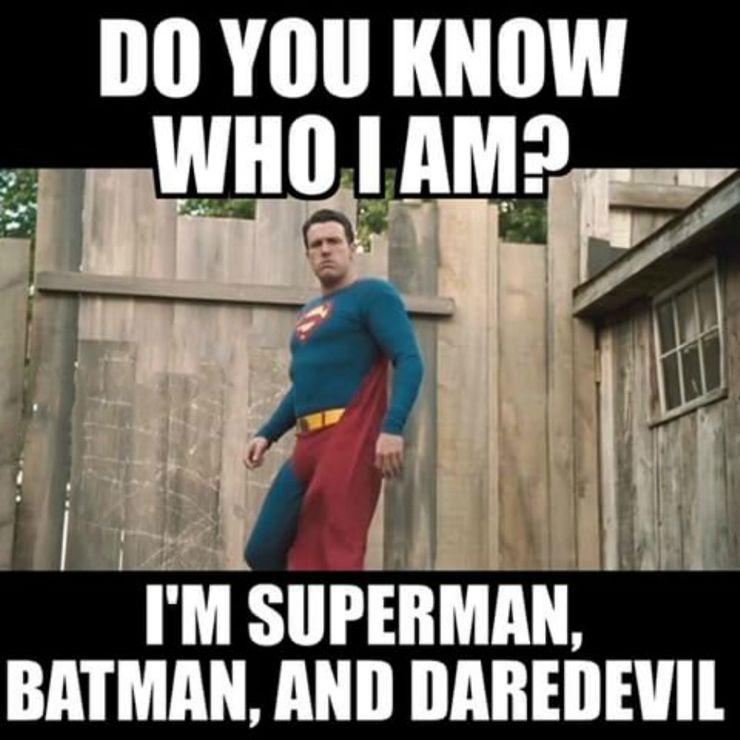 Not the answer you're looking for? Browse other questions tagged actors actor-identification or ask your own question.

60
Has one actor ever played two different characters from Marvel?
13
Actor with the most comic-book movie roles?

51
Which actor has portrayed the most distinct roles in the Star Trek universe?
13
Actor with the most comic-book movie roles?
37
Which actor appears as the most different species in Star Trek?
30
Which character in Star Trek has been played by the most actors?
3
Besides Stephen King himself, what actor has appeared in the most Stephen King supernatural film/TV adaptions and/or audio works?
18
Has the person in the suit ever also supplied the sounds for the creature/character they portray?
5
What TV show has had the most actors appear on any of the Star Trek movies and/or TV series?
21
Identify 2000-2010 movie: a group of people are isolated in a complex, and forced to kill one another to survive