What is Captain America's true allegiance?

In the MCU, Captain America is the leader of the Avengers, who were operating for SHIELD (at least until its destruction), which itself was under the command of a mysterious "World Council".

But, at the same time, Captain America started his superhero career as an American soldier. He is still a symbol for Americans and a symbol of America outside his country.

I am mostly interested in answers about the MCU, but I am not sure there is conclusive information in it. In that case, I would be happy to hear about the comics.

Captain America is conceptually an unabashed idealist. His allegiance is to "the USA as it should be".

In a conflict between the USA and anyone, he would

The latter two would be difficult to write though, as they require a politician respectively a diplomat as protagonist, not the soldier that Cap is.

Captain America's true allegiance is to the ideals of America as he understands them. 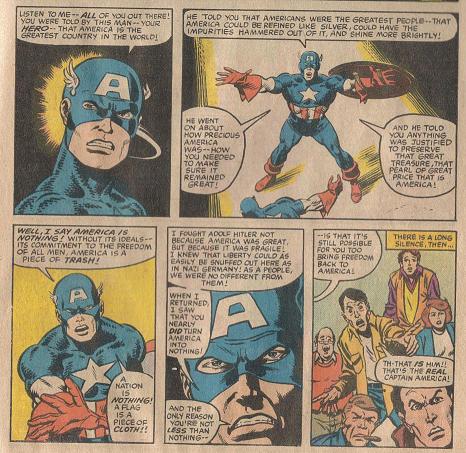 67
Why hasn't Captain America been promoted?