Why did The Ripper kill this Hexenbiest?

We see the possessed Sean Renard continue killing Portland's ladies of the night. But in that same episode, we see him kill Henrietta. Why did Renard-the-Ripper kill Henrietta? She didn't seem to be any threat to him, as she claimed to not have any knowledge of what ailed him. Furthermore, Henrietta was hailed as an all-powerful, all-knowing Hexenbiest; how did Renard kill her so easily? She should have seen him coming from a mile away. 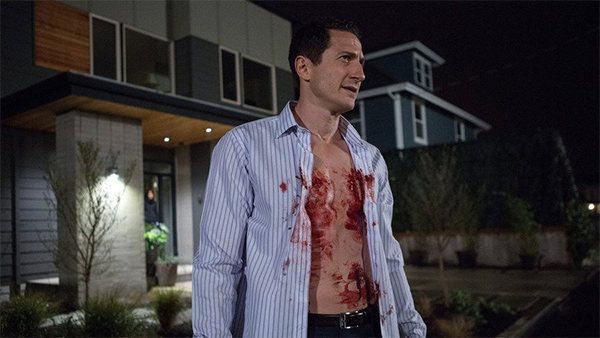 We could call it any number of things, a humbug, a plot hole, a contrivance but mostly what we should call it is convenience and poor quality writing.

Or perhaps the answer lies behind the fourth wall. In the online magazine, The Wrap - November 14, 2014 we learn:

I would like to think there would have been a better, more fitting ending for the character as they established her; alas the viewer doesn't always get what they want or deserve... perhaps they were over-budget or had some other extenuating circumstance we aren't privy to as to why her death was so sudden and without excess incident.

3
Why was Sgt. Wu eating couch stuffing?
4
What song did the Cracher-Mortel hum/sing during “The Waking Dead”?
3
Why does Nick in Grimm have to kill the evil Wesen and not put them in jail for the Wesen Council to deal with?
2
Why can't Monroe track his own wife?
3
How does the Warden know about the kids?
1
How did Juliette become Eve?
2
Where did the reset come from?
1
OOU whats this Eve thing all about?