When did Data speed time up really fast? [duplicate]

Ask Question
Asked 4 years, 9 months ago
Active 2 years, 11 months ago
Viewed 474 times
3
This question already has answers here:
Star Trek Series Episode (I think) where crew get stuck in a time warp and have to wait several years to warn their past selves to set it right? (5 answers)
Closed 4 years ago.

There was a Star Trek episode where the ship was being attacked with a laser directed at the warp core. The ship had no defense against the laser and was going to get destroyed. Data somehow did something to create a time bubble around the ship so inside the bubble time was sped up really fast.

This would give the Enterprise crew time to figure out how to avoid exploding before the the beam outside would come into the bubble.

The episode ended where the crew was old, and they lived out there entire life on the ship with no answer. And finally the beam came into the bubble of time and the ship exploded.

What episode of The Next Generation am I thinking of?

I don't remember any episode that sounds like that. If anything, it sounds like the Stargate SG1 finale "Unending", where the team + Landry get trapped on the the Odyssey in an attempt to avoid the blast coming from the Ori ship by slowing down time inside the ship. 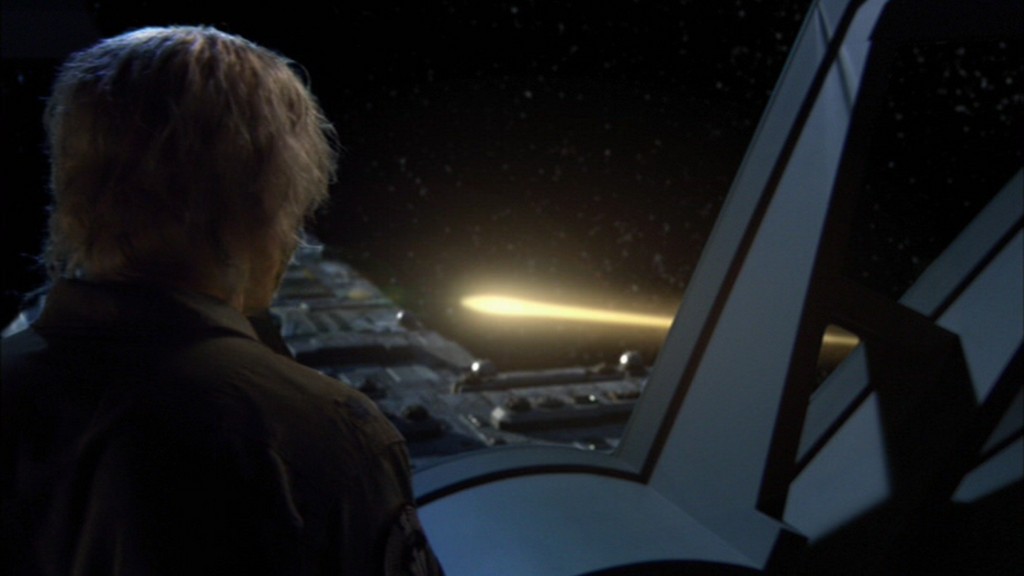 They get really old 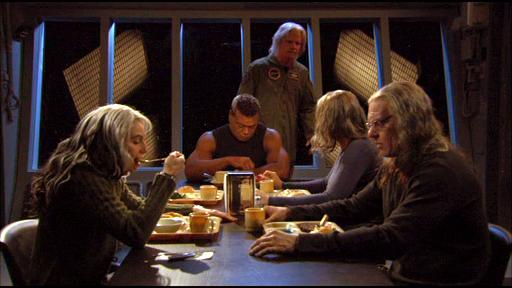 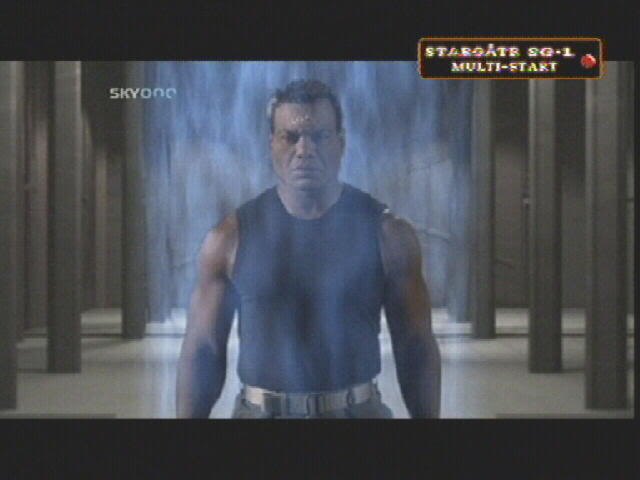 And finally the time slowing field is removed, allowing for the blast to hit the ship. 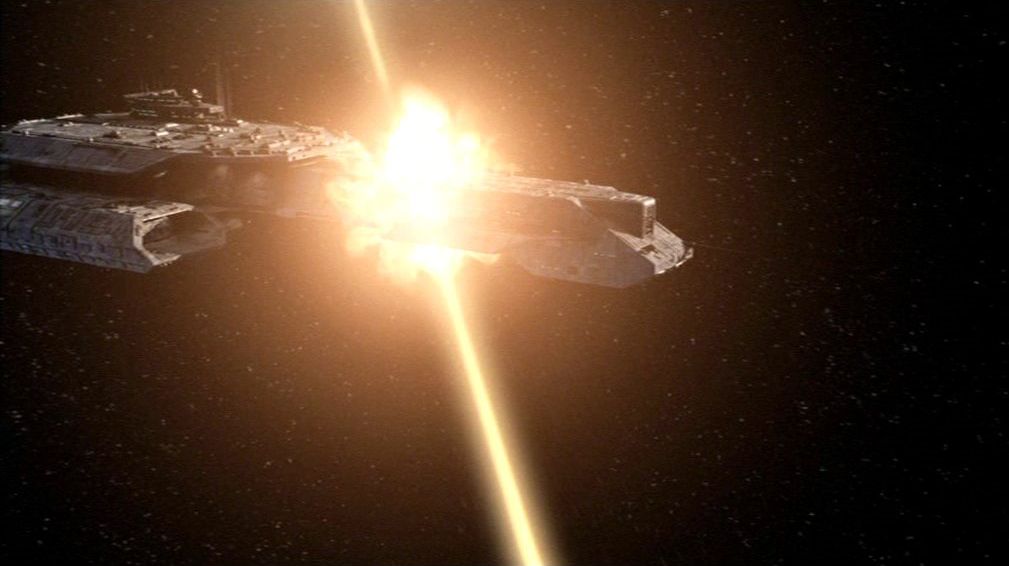 Everything matches your description except for the Star Trek part.

This was not a Star Trek episode. It was an episode of Stargate SG1 – Unending – the last episode of the series. From the Wikipedia entry:

The members of SG-1 and General Hank Landry (Beau Bridges) are travelling on the Earth ship Odyssey to the Asgard home world, Orilla, when the Asgard Thor beams aboard. He reveals that after millennia of genetic manipulation, a disease has brought his race very close to extinction, and SG-1 accepts his offer to upload the sum of all Asgard knowledge into Odyssey as a way to preserve the Asgard legacy after their mass suicide. However, Orilla and Odyssey are soon attacked by Ori warships. Orilla erupts with huge explosions, and after Odyssey escapes to the next planet with a Stargate and beams the bulk of its crew down, the Ori fire a final energy beam upon the ship. Lieutenant-Colonel Samantha Carter (Amanda Tapping) activates a localized time dilation field that makes time look frozen outside the field to give SG-1 and Landry time to find a defense.

During the initial months on board, Vala Mal Doran (Claudia Black) repeatedly tries to seduce Daniel Jackson (Michael Shanks). Daniel finally confronts Vala for what he believes to be her insincerity, teasing, and mocking of him. Vala's upset reaction makes Daniel realize the honesty of her feelings, and they share a passionate embrace. As the years pass, each team member attempts to deal with the isolation. General Landry develops a gardening hobby; Carter learns how to play the cello; Daniel continues the translation of Asgard information in the database and develops his relationship with Vala; and Cameron Mitchell (Ben Browder) and Teal'c (Christopher Judge) exercise and train while Mitchell is growing more frustrated and angry. After many years, General Landry succumbs to old age and dies.

After fifty years Carter has devised a way to reverse time within a localized field, however the Odyssey's power source (ZPM) is almost completely depleted from maintaining the time dilation field for fifty years. Mitchell however hypothesizes that the power of the Ori energy beam could provide the required energy to reverse the time. This, however, will mean the loss of any memories of the last fifty years; additionally, whoever volunteers will remain at their advanced age. Teal'c, who as a Jaffa has a much longer lifespan than the other team members, volunteers to remain behind and perform the rescue, protected within a separate field. As the group prepares their plan, Vala and Daniel exchange a last embrace, assuring each other of their love. When everything is in place, they deactivate the time dilation field and, after the normal timeline is restored, Teal'c prevents Colonel Carter from activating the time dilation field. Odyssey leaves before it is destroyed, saving SG-1 and the Asgard's legacy.

Back at the SGC (Stargate Command), Teal'c refuses to reveal any of the events on the ship, much to Vala's disappointment. As the episode, the season and the series come to a close, SG-1 contemplates Teal'c's joking words of wisdom in the gateroom and says "indeed" all at once. General Landry wishes the team God-speed, and SG-1 steps through the gate on their next mission."

Not the answer you're looking for? Browse other questions tagged star-trek star-trek-tng star-trek-data episode-identification or ask your own question.

8
Star Trek Series Episode (I think) where crew get stuck in a time warp and have to wait several years to warn their past selves to set it right?

21
Has Data ever made a joke intentionally (not involuntarily) in the TNG series?
16
How could the Picard Maneuver confuse sensors from the Warp Era?
7
“The Outer Limits” episode: aliens intercepting an Earth spaceship, turns out to be a simulation, but an engineer activated self-destruct protocols
6
Sound effect in “Cause and Effect”
17
How far would a ship travel during 123 days at warp 9.5?
10
How did Picard send a binary message to Data in the future?
4
Data states that the Prime Directive only applies to starships, is that correct?
7
Star Trek TNG episode where the Enterprise accelerates to the end of space in a short time
13
In which Voyager episode did the ship go to warp despite having sustained damage?
2
Why doesn't the Saratoga eject its warp core at the Battle of Wolf 359?