In what sense are Asgardians "immortal" in the MCU?

In Thor: The Dark World, Odin and Loki are discussing Loki's actions during The Avengers. Loki argues that he would have ruled Earth as "a benevolent god", and Odin replies:

Odin: We are not gods! We are born, we live, we die, just as humans do.

Now that's pretty definitive. And Loki's snarky reply ("Give or take five thousand years...") would seem to confirm that Asgardians have a limited lifespan, and will eventually die of old age.1 And we know that Asgardians can die in battle, because we've seen it happen over and over with supporting characters and Asgardian soldiers.

Now, I've always been more of a fan of Thor stories (like Jason Aaron's Thor: God of Thunder arc) in which Thor and the Asgardians are gods. Straight-up, genuine, higher-level-of-existence gods, not von-Däniken-esque wannabes playing on the tired old notion of magic just being super-advanced science. BUT, despite my preferences, this exchange would seem to confirm once and for all that in the MCU, the Asgardians are not gods, but rather were mistaken for gods because of their ram-horns full of awesome-sauce and their magnificent bulging pecks.

But wait! Watch that movie for about 30 seconds longer and we come across this exchange:

Thor: She is ill.

Odin: She is mortal. Illness is their defining trait.

Wait, what? I thought Asgardians weren't immortal? They can die in battle, and they naturally die of old age. In my book, that makes them long-lived, but entirely "mortal". Surely Odin isn't splitting a hair so fine as to say that resistance to disease alone makes one "immortal"?

So, if the Asgardians of the MCU aren't actually gods (grumblegrumblegrumble...), and they can't live forever (or even particularly long in a cosmic sense), and they can be killed in battle, in what sense are they "immortal" at all?

1 Fun fact: adjusted for a roughly 5,000 year lifespan, 1,048-year-old Loki is currently in the tail-end of his rebellious teenage phase.

Since the Marvel Cinematic Universe has not confirmed or denied the existence of Idunn, the goddess in charge of the legendary Golden Apples of Immortality, we have nothing to confirm the true nature of the MCU's Asgardians "immortality". 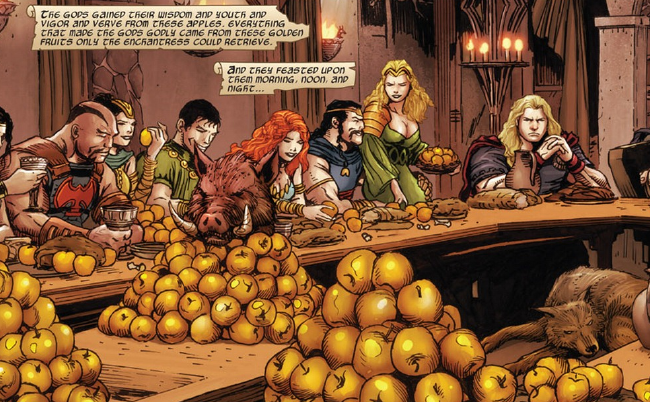 It would seem the Asgardian "immortality" is very conditional and dependent on the Golden Apples. It would seem in at least one of Loki's schemes it was revealed the immortal nature of the Asgardians would slowly be lost if they were unable to partake of said apples. Loki devised a scheme by which such apples would be lost in the belief it would make the Asgardians vulnerable to their enemies because of their loss of their godly vitality. 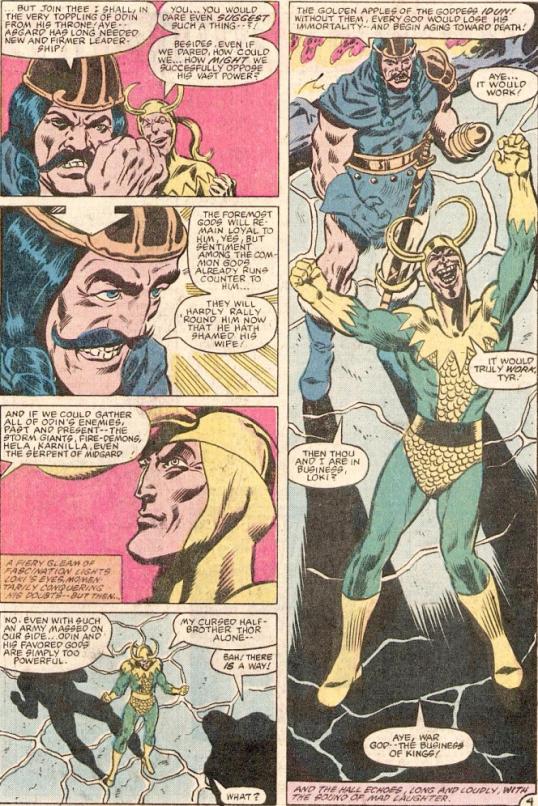 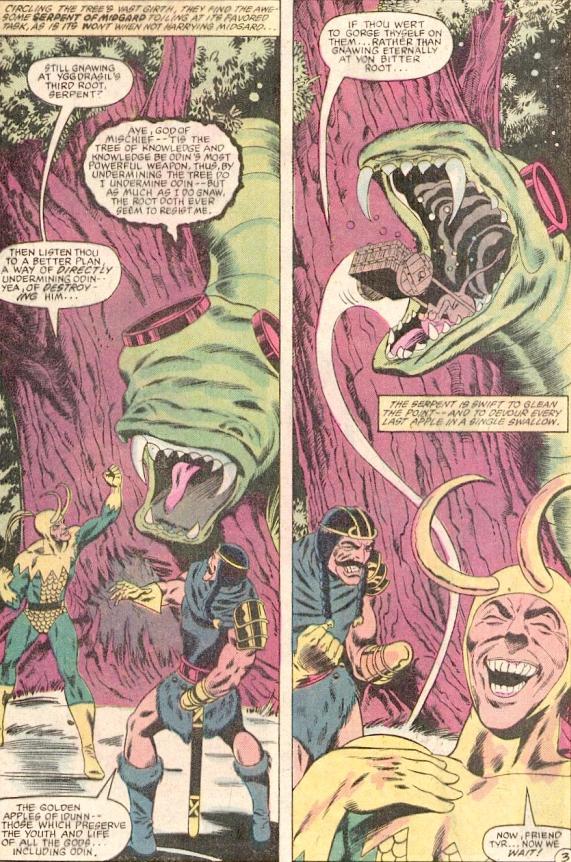 See Also: How Long Do Asgardians Live for?

They are immortal simply in the sense that they are not of the earth.

The word "mortal" sometimes merely means "human" / "of the earth". (See here, here). Therefore - precisely because of all the evidence you have given - I would argue that, when Odin says "She is mortal; illness is their defining state", he uses the word "mortal" simply in this sense.

I would guess that his point is this: since humans are so short-lived, one may think of them as fatally ill from the moment they are born. So in fact, it is even possible that Asgardians are not even immune to diseases; if they are, that's certainly not the point Odin was trying to make here. He's just saying that morals (i.e. humans) are always sick, since they die quickly no matter what transpires.

EDIT. I should note that in this sense the word "mortal" is not necessarily the opposite of "immortal".

Season 1: Episode 8 of Agents of Shield, "The Well", has an Asgardian stabbed through the chest and dying. Coulson indicates that what SHIELD knows of Asgardian physiology is that they heal rapidly enough that if you can put them in a situation where they can heal (here, removing the piece of staff in his chest and then Coulson manually holding his wounds together inside his chest), they can heal from near-death.

Not the answer you're looking for? Browse other questions tagged marvel-cinematic-universe marvel thor-marvel thor-the-dark-world asgardians or ask your own question.

-5
How can Blood come from a GOD?
1
Is it possible for Thor to die?
22
How long do Asgardians live for?
13
When was Thor first portrayed as an advanced alien, not a god?

14
In Marvel Comics, why did the Asgardians cut off contact with Midgard (i.e. Earth)?
4
Why did Heimdall alert Odin and authorities about Thor’s escape?
11
Is Loki actually a god?
2
Does the attempted invasion of Midgard by Frost Giants figure into any Nordic myth?
12
How does the superpower distribution of Asgardians work?
13
When was Thor first portrayed as an advanced alien, not a god?
2
Do the Asgardians have healing devices, magic, or potions?
3
What is the in universe relationship between the Asgardians and Nordic cultures?
15
Are the Asgardian Gods and the Asgardian People the same thing?