On the Cylon capital, who are the silver-robed aliens?

In the Battlestar Galactica episode The Living Legend part 2, the colonials attack a Cylon city on the planet Gamoray. As the attack starts, there's shot of a crowd of Cylons and other aliens running away. 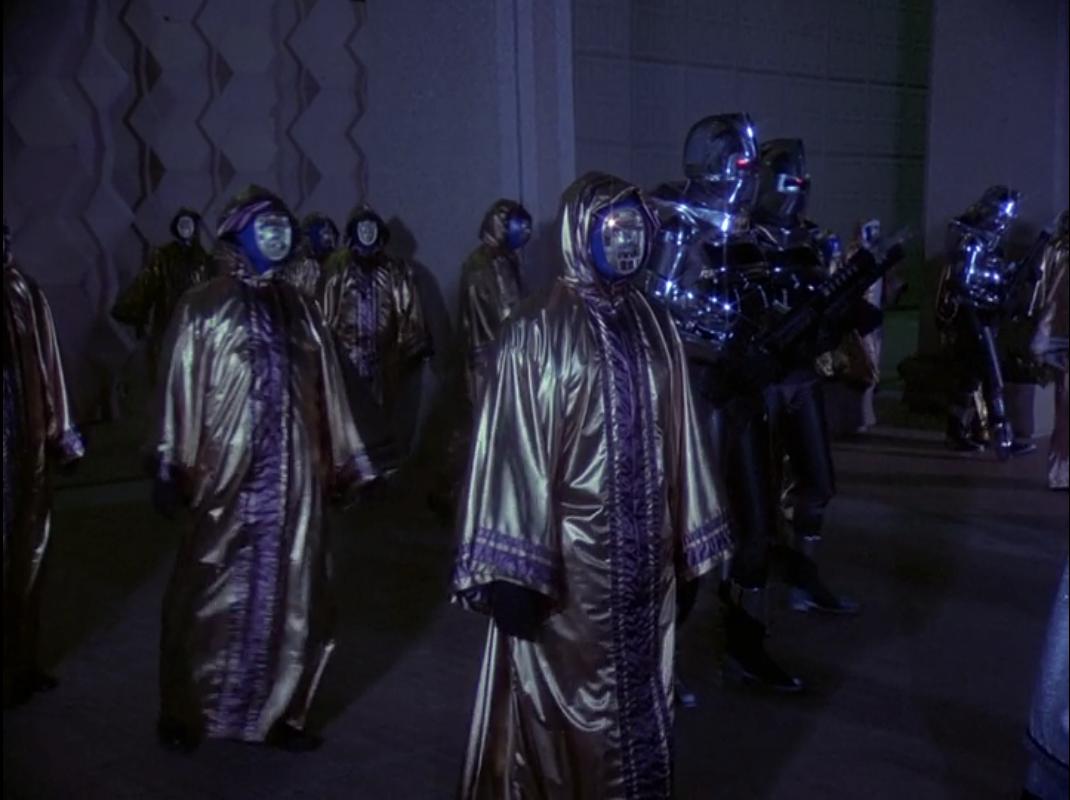 There's reference to Cylon civilians earlier in this story, but there's also a mention of a previous population on Gamoray. Who are these silver-suited figures?

The only non-warrior variant of Cylon I can find information about is the IL-series (or Imperious Leader) http://en.battlestarwiki.org/wiki/IL-series - but the Cylons in your picture look to be another type again...

They are "civilian" models: http://en.battlestarwiki.org/wiki/Cylon_civilian

It seems that the Cylon Empire (or The Alliance) is quite an old civilization http://en.battlestarwiki.org/wiki/Cylons_(TOS) and it would make sense for there to be some kind of differentiation in models and function.

30
What Happened to the Cylon Detector?
30
Why doesn't Admiral Cain carry out her secret plan?
8
In BSG when do we learn the assigned Cylon numbers for the models?
6
Why doesn't Helo see the lurking Cylon observers as he travels with Boomer?
12
Why are there no other intelligent aliens in the 2004 Battlestar Galactica universe?
5
What is the Cylon Recon Drone?
4
Did the entire Cylon race pursue the humans?
9
Is the Cylon Test reliable?