Whose hardware was the new Grid hosted on?

In TRON: Legacy we find that Kevin Flynn had designed a new Grid, wherein the majority of the movie takes place. While the original Grid was primarily a construct of the MCP's and therefore presumably ran on ENCOM servers, whose hardware did the new Grid run on?

I was definitely under the impression that the hardware was located in the basement of Flynn's Arcade. He may have setup something (legal or otherwise) to ensure that power was never lost to the computer equipment. In case he happened to be inside.

Because the Master Control Program was likely running on a mainframe or cray machine I think it can be inferred that Flynn had installed a similar machine to his basement circa 1992 hardware. If you look at the machine in the movie is a quite large. 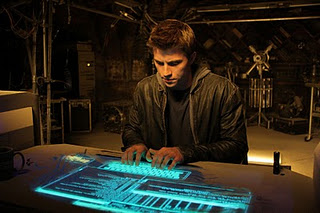 In this image you can see the large computer case on the left (to the right of Sam). It appears to be about as large as an office copy machine. There is probably additional hardware underneath the touch screen interface as well.

The uptime on the computer reads: 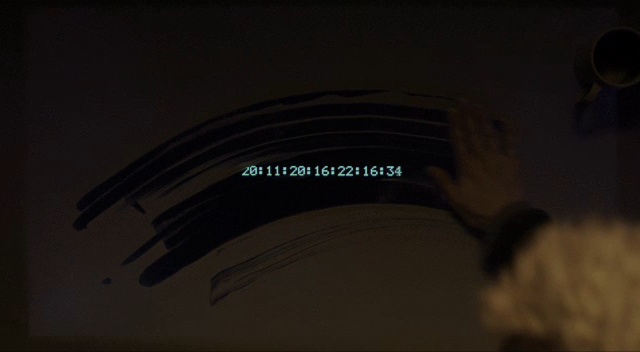 It’s obvious that Flynn was the only person aware that the computer system combined with the digitizing laser can transfer a human into the computer. He obviously tells Sam about it but as Sam says at one point while talking with his father about the ISOs. He tells his father that he always thought his statements where sales lines. These are not his exact words but it is what he meant. I am sure if Sam knew for sure that his father was going to the Grid each night after work when he disappeared he would have went looking for him.

To answer the question about the hardware; It was the hardware in the Arcade, hidden in the secret office below the Arcade. Even though the Arcade had been closed, Kevin Flynn was rich, he was the largest shareholder of ENCOM so I am sure he would have made arrangements to have the power bill for the Arcade to be paid by ENCOM no matter what. This is why the Arcade still had power to turn on the Games and the Sign and why the server was still running. But if the computer had been powered down correctly all data would have been saved to storage in its current state.

This brings up the question. If the system had been set to auto power down if no interaction within say 72 hours. Would Kevin Flynn still be Young? Because he is a human in digital form as long as the system is running he is ageing. Clu and the other programs do not age because they are programs, but Kevin is a user. I think he would still be young had the system powered off and everything saved in it’s current state until Sam would have come in and powered on the system. As it stands though the system was running all this time.

The touchscreen is a bit much for a system built prior to 1989. Kevin disappeared in 89 so the system would have to be built prior to 89 for him to have been using it for some time before being trapped. Even if it was a Cray Server they did not have touchscreens that I am aware of.

@tombull89 The visuals that we see are the inner workings of the Grid, the system its self does not have to process graphical data. If it wasn’t for a screen to be required for a GUI interface for a user the system would not need a graphics card at all. It’s kind of like the inside of your body. We know that our bodies are made up of matter which is made up of particles so small that you need an electron microscope to see them. But just because we can’t see them does not mean that they are not doing what they usually do. Remember in the original movie when Kevin is communicating with Clu trying to hack into ENCOM he only sees Text output to a monitor. But Clu sees himself navigating computer systems riding around in a tank.

Sam Flynn went into the hidden room of the arcade and found an old UNIX server still running, with user "flynn" logged in. The cylindrical things next to the tabletop display were supposed to be the server and disk storage, I think. The look of the cabinets is consistent with that era. The new grid must have been running on that server.

Well, given that Flynn had taken over ENCOM and become the new CEO it would seem logical to me that he at least started it on their hardware. Though by Sam's time, it was more likely probably in the cloud and running using distributed computing models across the internet.

16
What happened to the Grid at the end of Tron Legacy?
5
What hardware was the new grid hosted on?

18
Why was CLU trying to leave the grid and enter the real world?
13
Why didn't Sam have the same powers as Flynn when he was in the Grid?
16
What happened to the Grid at the end of Tron Legacy?
5
What hardware was the new grid hosted on?
7
How does Sam bleed?
9
Where is this missing part to the "Tron: Legacy" soundtrack?
3
Did the progams know that Flynn was still in the grid?