Why is Max mad?

Max Rockatansky is of course famed for his madness. In fact it's right there in the title. 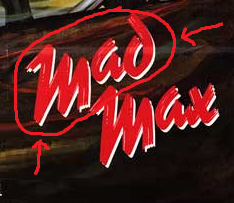 So why the heck is he mad? Is he mad (insane) or mad (angry) or is it a mixture of both?

In the first Mad Max movie, he is named thus by the last remaining member of the motorcycle gang that killed his wife and son, shortly before Max kills him in revenge.

A biker gang kills his wife and child pretty horrible. Through the rest of the movie he hunts down and kills the members of that gang in pretty awful ways.

IMO, the "mad" means both angry and insane.

He is once again willing to help people survive the awful mess of post-apocalyptic world - even to the point of potentially sacrificing himself.

One of the first moments in the movie where Max assumes a "crazy" attitude, is when facing the Nightrider (not a movie quote, just used the spoiler tag):

Max races directly towards the Nightrider's car, without any fear, in a way that I could only describe as... madness!

There are a few other references* to madness in the film, such as when his wife says:

and he later replies with the same phrase, or when they hurriedly leave the mechanic, which shouts:

to him and his family, but these are minor elements. There's one that could actually be meaningful, when he complains to his boss:

I'm scared, Fife. One more minute out on that road and I'm one of them, ya know? Terminal crazy.

Besides the ending, as mentioned by SQB, if there would be any reason for Max to be called mad, it would be due to his fearless attitude.

* These quotes are taken from the unofficial movie script. I'll try to update them from the original video audio.

Is he mad (insane) or mad (angry) or is it a mixture of both?

I'd bet on mad meaning crazy rather than angry.

He's a little deranged because of the murder of his wife and child.

"Mad Max" is an Australian film.

The use of the word "mad" to mean angry is primarily a US usage. In the UK, for example, the word "mad" is almost invariably only used to mean crazy, not angry - though the inexorable effect of Hollywood is doubtless gradually changing this.

Australian English was, of course, originally based on British English and so may still retain this difference from US usage.

Historically it may be that the American usage was derived from a now-obsolete British usage. This sort of thing has happened for other words. In which case Australian usage might have long been similar to US usage. We need an Aussie to tell us.

According to IMDB In Russia the film was named Безумный Макс, in Turkey Çilgin Maks, all of which Google translates as "Crazy Max". The Chinese title 疯狂的麦克斯 is, I think, also associated more with insanity than with anger.

Max is angry. For anyone that doesn't know the circumstances that went into why he is so angry, the anger is confused for insanity. A sufficiently angry person can act in ways that appear to be reckless abandon, and that appearance of reckless abandon could be assumed to be insanity. From the perspective of an observer, the outcome of behavior sourced either by insanity or anger is very similar. The methods may just be significantly different.

A very angry person can act in a plenty calm manner with people that haven't caused him reason to be specifically angry at them. A person may be angry (hateful even) with society at large, but be cordial and friendly with friends, family, and even strangers... until they do some specific thing that flags them as an enemy. And even then, there may not be a straight-forward attack, but some other side-band attack that is unexpected. For some, anger is a way of life that doesn't relate to mental disorder.

It is mentioned that Johnny, which Max sets up to die horribly, screams at him and calls him mad. In the context, it is assumed that he means that Max is insane. Lots of people say, "You're crazy." or nuts or insane. In retort, Johnny is not a reliable source. In addition, Johnny is not qualified to make a medical or mental diagnosis of Max. To his credit, from Johnny's perspective the distinction between Max being insane or just so angry that he's shifted to a cold, calculating, and premeditated manner is meaningless. Johnny knows he's going to die. It wouldn't have made any difference for him to ask "Why are you so angry?" and try to negotiate with Max. Max had decided Johnny was going to die, and die badly. No negotiation was going to solve it, so the distinction was (in that circumstance) meaningless. Then, setting aside that I don't credit Johnny with an abundance of smarts, if he thought Max was really crazy, he would have thrown out some totally illogical stuff to try to shift Max's craziness to his benefit... possibly even letting him go. At that point, regardless whether Max was angry or insane, the gambit of "use the crazy" was Johnny's only possible chance for survival, and he didn't do it.

Maybe he did earn the nickname because people thought he was crazy. He sure didn't make much effort to prove them wrong. The misdiagnosis would work in his favor because a crazy person is less of a threat than a coldblooded methodical angry person because a crazy person is simply unpredictable but an angry person is predictably lethal. (in the dwindling state of civilization he's in) Maybe when the movie was made, the ambiguity was intentional.

Throughout the original film we watch Max become disillusioned with his life. He doesn't trust the justice system and he just wants out. He attempts to talk to his boss who just tells him that he's the best, yada, yada, yada.

Also, when Goose (who is Max's closest friend) is mutilated, We see something change in Max. His sanity is being tested and he can't handle it. He goes for some time off and his family gets killed. I think he is insane.

13
Was Blaster in Mad Max Beyond Thunderdome supposed to be the big farmhand in the original Mad Max movie?
7
How can they ride for 160 days in Mad Max: Fury Road?
2
Mad Max 3 - why did Auntie let Max live?
5
Why didn't max dump the trailer of mother's milk?
14
Why are there American-style vehicles in "Mad Max: Fury Road"?
8
Mad Max Fury Road: How did such sophisticated societies develop in the short time since the apocalypse?
7
How much blood did Mad Max lose in Fury Road?
7
Who is the man with facial deformities in Mad Max: Fury Road?