When did a paramedic lift Mjölnir?

I've seen numerous references on the internet to an event where a paramedic picked up Mjölnir and handed it to an injured Thor. The clear implication is that this unnamed medic was unknowingly worthy of the power of Thor.

The fact that no-one can identify where this scene is located makes me wonder whether it's simply someone's headcanon.

Can anyone identify this scene or, failing that where this urban (comic) legend originated?

/u/DominizZle of Reddit found what several people agree to be the scene in question in Thor (1998) #35. Several details are different than in the most common recountings, so this still may not be the correct scene, but I figured I'd throw it onto the pile. 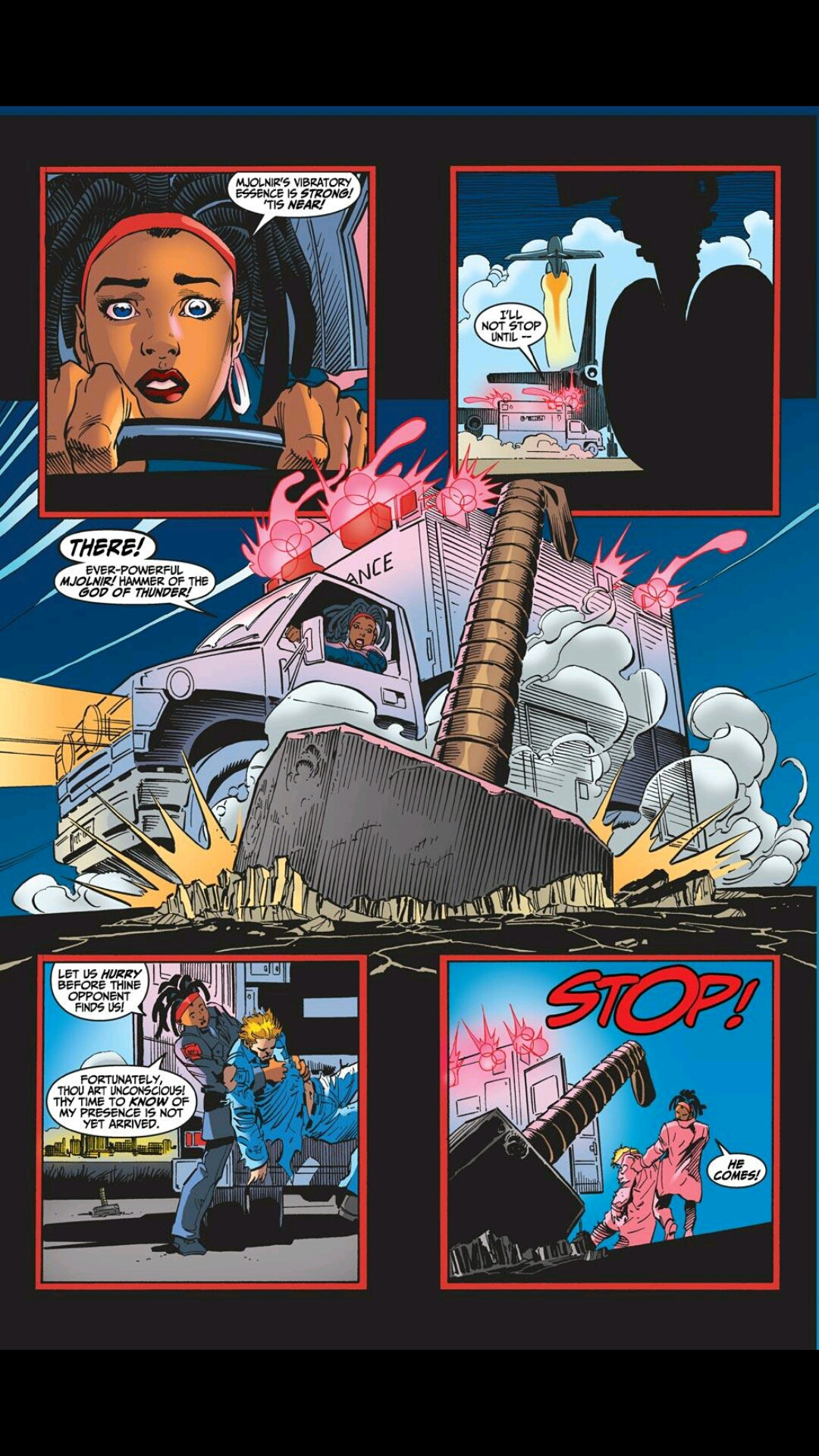 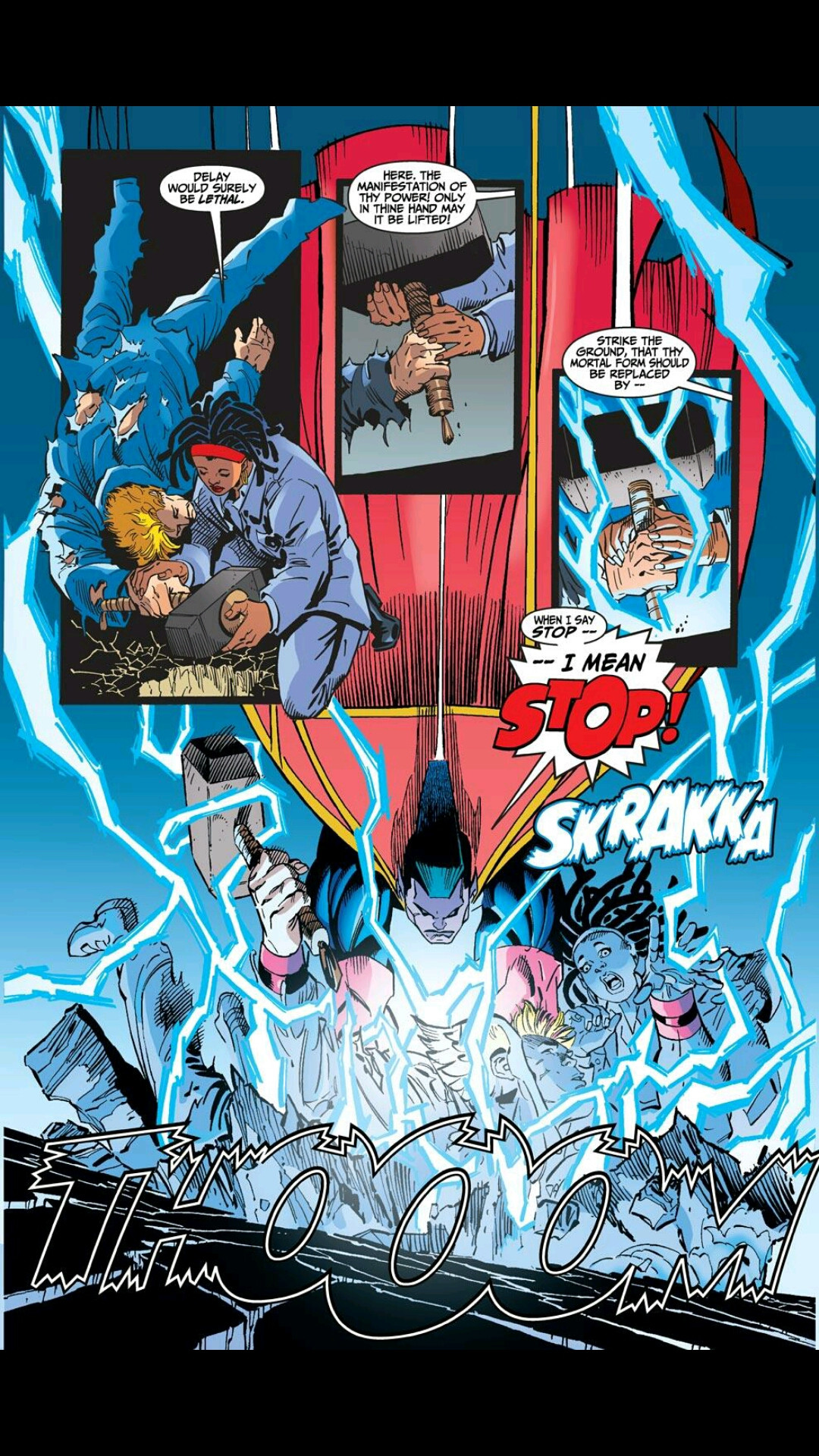 I think you could be referring to Jake Olson, a EMT who was Thor's mortal identity after the Heroes Reborn/Heroes Return events of the late 90's. He first appeared in Thor vol2 #1. This does not quite fit with your description, but it is the only EMT I know of linked to the Thor story.

For the character's history check out the Marvel database wiki. 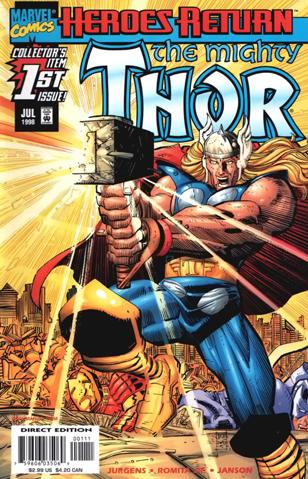 I have not read any Thor recently so I could be wrong.

I think people are conflating a few different events.

This is the more common and easy to find panel 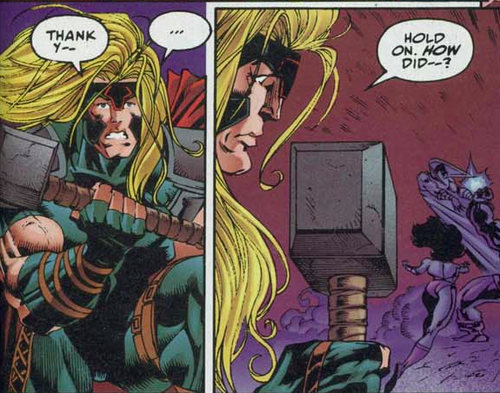 And this is the harder to find preceding panel, revealing that the mysterious person was Wonder Woman. 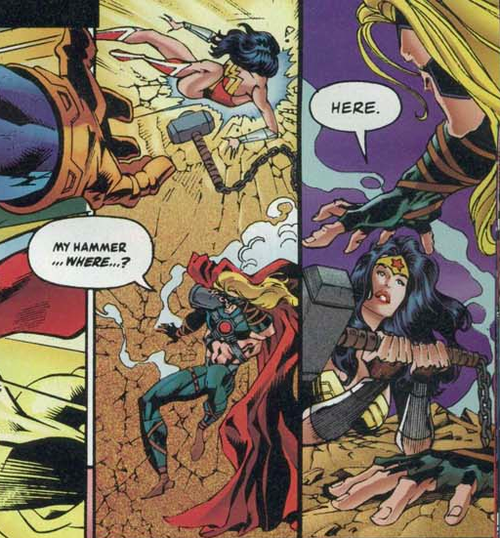 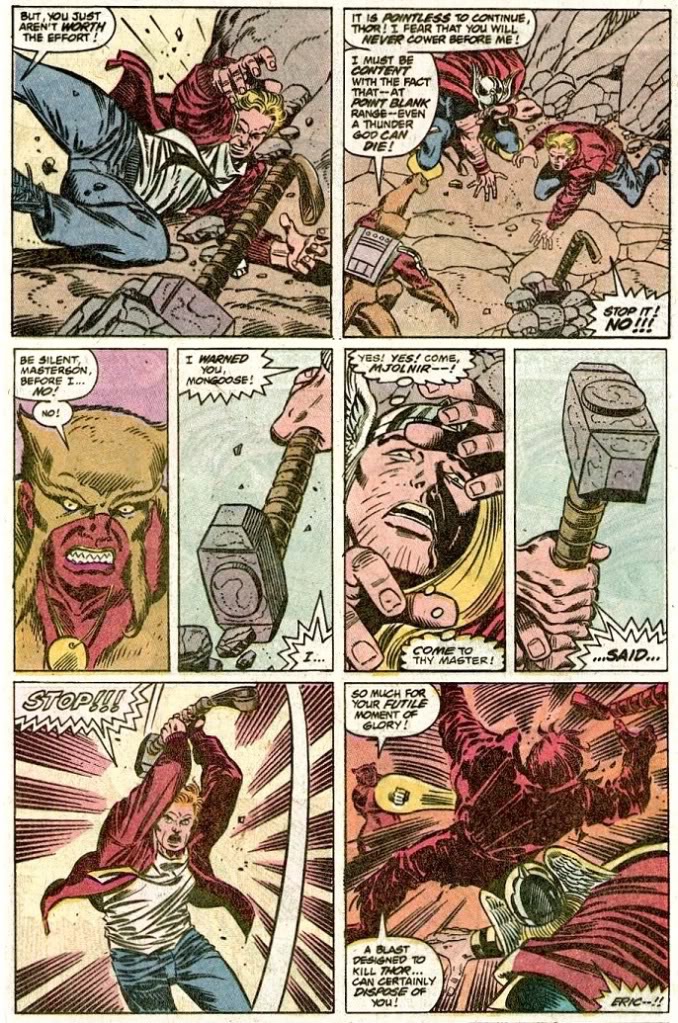 Put all of that together and you might end up with a headcanon scenario where everyone thinks they remember seeing a paramedic hand Mjolnir to Thor. A lot like the infamous nonexistent scene in Star Wars where Luke misses his first throw of his grappling hook.

Note: I don't think it is out of the question for a paramedic to lift Mjolnir, necessarily; he would be trying to help Thor, have good intentions, and be a decent person who had devoted his life to helping others in time of need. This certainly counts as "worthiness" in my book, but who knows if Mjolnir and/or Odin would agree with me.

Thanks to Nerrolken for adding the first two pictures

Not the answer you're looking for? Browse other questions tagged marvel thor-marvel episode-identification mjolnir or ask your own question.

0
If Thor's hammer is so heavy, why does it not crush the table it is on?

13
Canonically, can Mjölnir be lifted by brute strength?
7
Has Galactus ever been depicted attempting to lift Mjolnir?
6
Could Thor use Mjölnir to pin Hulk to the ground?
79
Why was Thor worthy to lift Mjolnir?
5
Can Mjölnir get dirty?
26
Can anyone lift Mjolnir when it is disguised?