In the final episode of Firefly (Objects in Space):

River Tam is aboard the Serenity

However, at the start of the movie Serenity,

River is at a high-security Alliance medical complex, presumably after having been captured

Is it ever mentioned what events occurred between the final episode and the movie?

The question's premise is wrong.

River does not end up in Alliance hands between the series and movie.

The scene you are referring to is a holographic recording.

You can tell it's a hologram because of the lighting difference between the room and the image being projected. 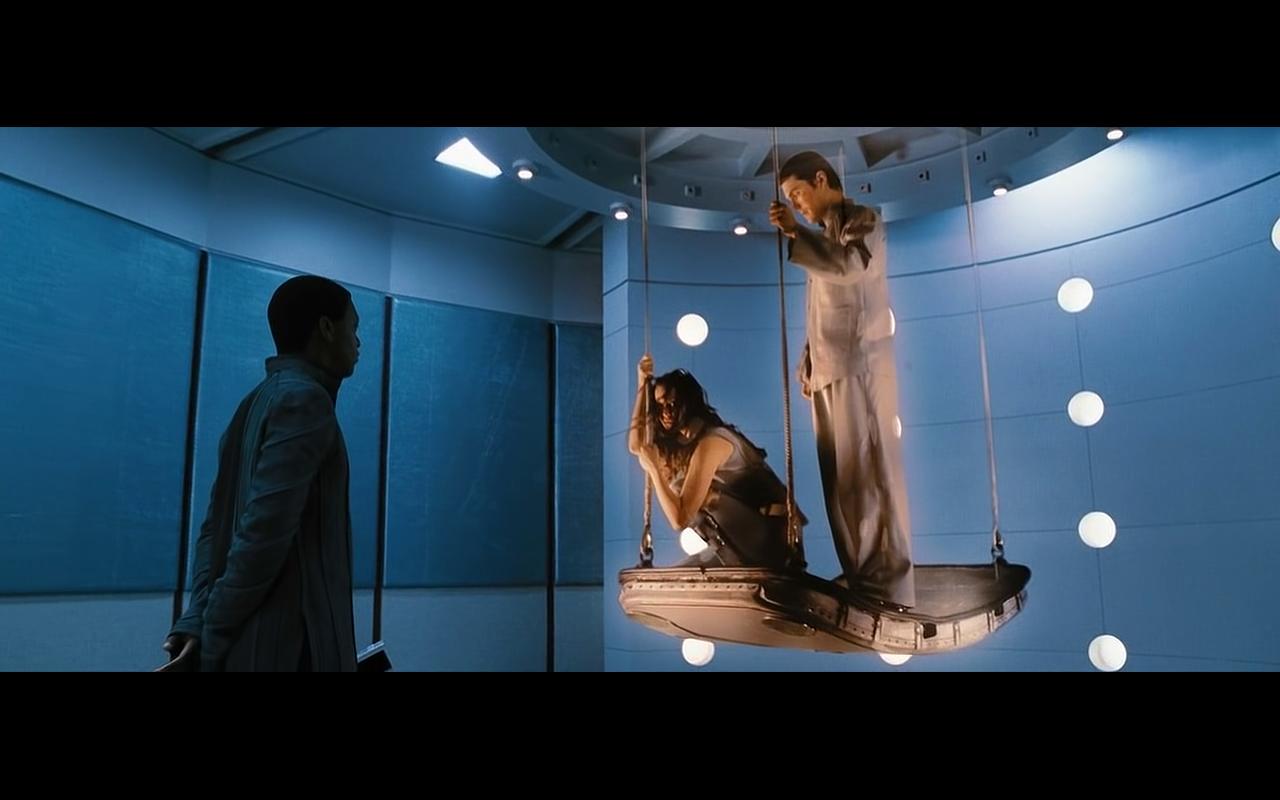 The script also backs this up,

The action REVERSES, taking us back to the moment of Simon and River on the gurney just before it rises.

There is a motionless beat, River frozen in that crouch, and he steps through what we now see is a hologram of the event.

And then later on:

River was your greatest success. A prodigy -- A phenomenon. Until her brother walked in eight months ago and took her from you.

So not only are the events a hologram, but the script shows they occurred 8 months prior to the film, which could easily place them before the series began.

I guess that this isn't particularly clear - but the actual sequence is revealed to be a recording.

However it's shown to us in this order:

I always assumed that she was captured again because she's not in cryo during the holographic recording shown at the beginning of the film, and originally, Simon didn't break her out. He paid other people to sneak her out in cryo and only met the on Persephone afterward. I guess Whedon thought he had to punch up the back story for the movie.

It is a flashback on how Simon had a key role in rescuing River from the facility.

I think she was re-captured, when Simon originally broke her out, he wasn't aboard the Serenity yet, and it's the Serenity ship they board, so she must have been captured somewhere between the series ending and the movie beginning.

At the end of the 3-part comics series, which are the events after the final episodes, the operative is sent after River and Simon. So the breakout hologram scene must refer to events before the series. However the operative is in the current timeframe, he is viewing a past event. Also it is known that Simon spent “years" getting the clearances to gain access to River, something that could not have happened after the events of the series, since he was a known “fugitive" by that time.

32
Other than River Tam, are there any other Psychics in the Firefly 'verse?
32
How are the series Firefly and the movie Serenity linked?
27
Why did the alliance show respect to Shepherd Book, in spite of his past?
10
How does the Alliance work?
42
Why was River Tam turned into an assassin?
2
Times River appears sane in Serenity or Firefly?
28
Are all of the Reavers and Alliance destroyed in the final battle in Serenity?
16
Why did the Hands of Blue use a "sonic device" to kill people?
14
Why did the details of River's rescue change for the movie Serenity?
14
What's the significance of the bounty hunter being named Jubal Early?