I can only barely recall the images but thats it. Will do my best to explain, you give me the title!

Main character; Female, white costume, has sort of flat hair with the rainbow streaks, touches a gold thing on her left shoulder to do stuff.

Then there is this large vessel (grey floating ship) that sort of transported all these characters through the show. Sort of post-apocolyptic environment. Can't remember.

Could it be "Spartakus and the Sun Beneath the Sea"?

It was one of my favourite shows when I was a kid. It has the female lead character, Arcana doing stuff by touching her shoulder, there is a hovering / flying ship with a square nose and some kids as main characters.

Is it Jem, which aired from 1985 to 1988? The main character, when in hologram mode, has light pink hair which sometimes looks white in the animation, and in some illustrations has streaks in it (such as merchandise). Her non-hologram form, Jerrica, has light blonde hair which separates into flat-ish sections. 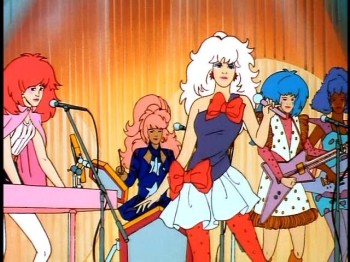 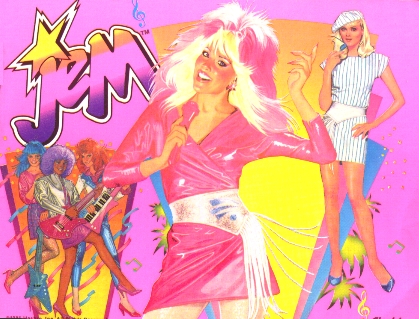 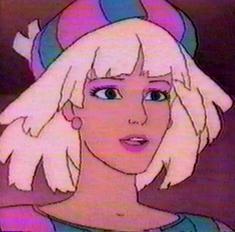 Jerrica touches her earring, which contains a small projector, to activate the hologram (to appear as her rock star persona Jem using the power of Synergy, a gigantic holographic computer). 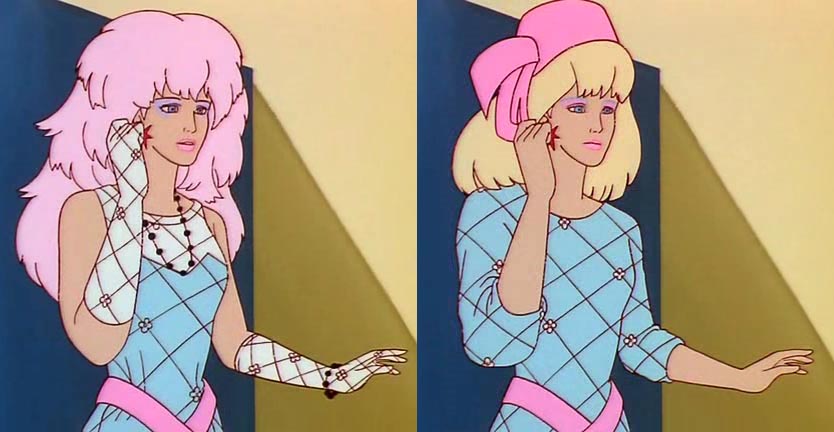