In which comic did Spider-Man remove his mask to rescue a girl?

I saw a snippet from a Spider-Man comic in a post someone made online one time. In this comic, Spider-Man is attempting to rescue a little girl from a height, or a fire. She's afraid of his mask, so he takes it off to reassure her.

The art was done in what looks like a newer style; I'd guess it was probably written in the last couple of decades or so.

This may be the official tie-in comic to The Amazing Spider-Man movie: 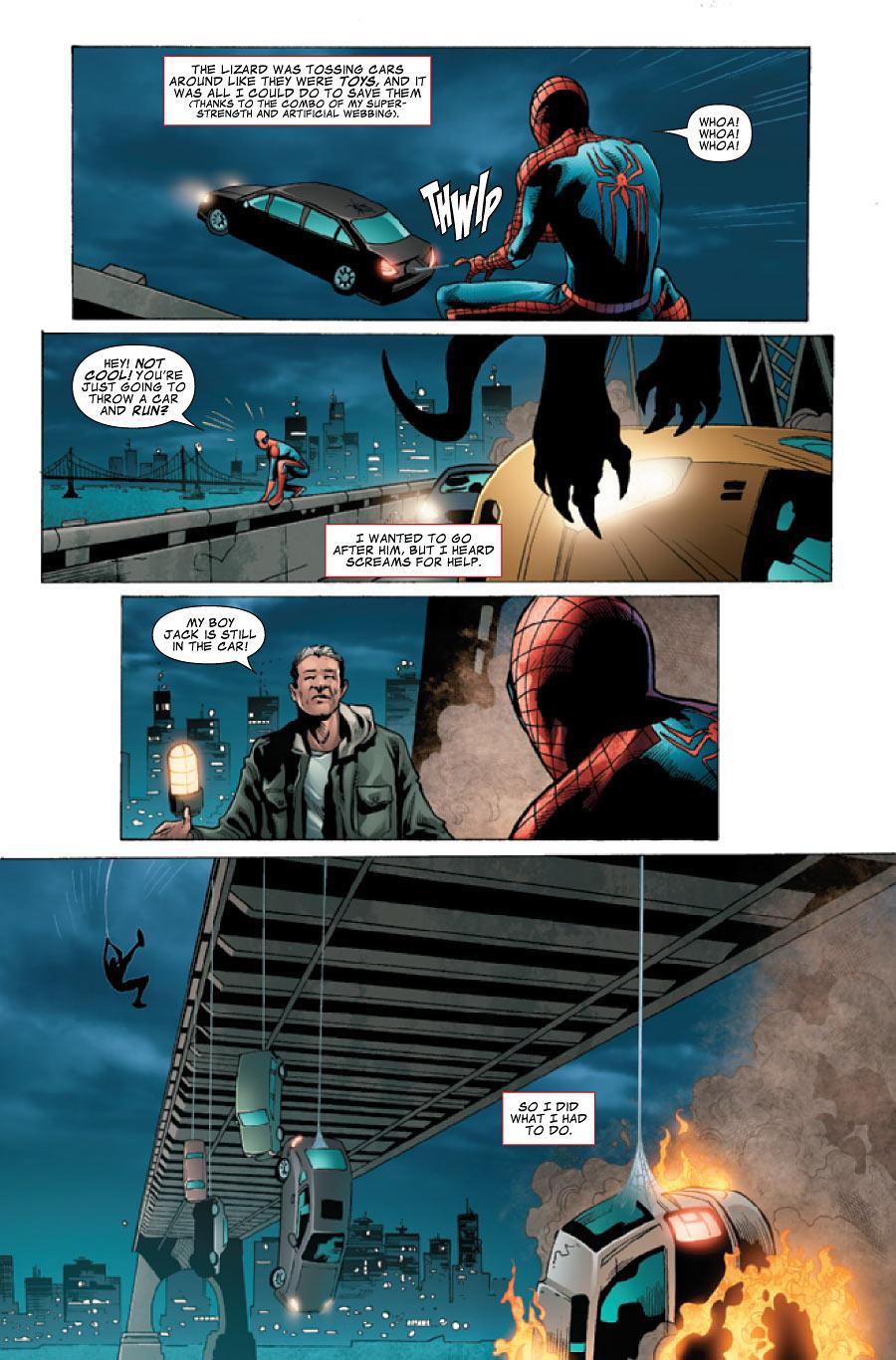 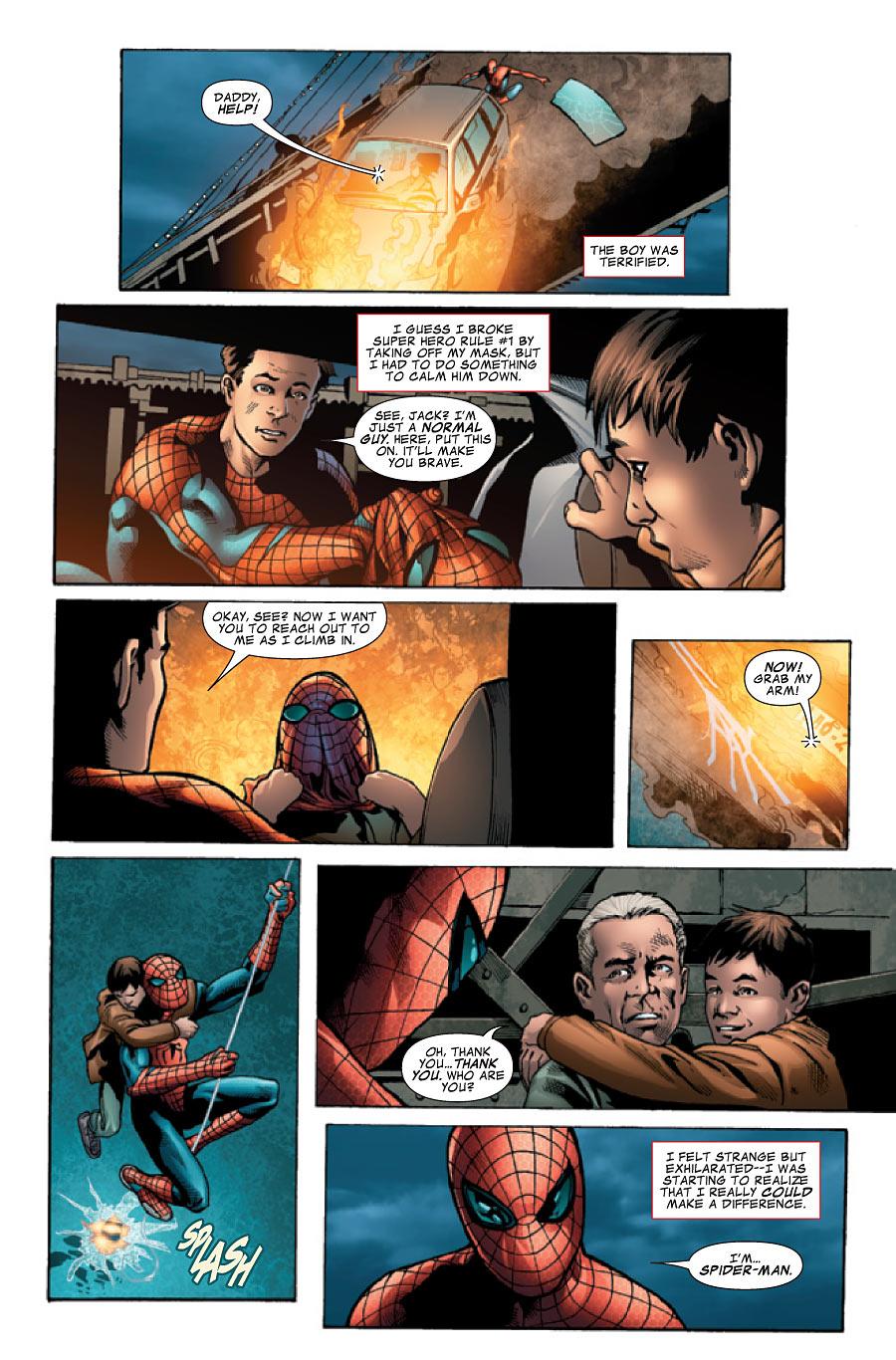 The Lizard was tossing card around like they were toys, and it was all I could do to save them (thanks to the combo of my super-strength and artificial webbing)

I wanted to go after him. But I heard screams for help.

Father: My boy Jack is still in the car!

The boy was terrified. I guess I broke superhero rule #1 by taking off my mask. But I had to do something to calm him down.

[Spider-man zips out of the falling car, holding on to Jack]

Father: Oh, thank you...thank you. Who are you?

I felt strange but exhilarated -- I was starting to to realize that I really could make a difference.

The child in danger is a boy, not a girl, and there doesn't appear to be imminent danger of discovery (as was mentioned in a comment on the question), but it otherwise seems to fit.

Not the answer you're looking for? Browse other questions tagged story-identification marvel spider-man or ask your own question.