Has Gambit ever charged / blown up a living creature?

I know Gambit's usually a good guy, but has he ever charged / blown up a living creature?

Possibly an arch-nemesis that pushed him too far or some mindless beast?

This source found a lot of examples of Gambit charging organic material:

Gambit battles Daken in DAKEN: DARK WOLVERINE (2010) #8, and although he doesn't fully blow him up, he blows the flesh off his arm...

Daken approaches them after they leave and gets into a bloody fight with X-23 in the streets before convincing her that they should work together to get Malcolm Colcord. As Daken meets with Colcord later in the night, Gambit and Laura attack them. While Laura is torturing Colcord, Daken approaches Gambit and offers him a partnership. Gambit turns him down as they have a vicious fight. Gambit winds up blowing the flesh off of Daken's arm before realizing the fight was a distraction as Colcord has knocked out X-23. Daken knocks Gambit out from behind. 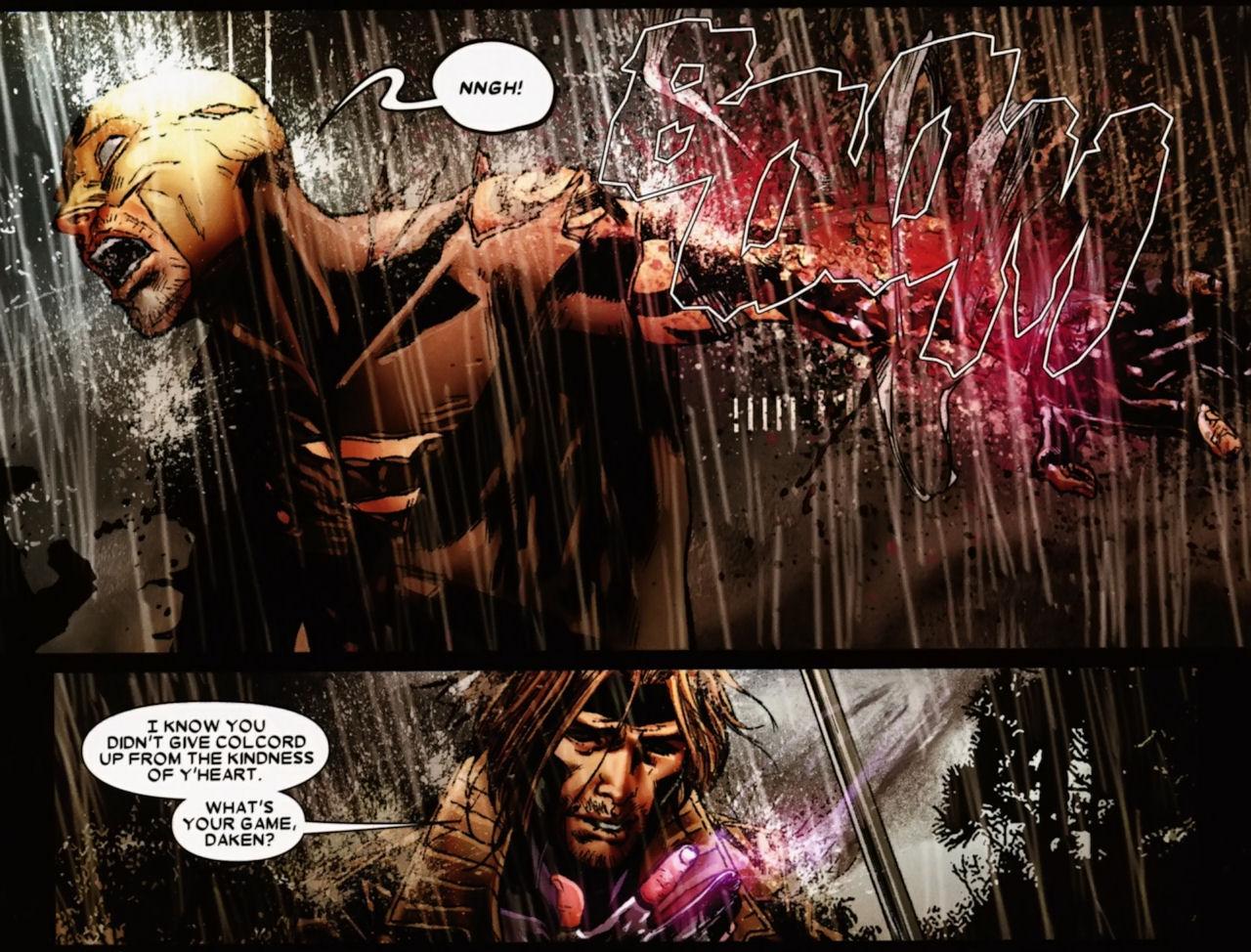 There is two answers. One, during the Gambit solo series, an alternative Universe Gambit called New Son, an energy God version with his powers maxed out, has killed everybody on his Earth, because the powers flared out. The plot states this has happened in multiple universes.

The second answer is yes, some versions of Gambit have or atleast threatened to blow someone up. One Gambit killed Hammerhead by charging his metal skull. Another threatened to do this to Wolverine adamantium skeleton in a fight.

Not the answer you're looking for? Browse other questions tagged x-men-cinematic-universe wolverine marvel x-men-origins-wolverine or ask your own question.

10
Is there a set limit on mutant abilities, where they're deemed too unrealistic?
27
Has Thanos ever been defeated?
20
Has Captain America ever been completely in the wrong?
5
Has Wolverine ever practiced solo vigilantism?
7
Why was Alex Summers in prison?
31
Has anyone ever tried to fix Professor X's back?
9
Has Captain America ever been an ape/monkey?
1
Have they re-cast any of the X-men actor within a particular "timeline" series?
3
Can or has the Spider-Sense ever been used offensively?
23
Has Peter Parker ever received any awards for his photography?