What kind of bird was painted on the Romulan Warbird featured in the "Balance of Terror" Star Trek TOS episode?

What type of bird was depicted on the Romulan Warbird featured in the Star Trek: TOS episode "Balance of Terror"? I imagine Romulus has several species that would be considered worthy of being called "Warbird", though it is possible the bird chosen was found off planet. I searched through Memory Alpha without success. 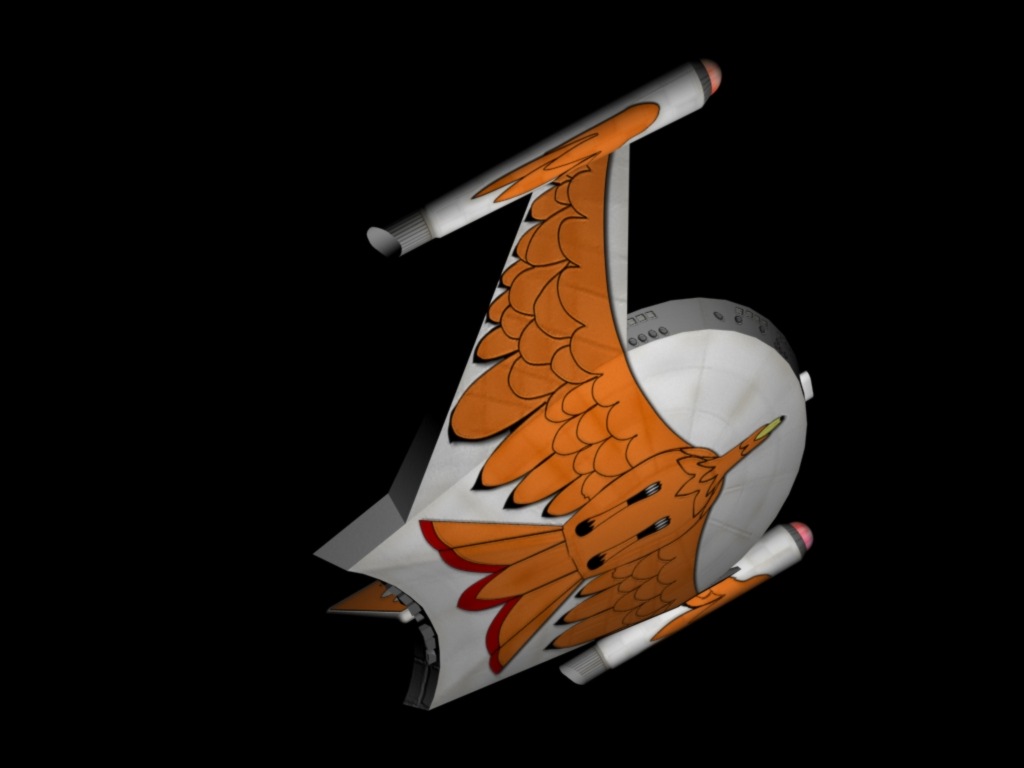 Crossing into Memory Beta territory, the bird is most likely a Rihannsu eagle, which is also featured in the emblem itself of the Romulan Star Empire: 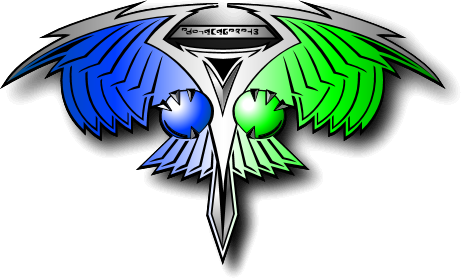 Excerpt: The emblem of the Romulan Star Empire is known as "the Eagle". It is a symbol of military might and honor, displayed on the bridge of every Romulan warship....The first scout parties to chart the Rihannsu's new homeworld encountered huge eagles carrying their eggs in their talons; today the Eagle grasps Romulus and Remus in its claws.

I always thought that there were Klingon birds of prey and Romulan warbirds, not Romulan Birds of prey.

Here are images of the Romulan emblem. Note that in those which look most like the emblems used in TNG there are two things at the top center.

The double-headed bird of prey emblem of the Romulan Star Empire was first introduced in "The Neutral Zone". The symbol was designed by Monte Thrasher. (The Official Star Trek: The Next Generation Magazine, Vol. 12, p. 54) A Romulan emblem was seen in "The Enterprise Incident", though it was never used again.

Thus we see that whatever type of bird was used in the Romulan emblem it was said by Memory alpha to be two-headed. Thank goodness, because I think it is very vulgar for someone who claims to be an emperor to use a merely one-headed eagle as his emblem.

Not the answer you're looking for? Browse other questions tagged star-trek spaceship animals romulan or ask your own question.

8
Was the episode "This Side of Paradise" (Star Trek TOS) a critique of the hippy movement?
5
What Star Trek TNG Episode featured multiple versions of Data from different dimensions?
13
How much unclaimed space exists in and around Star Trek empires?
4
Were Remans truly such great bodyguards and soldiers, given their light-sensitivity?
29
How would Starfleet know what a Romulan looks like in Star Trek 2009?
14
What Star Trek TOS episode featured lifeforms on the Enterprise living much slower/faster than the crew?
6
Which scene of Star Trek (TOS) featured a verbal countdown?
17
Why is "Romulan is a dirty word in the writers’ room" for Star Trek: Discovery?