I'm trying to remember a sci-fi book I read in the seventies. All I can really remember is that the two main characters were called 'Milk' and 'Apple'. 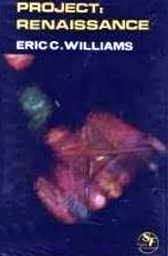 I managed to get a copy from AbeBooks so here's a summary.

The book starts in a bucolic post-industrial Britain where the prosperity of the country depends on cultural/artistic exports for foreign currency. Milk (a writer) and Apple (a painter) are two idealistic artists given a commission by a government minister in order to re-integrate/stimulate society. Other ministers try to sabotage the effort and a third character, 'Storm' is in the pay of one of the ministers to sabotage or take over the project. The story covers their wanderings around the country creating the art work while abroad the industrial world is destabilising towards a world war. When the art work is finished it is co-opted by the government minister who arranges for Milk and Apple to be kidnapped and sent as 'slaves' to Antarctica. Thirty years after a devastating war people revere the creators of the written/painted art. An expedition to Antarctica to find the artists is undertaken and Apple is found (Milk having died a few years earlier). Apple brings the recreated missing parts of the project back to Britain where it is part of a social renaissance.

I was 15 when I read this in 1976 and remember enjoying it very much. I would have loved the hippy sensibility at the time. The book has dated badly. Not just the period (Day of the Triffids has not dated as a story, even if its writing is a little old-fashioned). Still, it was a hoot to re-read after all these years and a link to simpler time and a younger self.

5
Novel with trainee herald - Tasting the blood of your first kill prevents haunting
3
Looking for name of a YA sci-fi novel about VR
10
Old book with Sci-Fi/Fantasy mix with four Irish relics (stone, cauldron, spear and sword)
30
Novel involving a sentient AI, alien hogs, and a Chinese colony governed by OCD
6
Sci-fi book with a deaf/mute main character and implant headphones
6
Children's sci fi book from '90s/early 2000s that had a cover with two kids, and a ringed planet in the background