I was reading a Wikipedia article the other day and noticed under Ultimate Toad's power list, one was stated as: the ability to spit a thick mucus-slime that hardens into a thick shell. Now, I could be wrong, but I don't recall seeing Toad use this attack, which would probably have almost the exact same effects as the film slime.

So, my question: Has Ultimate Toad ever been shown to use mucus-slime in any of the Earth-1610 "Ultimate" comics?

If he can, he doesn't use it or indicate that he can.

In battle, Toad of Earth-1610 primarily leaps onto opponents and grapples them with his tongue. In situations where he's close enough and has a clear shot, he still uses his tongue: 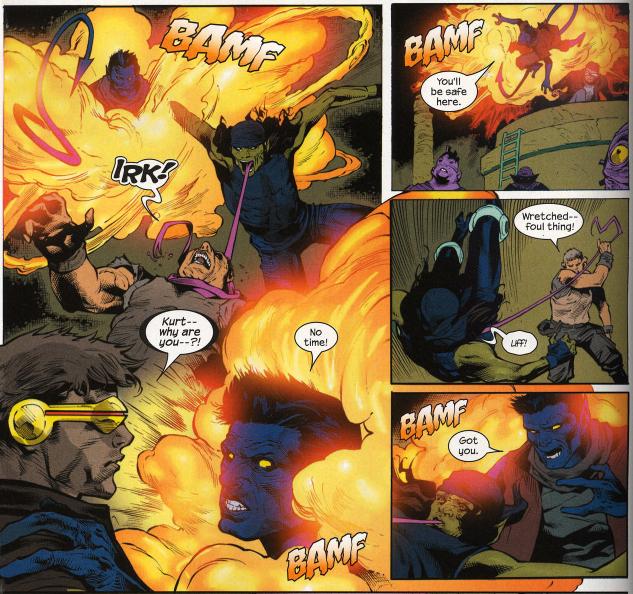 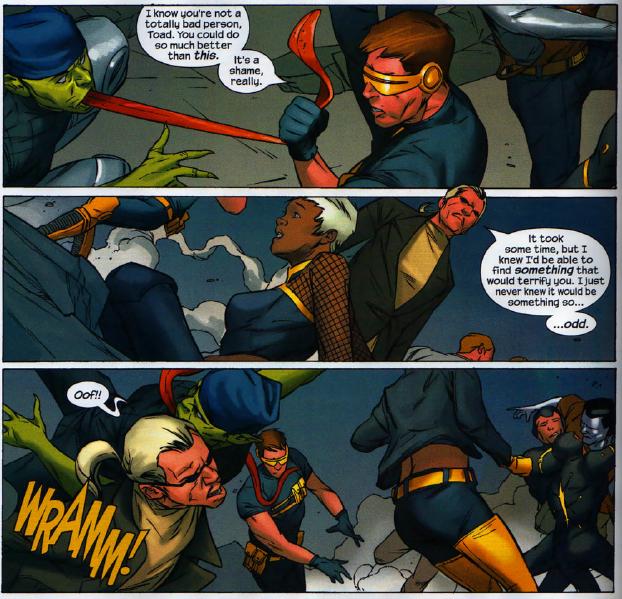 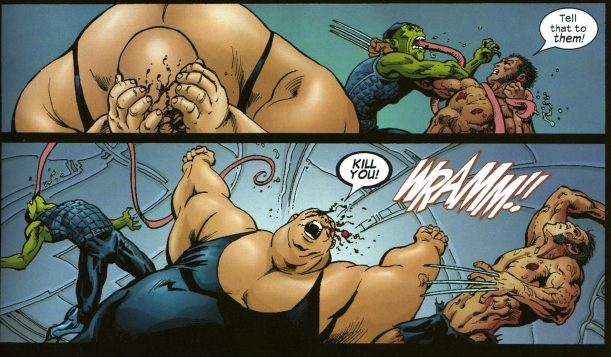 None of the dialogue around the character seems to indicate that he has spit powers.

Something else of note is that there's never even a hint of spittle or slime coming from his mouth, even when we see his face close up. By all accounts, spitting is not an ultimate power. The Wikia quote is probably just an assumption based on most incarnations. 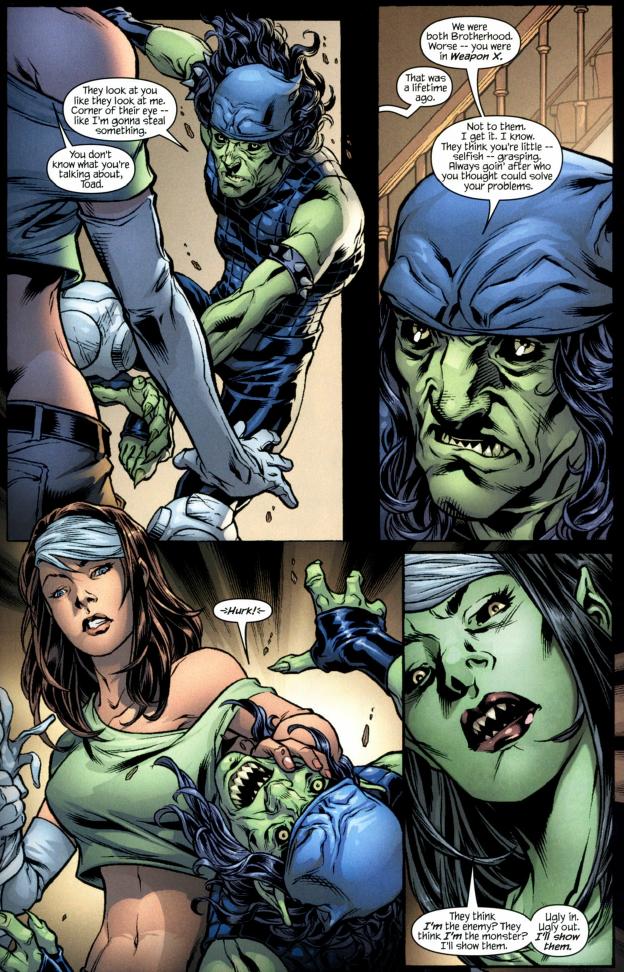 4
Can Kitty Pryde phase through material attached to her (e.g. Toad's slime)
2
Is the X-Men: Evolution Toad immune to his own slime?
3
Why doesn't Toad slime Storm in X1?
3
Is Jean Grey the only person Toad has slimed?
7
Who was the first person to be slimed by Toad?
12
Is the first X-Men film the only time Jean Grey has been slimed by Toad?