Just how many White Walkers are there?

I do recall a few instances throughout the series/books where they describe the armies of the White Walkers, but as far as I can recall I was under the impression that the vast majority would be comprised of wights, rather than White Walkers themselves.

Are there descriptions or discussions that take place that give any insight to how many actual WW there are?

We do see how one is made in the tv series, but with the age at which that occurs I am lead to believe there is either an age acceleration process that infants also undertake (they have all looked ancient as shown in the tv show) or they are taken somewhere to grow up and don't get enlisted in the army until they are 'of age', or something similar.

TL;DR: For now, we simply don't know. To date, we have never seen more than a few.

At the moment - as of A Dance with Dragons (books) and Season 5 of the show - we know very little about the Others/White Walkers, their society, or even their origins. Most of what we do know is in-universe speculation & rumor from various characters. In either source, however, we have never seen more than a handful of the creatures at once.

Craster's sons are transformed into Walkers via the Night King's touch.

However, we do not know if this the sole method of reproduction or simply another way of adding to their ranks. What we do know from the books is that The Others have existed on Westeros since before the arrival of Men, and they may even pre-date the Children of the Forest, which would make them the oldest species in existence.

We also know from the books that The Others possess genders just like Men. Although we never see a female of the species, the story of The Night King describes one:

A woman was his downfall; a woman glimpsed from atop the Wall, with skin as white as the moon and eyes like blue stars. Fearing nothing, he chased her and caught her and loved her, though her skin was cold as ice, and when he gave his seed to her he gave his soul as well. He brought her back to the Nightfort and proclaimed her a queen and himself her king, and with strange sorceries he bound his Sworn Brothers to his will. For thirteen years they had ruled, the Night’s King and his corpse queen, till finally the Stark of Winterfell and Joramun of the wildlings had joined to free the Watch from bondage. After his fall, when it was found he had been sacrificing to the Others, all records of the Night’s King had been destroyed, his very name forbidden. (A Storm of Swords, Chapter 56)

However, this story ALSO states that the king was "sacrificing to The Others", which could indicate that he was delivering babies like Craster. But given that females exist and that the king "gave her his seed", we also have to assume that they can reproduce sexually. The most likely scenario is that females of the species are extremely rare - that would then explain why the transformation method is used to augment the species.

Also, since we only saw the first few seconds of the process, we don't know if the transformation method

transforms the infant into a baby Walker which must then grow up, or if it somehow turns him into a fully functioning, adult Walker.

To date, we've been given no indication as to the number of the species. They have armies, yes, but the ones we've seen have been hundreds of Wights for every one Other/Walker. At most - during the scene in Oathkeeper - we've seen fourteen Walkers together.

Since the bulk of the species is said to live in the deepest parts of the North where no Man has been, it's impossible to speculate how many Others/Walkers there are in total. For all we know, there could be entire cities of them in the coldest areas.

The official script for Season 7 Episode 7, "The Dragon and the Wolf", has been released because it is up for an Emmy. In that it mentions that there are hundreds.

EXT. EASTWATCH, NORTH SIDE OF THE WALL

Emerging from the frozen coastal forest, the ARMY OF THE DEAD comes in force. All of them, 100,000 strong, with hundreds of WHITE WALKER officer corps on their dead horses

I believe that the most we see on screen at once, though it's unclear if these are White Walkers or wights but I believe them to be White Walkers, is 12 plus the Night King. This is in the final scene of Season 4 Episode 4, "Oathkepper", when we find out what the White Walkers do with Craster's babies. 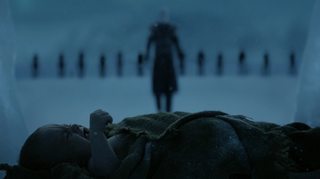 In the ending for Season 2 Episode 10, "Valar Morghulis", we can see 5-10 White Walkers though interestingly the effects company was told to do between 10 and 30.

“It was challenging because we only had 50 extras, which required crowd replications. They wanted about 1,000 zombies or wights, as they called them, with about 10 to 30 White Walkers mixed in, and we only had one White Walker costume that had to double for all these white walkers.
Fast Company, Collaboration Isn’t Always Pretty–Behind The Emmy-Winning VFX For “Game Of Thrones”

In Season 5 Episode 8, "Hardhome", we see about 4 or 5 White Walkers on the top of the cliff and one comes down to fight Jon and is killed. 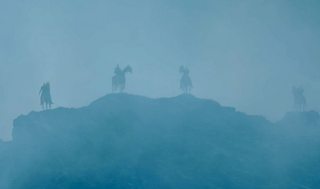 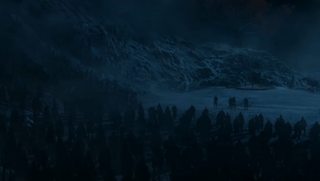 In Season 7 Episode 1, "Dragonstone", when Bran is spying on the dead, through Greensight I believe, I count what appears to be 6 or 7 White Walkers leading the army of wights.

In Season 7 when Bran is spying on the army of the dead with his ravens I only see 2 or 3 White Walkers walking along the flanks of the wights and 2 or 3 with the White Walkers though with the way it's filmed it's hard to say for sure.

In Season 7 Episode 6, "Beyond the Wall", we see what appears to be four White Walkers with the Night King after Jon Snow has just killed one. 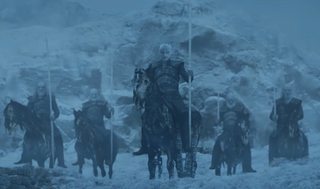 It would appear their numbers are into the double figures but as to an exact amount we do not know.

In the episode where we saw the baby boy being converted there stood 12 walkers in the distance. This may not be them all and we don't know if all are male. however if it is then we also know after than event Jon Snow killed 2 leaving 10 in all.

After watching episodes in season 7 featuring the undead army not all known walkers are with the army suggesting there is either a second army or the others have remained behind.

We don't know how long baby boys have been offered but assuming they take the same time to become an adult as a human then they need to be cared for. This would mean that they have a dwelling of their own which I would have through by now that the wildlings or the children of the forest would know of the location. As well as defeating the Night's kings army their dwelling and all its population would need to be slain to prevent a return.

we see many of them (definitely more than we saw ever before). 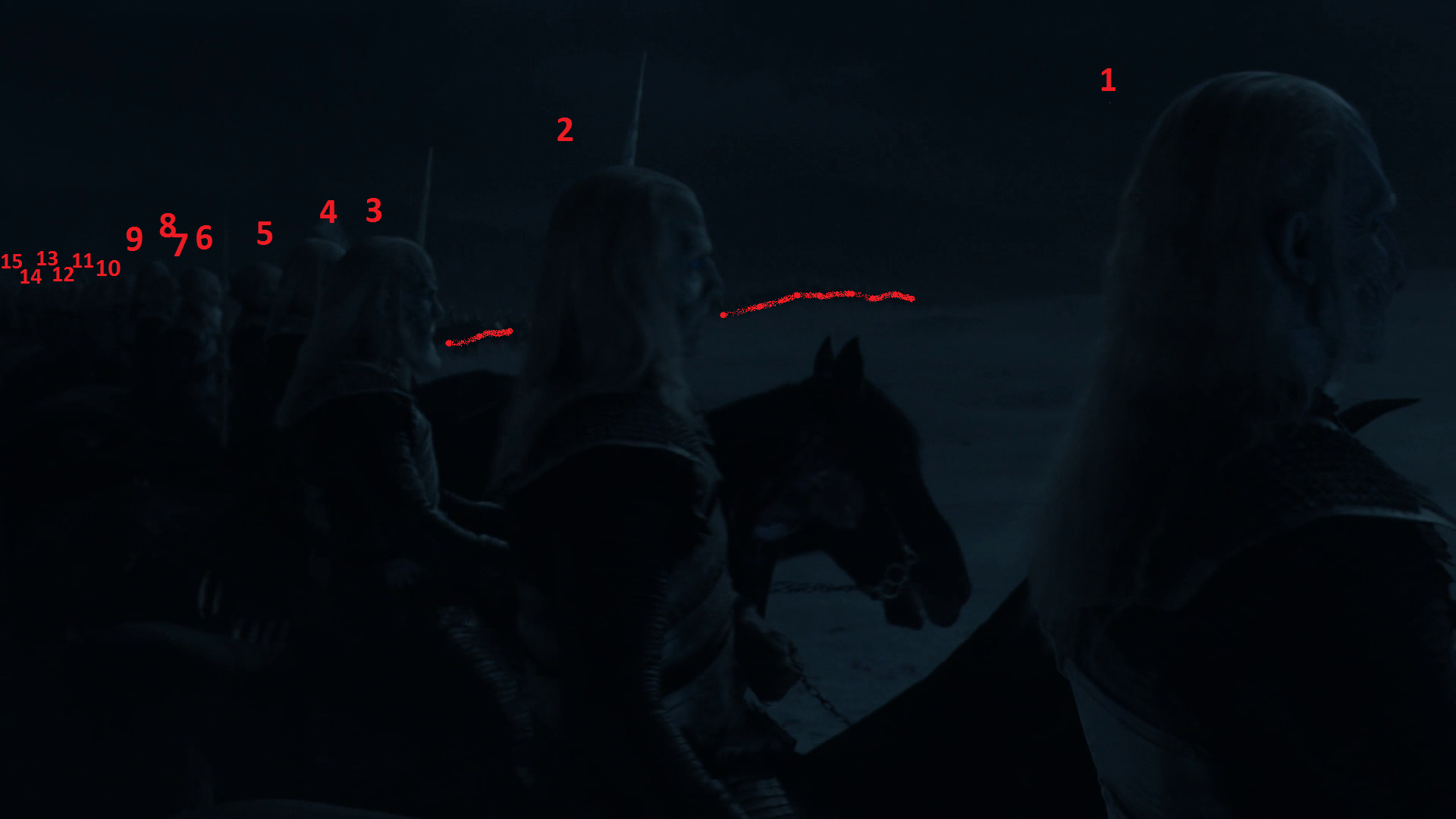