How is Thor's hammer imprinted?

In the Age of Ultron, Thor went to the water of sight with Erik Selvig and was able to get deeper into his vision of the four infinity stones which had surfaced in recent years, and Thor immediately returned to Stark tower and sent lightning through his hammer into the cradle, and The Vision emerged. The Vision was then able to wield Thor's hammer.

So we assume that the imprinting is some sort of mental telepathy thing. Odin and Thor are strong enough that they are able to channel their powers through the hammer enough to enable a strong enough entity to wield it. ... But we are told elsewhere that Asgard is not magical. That it only seems like magic to us because their technology is so much more superior than ours. So what is the technology behind the ability to wield Thor's hammer?

Captain America and Tony Stark may not have the vantage point to see it in Age of Ultron, but as consumers of the MCU, are there other plot elements elsewhere in movies or comic books which explain how Odin and Thor are able to channel control of the hammer?

As with much of the Marvel Cinematic Universe, the Asgardians, their lifestyles, their technology, and their magic remain intentionally mysterious. With that said, there is no canonical information explaining how their technology works. 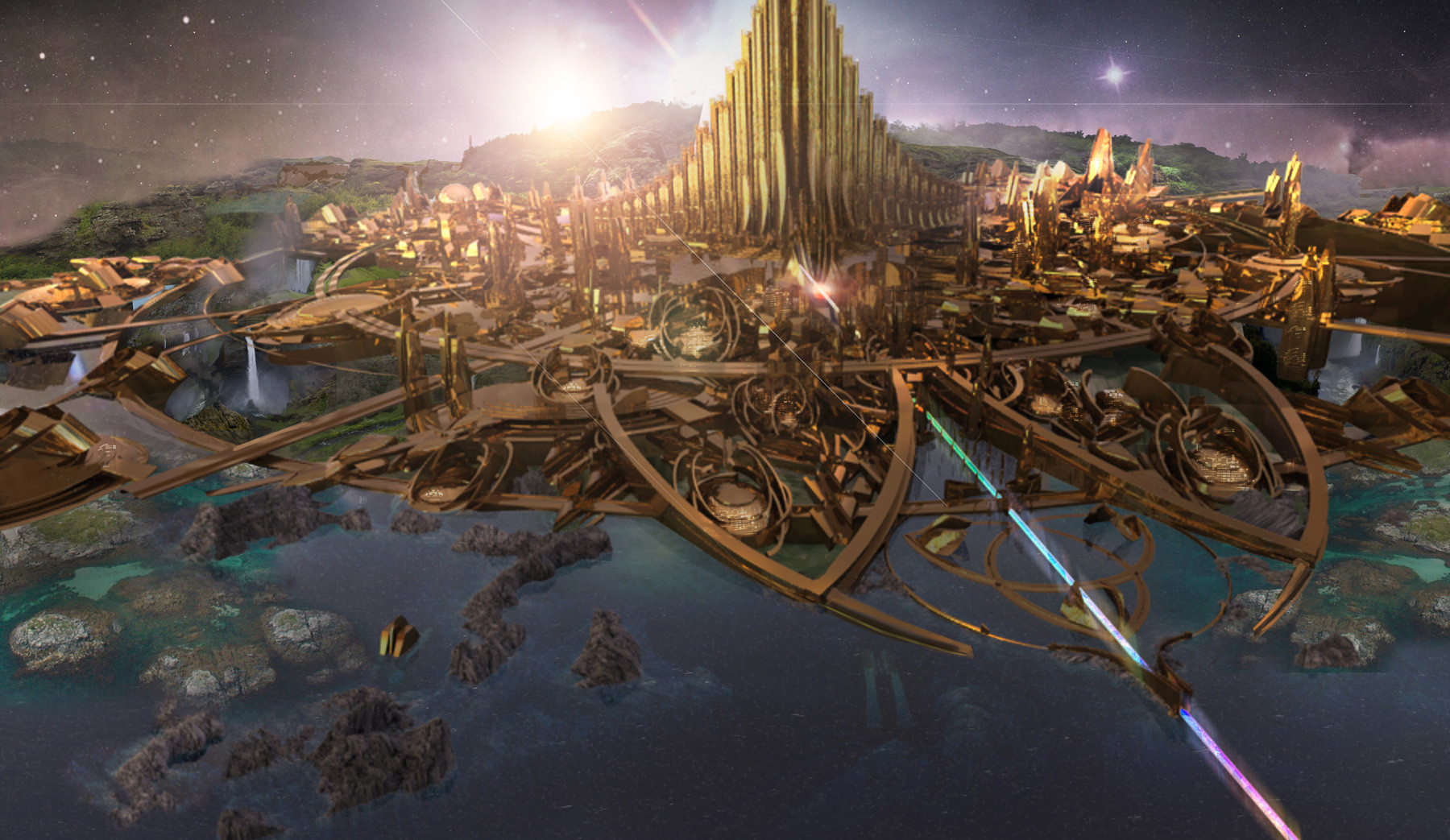 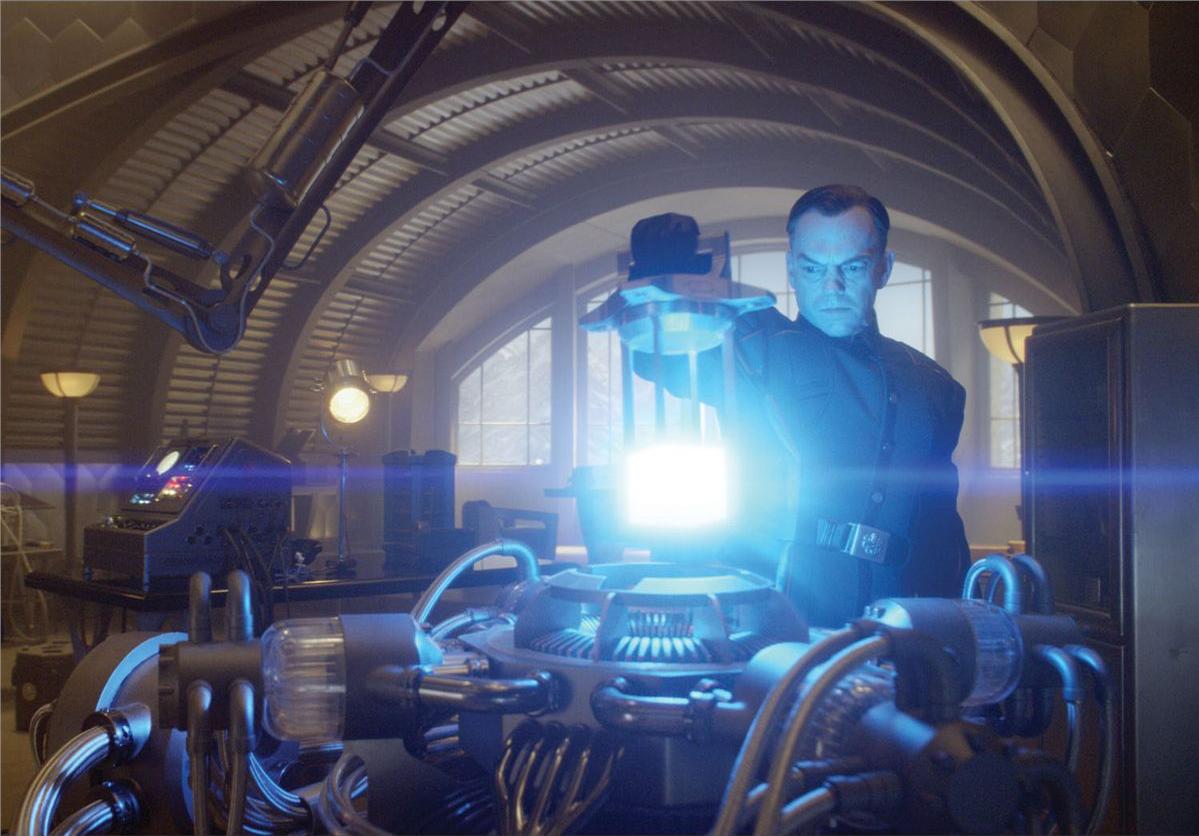 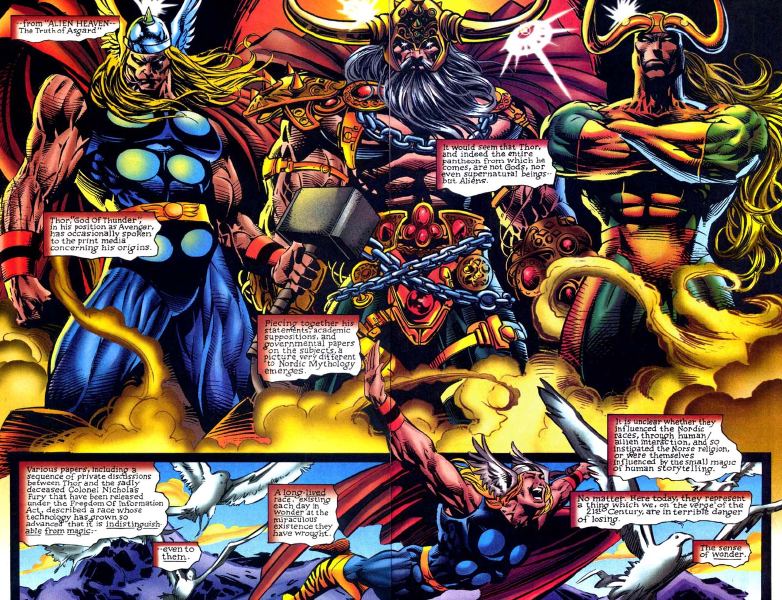 Theres a much simpler answer and that is that thor's hammer when placed on an inanimate object doesnt plummet through the building and only stop when it gets to the core of a planet right? it is able to rest on surfaces without damaging them and the vision while a nice guy is not alive in the traditional sense and is therefore able to lift the hammer. He can not throw it and have it return and he cannot summon thunder as thor does or use it to fly. Thor not being a scientist or sorcerer atributes the vision being able to lift it as him being worthy but I doubt the hammer even identifies the vision as being anything more than another table.

In the comics they're gods by and large extra dimensional beings that we perceive as being humanoid so that our brains don't explode when looking at them thats why galactus is a giant purple and blue guy with funny headgear. If you were to see him without your brain filtering it you'd die instantly. Thor in the far future is all-father and even creates a new race of humans and names One steve and the other sharon and repopulates a long dead earth with them.

Not the answer you're looking for? Browse other questions tagged marvel marvel-cinematic-universe avengers thor-marvel avengers-age-of-ultron or ask your own question.

53
How does Mjolnir determine 'worth'?

53
How does Mjolnir determine 'worth'?
15
How could Thor's hammer Mjölnir be forged in the heart of a dying star?
17
Does being worthy negate the weight of Mjolnir?
11
Why didn't Tony actually try Thor's fingerprint?
83
Why was Thor's quinjet password 'Point Break'?
22
If Mjolnir was made for Thor, why is Hela seen using it in Thor: Ragnarok before it was even given to him?
10
Does Thor's hammer give power or channel it?