What happens if a Green Lantern is unable to recharge the ring at the end of the 24 hr time span?

If I remember correctly, each of the versions of Green Lantern summoned the power source lantern with their ring. Without power, the GL would die in a hostile atmosphere. How does a GL access the power lantern without a powered ring? If the GL is on the other side of the world, does he/she have to travel back to his/her residence to get to the power, or can a discharged ring still summon the power lantern?

If a Green Lantern is in a hostile environment and unable to access a power battery, the most likely consequence will be: the Green Lantern ring wielder will die. Once a ring has completely drained its primary and secondary reserves, all of its defensive properties will lapse. Without power, the ring is just a piece of technology without power to perform any of its features. 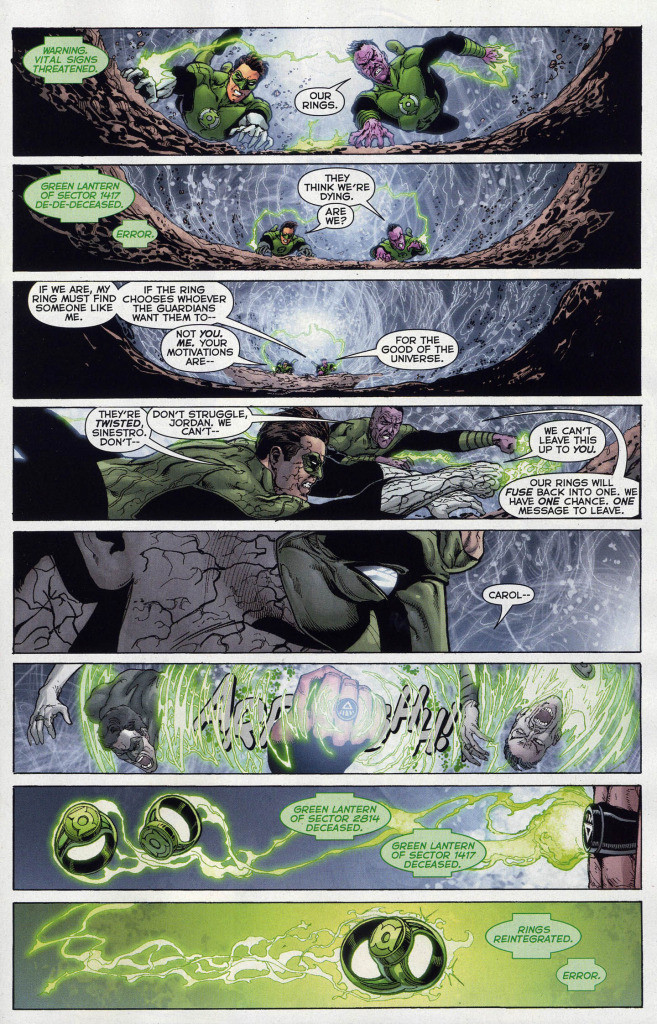 A ring could be recharged: 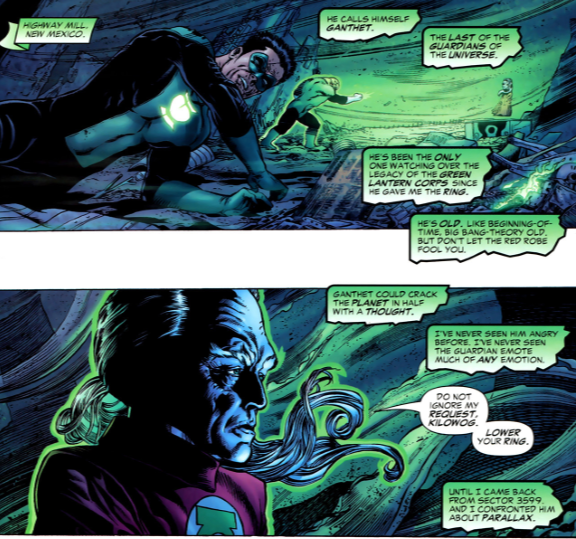 The power ring can carry a charge for twenty-four hours before it is depleted. Minutes before it runs out of energy, the power ring will flash on and off, indicating its need for recharge at a power battery. Recharging takes approximately ten seconds. The ring can also be charged at the Central Power Battery and can draw off a charge from other rings. [Showcase #22, Tales of the Green Lantern Corps #1, GLS # 1]

Additionally, the Guardians of the Universe can recharge the power ring at will, as their bodies are storehouses of the emerald energies. Power can be drawn off their projections as well. [Tales of the Green Lantern Corps #3, GLGANTHET, GL3 # 48, DDAY ANNUAL # 1] 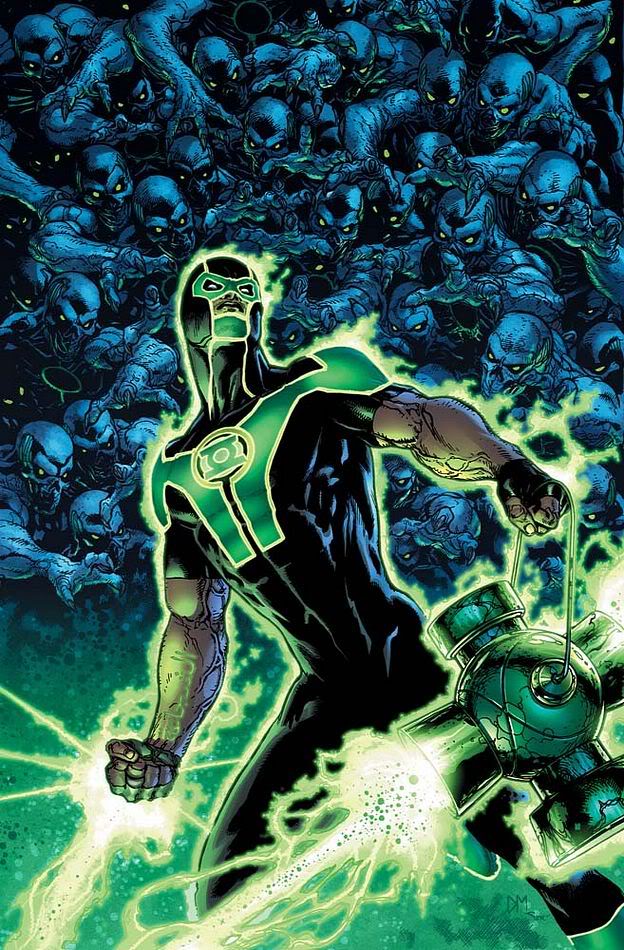 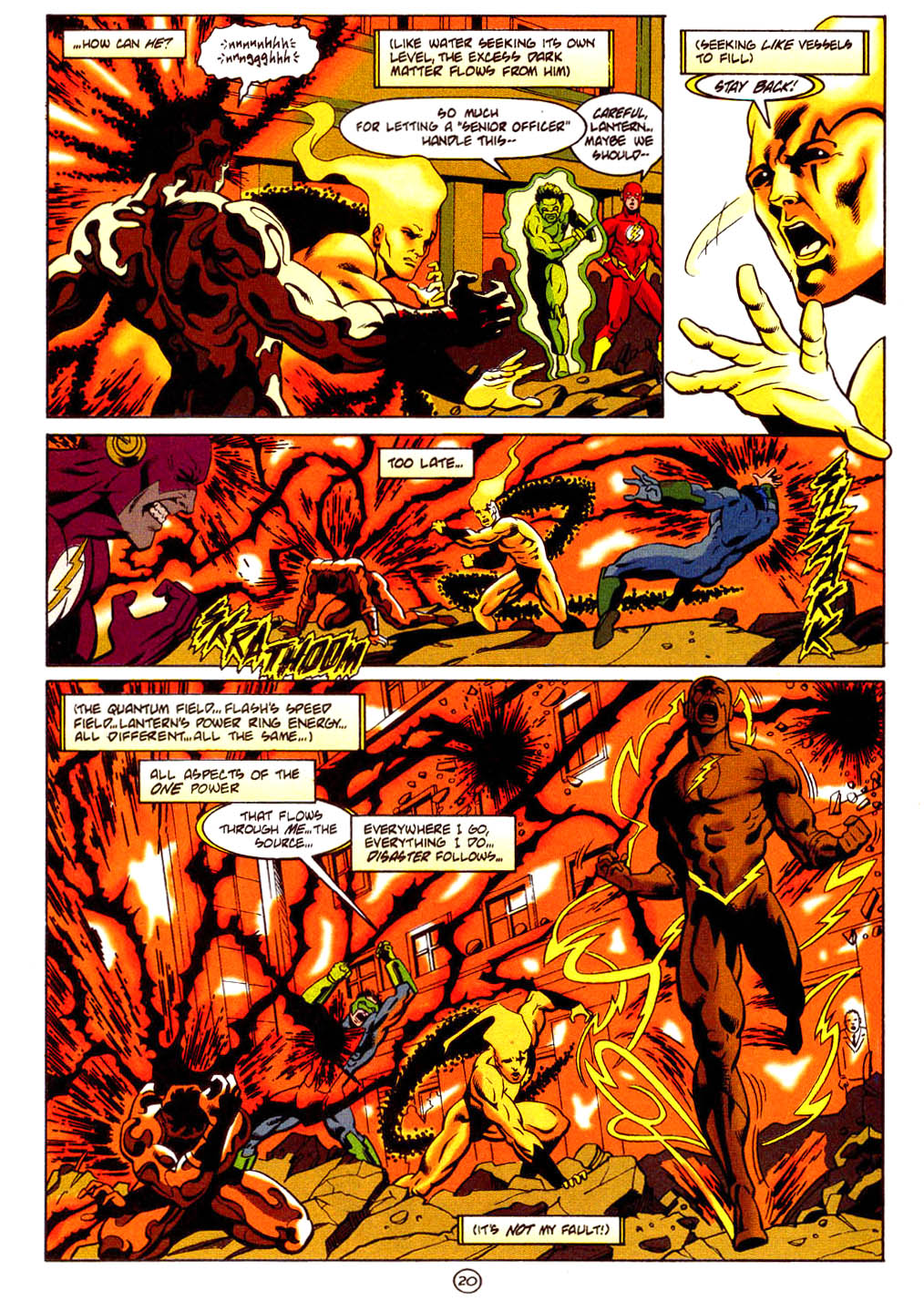 Originally (even with the non-GL Corps Alan Scott stories) a Green Lantern had to charge their Ring every 24 hours. That, and a weakness to yellow objects, prevented the Corps Ring Slinger from being invincible.

Often in the post-Alan Scott comic stories the Lantern of Sector 2814, Hal Jordan, would run out of charge mid-fight causing him to rely on his wits. In issue 46 of Green Lantern Vol 2, for example, the ring's energies expire and we see there's an emergency power reserve specifically to protect the bearer from mortal harm when the regular charge runs out. 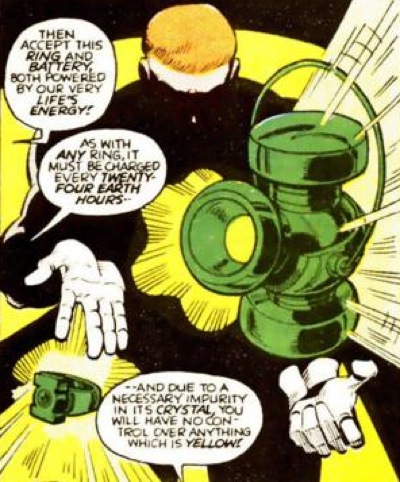 I'm not sure if this answer is correct in the NEW 52! continuity but as Lantern & Bat Universes didn't change much after Flashpoint I expect the following to still be the case:

Currently the Green Lantern Power Ring acts like an electronic gadget and needs to be charged regularly. Now, though, the length of time is based on the charge not a specific time frame - the more a GL uses it, the faster its power runs out. Rings are capable of providing their bearer with its charge level upon request, they can be set to low-power-usage state or even be put into hibernation. Rings can also place its bearer into a protective bubble when its charge gets low, so that the Lantern might wait for rescue.

When the GL charges their Ring off of the personal lantern -personal power battery- it returns to the maximum charge. These batteries are directly linked to the Central Power Battery on Oa (the Lantern Corps Base of Operation) and themselves do not need recharging.

Jordan & Kyle Rayner used to kept their batteries nearby (at work or at home) for, if needed, they could travel at amazing speeds to retrieve them but that changed with the reforming of the Corps. 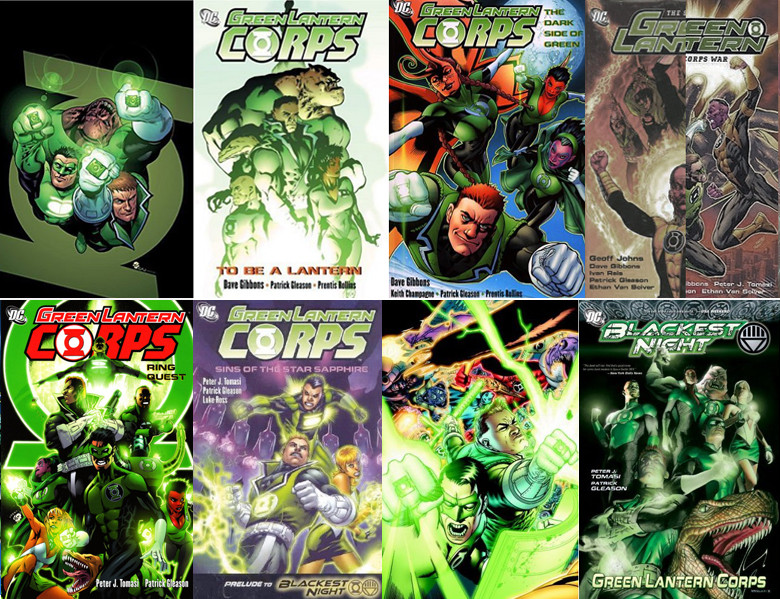 According to an entry on the DC Wiki for Green Lantern Power Battery - Batteries are often hidden in a pocket dimension when not in use. Which might indicate that a GL can access them at any time or any place. Yet, I could not find any specifics on this and as I've never seen a GL duck out of a fight on Alpha Centauri to recharge. As a result it seems that the bearer cannot access this pocket dimension from just anywhere.

According to an entry on ComicVine.com for Recharging, under Powers & Abilities - Other large sources of power may be used to recharge a Power Ring, however effectiveness may vary. There are many instances of this including when GL of 2814 fought the Old Doctor Light as well as when GL of 2814 teamed-up with the New Doctor Light, not to mention from proximity to Guardians (the founders and leaders of the GL Corps).

It could be inferred that, were a Lantern in outer space a star might serve to recharge their Power Ring. However I could not find a specific instance of this.