In what war was the Maximov twins' home destroyed?

In the Age of Ultron, the Maximov twins describe hating Tony Stark because a missile with Stark's name on it landed in their apartment when they were children.

In what war was that missile shot into the Maximov home?

I assume this was an American missile shot into a Sokovian home.

Since Sokovia is a fictional country and no named war/conflict is mentioned, there is no absolutely accurate way to discern which war they are referring to.

However, we can do a little bit of informed speculating.

First up let's look at the time frame.

The twins explain that they were 11 when their parents were killed.

HYDRA acquires Loki's scepter sometime shortly before Captain America: The Winter Soldier (detailed in The Age Of Ultron Preview: The Scepter'd Isle). Immediately following this, the twins are recruited by HYDRA.

Obviously, the twins are no longer children in 2014. Visually speking, roughly 10 or so years having passed makes sense.

We know that Sokovia is somewhere in Eastern Europe (stated in both Age of Ultron, and Agents of SHIELD), and the signage we see in the area is written in Cyrillic.

The Age of Ultron preview comic mentions a bit about what the protestors are rallying against: namely lack of protection by the government and oppression. 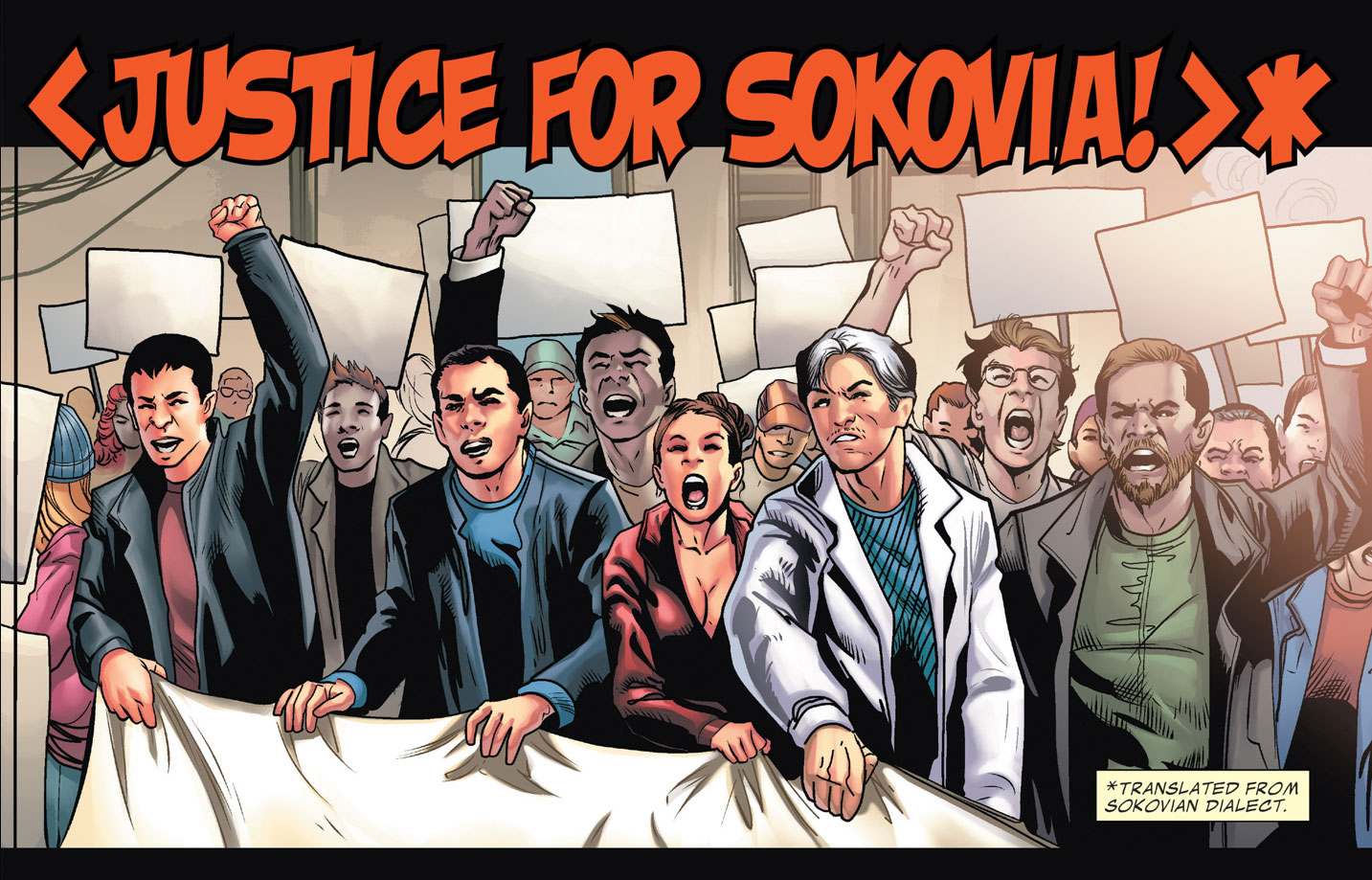 The general location, the vague description of the conflict, and the general timeframe leads me to believe that the war in Sokovia is meant to reflect The 2004 Unrest in Kosovo.

Alternatively, there were some slightly earlier conflicts which may also match depending on how you interpret the ages of the twins:

10
Who are these two people from the Avengers: Age of Ultron trailer?
3
Is the scepter inherently evil in the Avengers?
14
Why is Clint not entranced by Wanda Maximoff in Age of Ultron?
2
How is Thor's hammer imprinted?
13
How do the Avengers communicate?
18
What did Veronica spray on Hulk in Age of Ultron?
4
Which Stark developed the stealth tech used in S.H.I.E.L.D. Quinjets?
8
Why was the Hulk knocked out by Thanos but was not knocked out after being driven through a building by HulkBuster?