In the first Agengers Assemble movie, Romanov states that she "has red on her ledger" because Fury sent Barton to kill her, but that Barton decided to spare her. She said she did not like having red on her ledger, and she needed to repay Barton so that she did not owe anyone anything anymore. She even went so far as to use the words "I've been compromised" to describe the debt to Barton which she wanted to eliminate so that she did not owe anything to anyone.

But then in Age of Ultron, Romanov thanks Banner for saving "her best friend" (Barton), and then we see that Romanov is the only one who knew of Clint's family, and that Clint even named his soon to be born child Nathaniel after Natasha.

So how did Natasha and Clint go from simply trying to erase a debt in the first movie to being best friends in the second movie?

I guess the change had mainly to do with Romanov, since Clint is so easy going, but I would just be guessing. Does anyone know from any other movies, tv shows, or in-universe comics?

They were always close...

Well to start with, she and Barton were clearly close during Avengers 1, moreso than you seem to imply. It's true that she feels indebted to him, but they also act with quite a bit of tenderness after Barton sheds Loki's influence. They're clearly more than business partners, they're friends, or at least close companions. 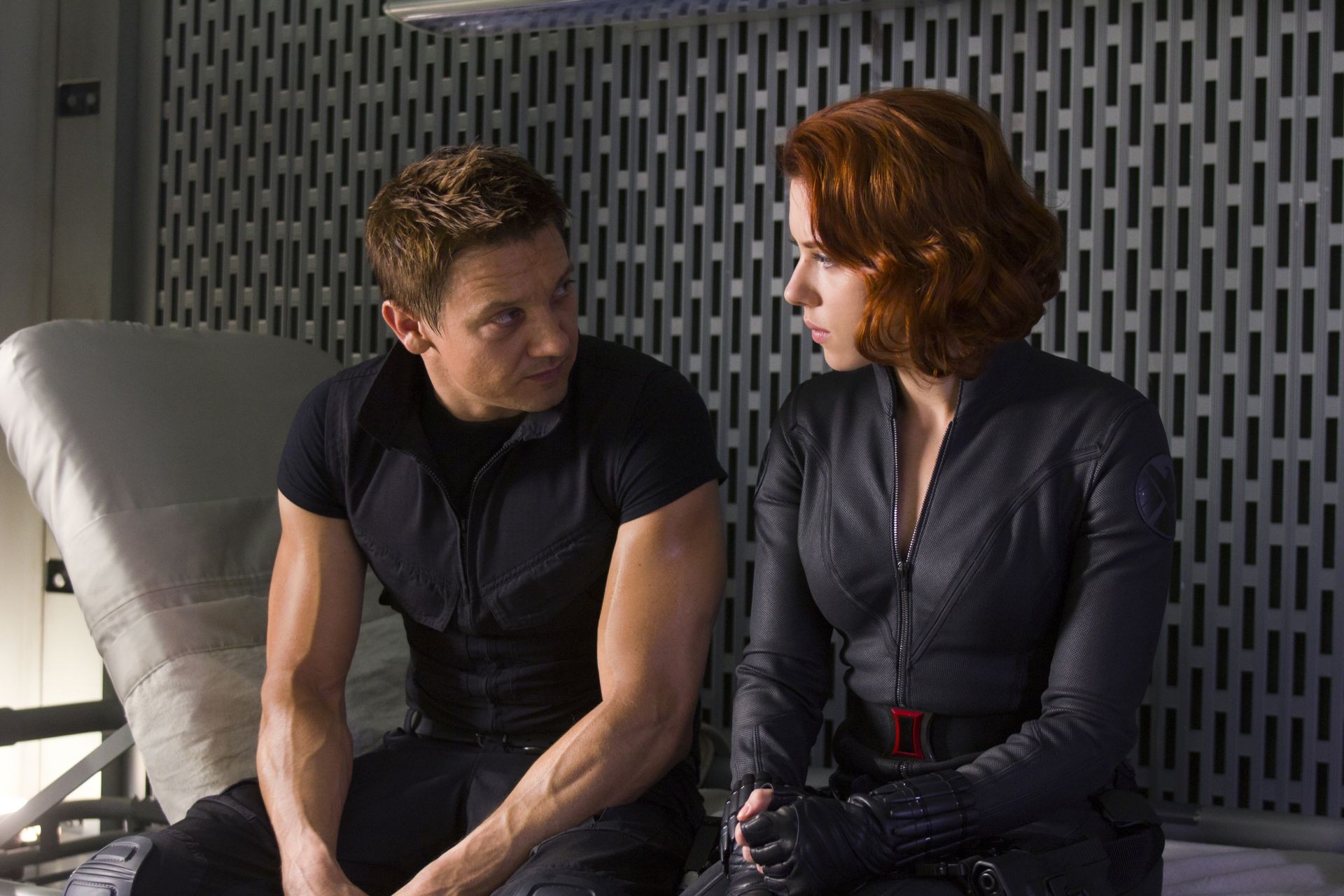 That being said, you're right, Widow's side of the interaction seems substantially warmer during Age of Ultron than in the previous film.

...but Winter Soldier changed her attitude about friendship.

Black Widow's arc during the events of Captain America: The Winter Soldier revolved largely around her trust issues, and her unwillingness to believe that her teammates genuinely trust her. She opens up quite a bit to Rogers about her doubts, even her lack of self-awareness around her own nature and trustworthiness.

In that film, we see her toy with the idea that she might actually be able to have friends, not just brothers-in-arms. Then, when we pick up with her in Age of Ultron, she is pursuing a romantic relationship and acting much more warmly with Barton.

This isn't a coincidence.

It's never explicitly stated, but it's a reasonable assumption that Romanov continued her emotional exploration of friendship and trust between Winter Soldier and Age of Ultron, testing the waters of being less stand-off-ish with her squadmates and flirting (for real) with a cute guy on her team. We know that Cap was encouraging her in that effort (from their conversations in Winter Soldier and his bar-side chat with Banner in Age of Ultron). And for those who dislike the Hulk/Widow romance, it actually makes a good bit more sense when you factor in this multi-film arc: Romanov isn't just suddenly thrust into a romantic storyline, she's tentatively reaching out for the first time, and she naturally connected someone who also wrestles with crippling self-doubt.

One can easily imagine that Barton, who is always laid back and jovial, welcomed these first signs of Romanov's opening up, and encouraged the shift from coworker to genuine friend during the inter-film period.

In the comics, Barton is employed under Stark and then begins committing crimes to impress Widow. Clint then ends up fighting Stark, but ends up employed under SHIELD instead. He is then sent to kill Nat, but can't bring himself to do so, and they end up in a sexual relationship for a short while, but then separate and become partners in their work, remaining best friends instead. At some point Clint meets his wife and has kids with her and Nat is still one of his best friends.

I don't believe there is an answer in the MCU currently, this is meant to be one of those things that happened before and we just found out about it.

That said, I think the premise of your question is wrong. Natasha went to talk to Loki specifically to interrogate him about his plans. All the things she said about her relationship with Clint were said to evoke a response out of Loki; I don't think we can take anything she said there as being entirely true, or at least not the whole truth.

Besides, even in the movie, and in her conversation with Loki, it's implied there's more than just a transaction in play. Loki guesses she cares about Clint as more than someone she's indebted to, hence why he threatens to have Clint kill her "intimately, in every way he knows you fear." But Loki (and the audience) guessed they were romantically involved, when it turned out that wasn't the case.

They got close long before the first Avengers movie. I think what she told Loki, describing the beginnings of their partnership - as someone else said - was used to get some kind of reaction from him. Loki even partly calls her bluff; he point blank asks her: "Is it love?" Yeah, it was, just not romantic.

Over the course of their S.H.I.E.L.D. days, they formed a bond of mutual trust and respect and became best friends, family in all but blood. The fact that she was the only one (aside from Fury) to know about Laura and the kids, and that he was the only one to know about Yelena (Natasha even taught him their secret whistle), clearly shows how close the two were. She was "auntie Nat" to Cooper, Lila and little Nate. Speaking of which, Laura and Clint chose to name their baby in her honor. He would have been little Natasha, had he been a girl, and she clearly loved the Bartons. Just look at the way her face lights up, when Lila asks "Did you bring auntie Nat?"

And none of the other Avengers know her well enough by the first Avengers movie to be able to kill her "intimately, in every way he knows you fear". She's not that open of a person. Only her best friend, who has had her back for years (and she his), would know something like this about her.

21
How did Bruce Banner become the Hulk at will?
25
How could agent Clint Barton (Hawkeye) function while on the SHIELD Helicarrier deck at 30,000 feet?
28
What did Loki mean when he called Natasha (Black Widow) "Drakov's daughter"?
28
Are S.H.I.E.L.D. agents (e.g. Clint Barton, Natasha Romanoff) ever referred to by their comics aliases?
14
Why is Clint not entranced by Wanda Maximoff in Age of Ultron?
15
How long has Romanov been pacifying Hulk?
9
What is Laura Barton's history?
5
As Goliath, did Clint Barton ever take advantage of his Hawkeye skills?