A common expression regarding comic book death was once “The only people who stay dead in comics are Bucky, Jason Todd, and Uncle Ben”. - Wikipedia: Comic book death

Uncle Ben's death is one of the few consistencies in the Marvel Universe (although even this isn't always the case). But Marvel loves finding powers for people who have never shown powers before, including a cosmic-powered Aunt May 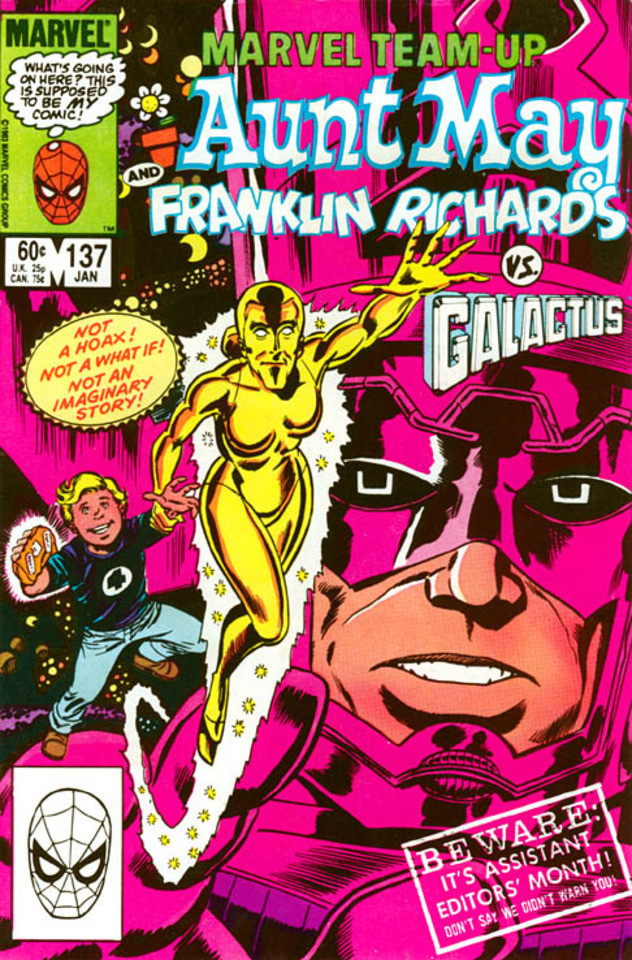 But what about Uncle Ben? Has there ever been an instance where Uncle Ben has gotten super powers (either before or after his untimely death)?

Quoting from the Marvel Comics Wikia:

Ben Parker received spider-powers when he accompanied his nephew Peter to a science demonstration where he was bitten by a spider. He decided to use his powers to help others despite Peter suggesting he go into show business, but retired out of grief after his foe the Emerald Elf discovered his identity and killed his wife and Peter.

His powers are “seemingly those of Peter Parker of Earth-616”, that is to say, Spider-man of the main Marvel Comics universe.

9
Has J. Jonah Jameson ever received powers?
5
Is there an alternate timeline where Uncle Ben survives and Aunt May doesn't die?

5
Is there an alternate timeline where Uncle Ben survives and Aunt May doesn't die?
5
Webcomic Identification: couch potatoes with super powers
9
Has J. Jonah Jameson ever received powers?
0
Which Uncle Ben was more true to the original Spider-Man comics?
23
Has Black Widow ever been imbued with Spider-Powers?
8
What enhancements has Xander received over the course of Buffy?
5
When or how precisely did Venom (Eddie Brock) turn from villain to hero?
23
Has Peter Parker ever received any awards for his photography?
7
Are there other comic book characters that stayed dead?