Why was this character killed in S05E10?

Jon Snow is killed by his brothers of the Watch.

However, there seems to be no clear reason why he was killed. If it was because he

The killing could have happened before, for example when he arrived from

Hardhome, before opening the gate. Or even before he went to Hardhome.

In the book it's pretty obvious the reason was that he

took part in the war.

But what was the motivation behind this in the show?

Reason: I think it was definitely because he let the Wildlings through.

There appears to be a few times when they could have done it:

These are not facts just my speculation.

Why? What are the chances that the Wildlings are going to agree to come with the leader of their oldest enemy? I would think he would never make it back alive and he almost didn't. Remember the Nights Watch think that the Wildlings are exactly as their name suggests. Wildlings vs Free Folk. As others have said there are also witnesses aplenty.

If they try to kill him here and succeed you would think that however many Wildlings were there would do something about it. i.e. attack the wall, yeah they had women and children but I doubt that the Nights Watch would have been able to fend off that many. Also witnesses.

Since he managed to return with the Wildlings, that 'plan' was now ruined. Middle of the night the only witnesses were the ones committing the act. No backup in the form of Wildling friends.

They could have done it before, for example when he arrived from Hardhome, before opening the gate.

How? They could keep the gate closed or try to kill him with arrows; but that's too risky: it's not a guaranteed kill (especially the first method) and there are too many witnesses, including Sam.

Contrast with the actual assassination: it happens in the middle of the night with only a handful of men, presumably loyal to Alliser, and everyone stabs Snow which ensures that they won't talk. The next day, the NW wakes up and finds a dead commander; nothing can be tracked back to Alliser and so he assumes command and possibly frames and executes someone.

@falsedot gives a nice answer on why was he killed like that, but I'll answer the first part of your question:

However, there seems to be no clear reason why he was killed.

In the fifth book, it happens a bit different:

Rasmay sends a letter to Jon entitled 'Bastard' that says that he has defeated Stannis (which we do not know if it is true or not; unlike the show). This enrages Jon and decides that he wants to march against the Boltons.
Even though he is Lord commander, he cannot command his Brothers to march with him, but he asks them to join him only if they wish. But, for a Sworn Brother to do as such is against his oaths. This causes discontent within the Wall, and then Jon is killed.

Also, a lot of the Brothers didn't support or like Snow from the beginning. When he became Lord Commander, he was hated even more. When he helped the Wildlings and let them through the Wall, he was even more hated.

I think it's made pretty clear that the reason they kill him is because he let the wildlings through the Wall. For starters when he pushes through the circle with all the rebellious brothers there's a sign that reads "Traitor" and then he's stabbed many times with each brother repeating "For the Watch": 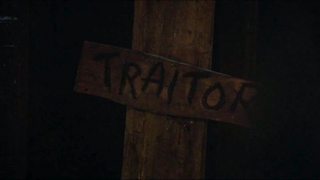 We can also look at the two main characters point of view as to why they did what they did:

28
Why did Ser Gregor kill Ser Hugh?
15
Why did Mance Rayder unite the clans?
14
Where was the kingsguard during the sack of King's Landing?
20
What happened to Stannis' fleet?
9
Do the White Walkers know Samwell Tarly killed one of their brothers?
6
Who put Mormont's Raven in the kettle?
4
Was Robb a virgin before marrying Jeyne?
3
Is Sam Tarly the only person in the current age to have killed a White Walker?
17
Why this character is punished instead of being honoured?