An old series that had a young man with a small dragon that sat on his shoulder. Not a magic type book, more science fiction. I can't believe I can't remember the author. Thanks.

Using cover designs as a reference, I rarely found the Dragonriders of Pern to show males and fire lizards (tiny shoulder sitting dragons) on the same cover.

But if we're talking about an old series which showed a male, in a science fiction setting, with a dragon-like pet, Flinx and Pip have more covers depicting the requested elements. Pip and Flinx have been around since the early 1970s. 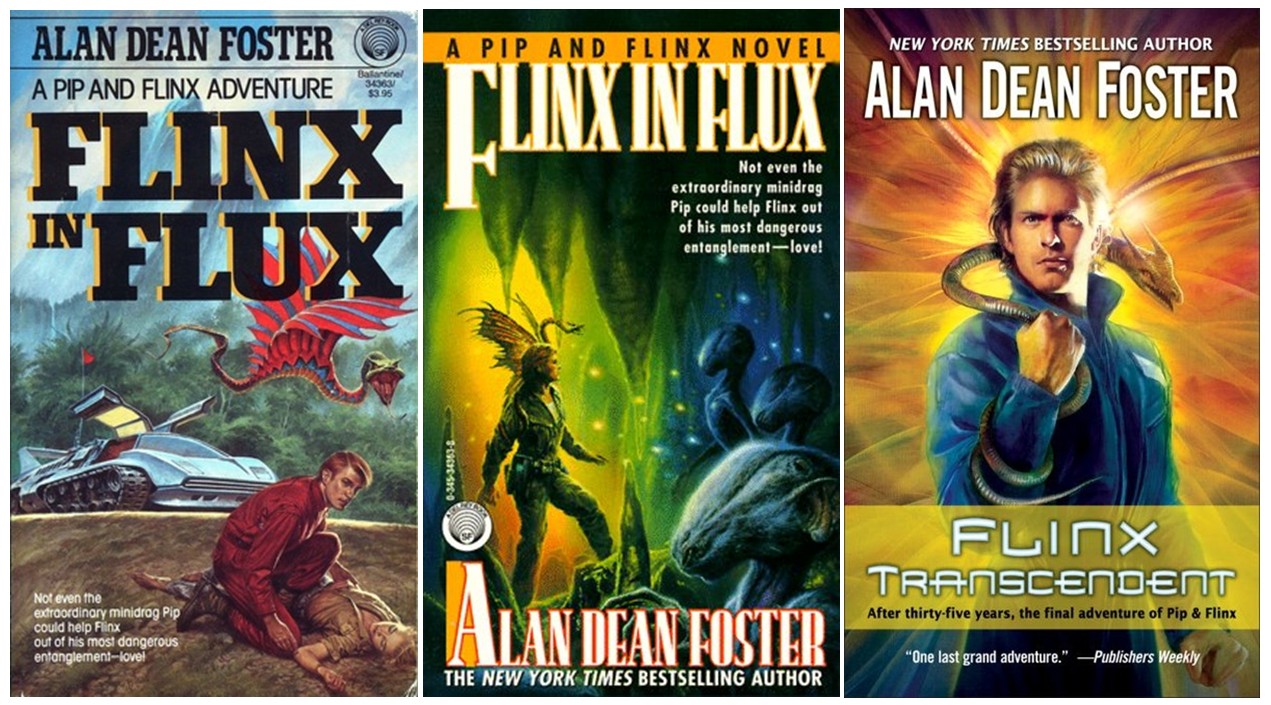 It's a pretty common idea..... If it were Fantasy, I'd guess the Earthsea novels; they are called harekki, and an image that sticks with many people is of one of the side character's little sister with one that curls around her wrist. And, of course, recently, people have become familiar with Daenerys Targaryen's little ones.

Since you say science fiction, tho, could it be from one of the Pern books? The well known dragons started as little Fire-lizards and were genetically engineered for greater size, eventually becoming the dragons everyone is familiar with.

Take a look (at your own risk; it's TvTropes, and you can lose hours of otherwise productive time there) at the TvTropes page on Shoulder Sized Dragons. One of them might be what you are looking for.

Dragonrider's of Pern Series by Anne McCaffrey. The small ones that sit on the shoulder are called Fire Lizards 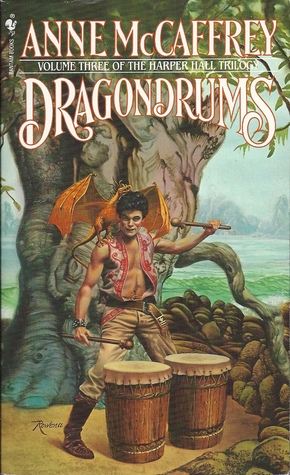 Dragon Drums has some versions of the cover where a young man has a dragon (fire lizard) on his shoulder. If you don't remember space ships I'd go with this one.

If there are ships it may be the Pip and Flinx series by Alan Dean Foster. It has a young man with a flying snake on most of the covers that can be miss remembered as a small dragon.

Most of Andre Norton's protagonists have animal sidekicks. Forerunner, one of her books I read recently-enough to remember a bit, has ones more bat-like than dragon-like. She wrote more than sixty books, so I think there's a good chance of a shoulder-dragon in there somewhere!

But, OTOH, a quick look at all the covers of her books that I could find on Bing, showed no such shoulder-dragons.

8
Trilogy where the last book features a man whose arm has been cut off
2
Science Fiction Book or Story About Dragons
4
80's Young Adult Science Fiction Book With Cassette
5
Book-Identification: Axe wielding protagonist and a dragon
8
What is the title/author of this obscure SciFi book where aliens sell coffee?
7
Story about a girl who befriended a dragon
9
Book from the Science Fiction Book Club where a car stops a drunk man from driving it
9
Science Fiction/Fantasy paperback where a phoenix bird ate jewels like rubies and emeralds
8
Book series where a painter is heir to clan of dragon blooded barbarians
13
60s/70s science fiction novel where a man (after years of trying) finally succeeds to make a coin levitate by sheer concentration