Help identifying what series this doll comes from

I've had this doll for a very long time (the past 10 years at least) and never known where it was from. It seems to me that it is from some sci-fi series. I never got the packaging, only the doll. I've included a couple of pictures below: 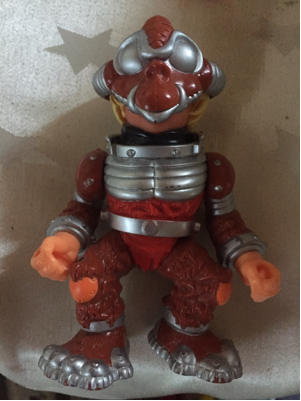 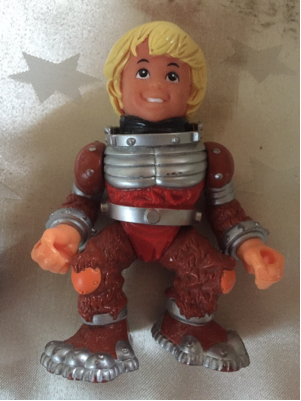 The inscriptions on the back are as follows:

I'm looking for who this character is and from what series or movie they are from.

The storyline of Bucky O'Hare follows a parallel universe (the aniverse), where a war is ongoing between the slightly inept United Animals Federation (run by mammals) and the sinister Toad Empire. The Toad Empire is led by a vast computer system known as KOMPLEX, which has brainwashed the toad population.

Willy DuWitt – engineer, a pre-teen human from San Francisco who enters the Aniverse via a portal between the ship's photon accelerator and his own accelerator at home. He replaced Bruce, the former engineer, who was killed (or in the franchise's terms, had "attained oneness with the Aniverse"). Later, Willy became stranded in the Aniverse when his parents turned off the photon accelerator back in his room. Bucky and his crew decide to keep Willy a secret from the S.P.A.C.E organization and the Toads. 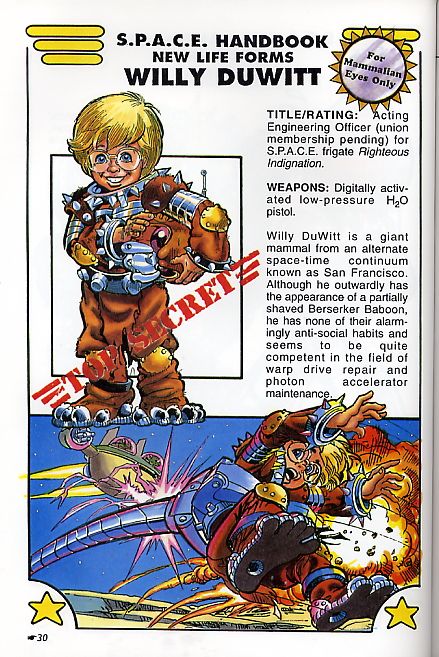 14
Help me identify this B-movie about plant-like aliens that crash land
16
Help Identifying a Sci-Fi Book: Humans transported to alien world and given tasks to escape
13
Need help identifying this robot from a cardboard cutout
6
Need help with finding a book series involving other dimensions
5
Need help identifying a fantasy series
31
Book or series with 7 layers of worlds, where each layer's inhabitants are like gods to the layer below
7
What was this YA novel about an evil presence or cult in a cathedral?
3
Help identifying these comics
10
Sci-fi book series: escape from Earth , brain implants, engineer with stored fixes in his head