Why is Harry Kim senior staff?

Harry Kim is an ensign, the most junior of post academy officers. Voyager is Harry's first posting after the academy (VOY: Non-sequitur). Kim is the primary operations officer even before half of Voyager's crew is killed, from Caretaker transcript:

KIM: Captain, I'm reading a coherent tetryon beam scanning us.
JANEWAY: Origin, Mister Kim.
KIM: I'm not sure. There's also a displacement wave moving toward us.
JANEWAY: On screen.
(The viewscreen shows a narrow band of energy heading towards them.)
JANEWAY: Analysis.
KIM: It's some kind of polarised magnetic variation.
CAVIT: We might be able to disperse it with a graviton particle field.
JANEWAY: Do it. Red alert. Move us away from it, Lieutenant.
STADI: New heading, four one mark one eight zero.
CAVIT: Initiating graviton field.
KIM: The graviton field had no effect.

Recall that, on the Enterprise, Data was the primary operations officer, and he was a Lieutenant Commander, the #3 man on the ship. This is the same rank that's held by Tuvok on Voyager, who has Worf's job.

This is all fine, but what I don't get is why Kim is considered Senior Staff while only being an Ensign, and all indications are that this is Kim's first duty posting.

This gets even more confusing in The Omega Directive, where Harry is present when Janeway decides to inform the "Senior Staff" about the Omega directive, but B'Elanna is not: 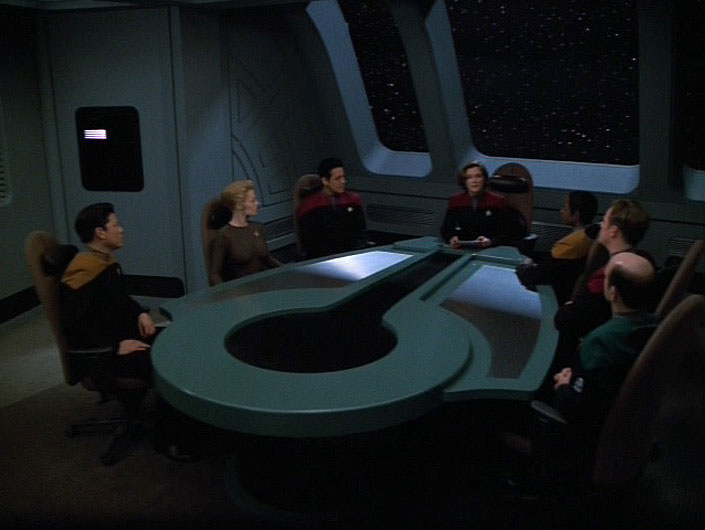 Some major character officers who are higher ranking than Kim for most of the show (aside from B'Elanna's unusual absence in the Omega Directive briefing). Note that a Lieutenant is two ranks above Ensign and a Lieutenant JG is one rank above.

Those are just the ones that get screen time. There are even higher ranking officers that appear on certain crew manifests, such as "Commander Rick Berman" in "The Killing Game" (yes, I know that Rick Berman is the name of one of the producers of the show) 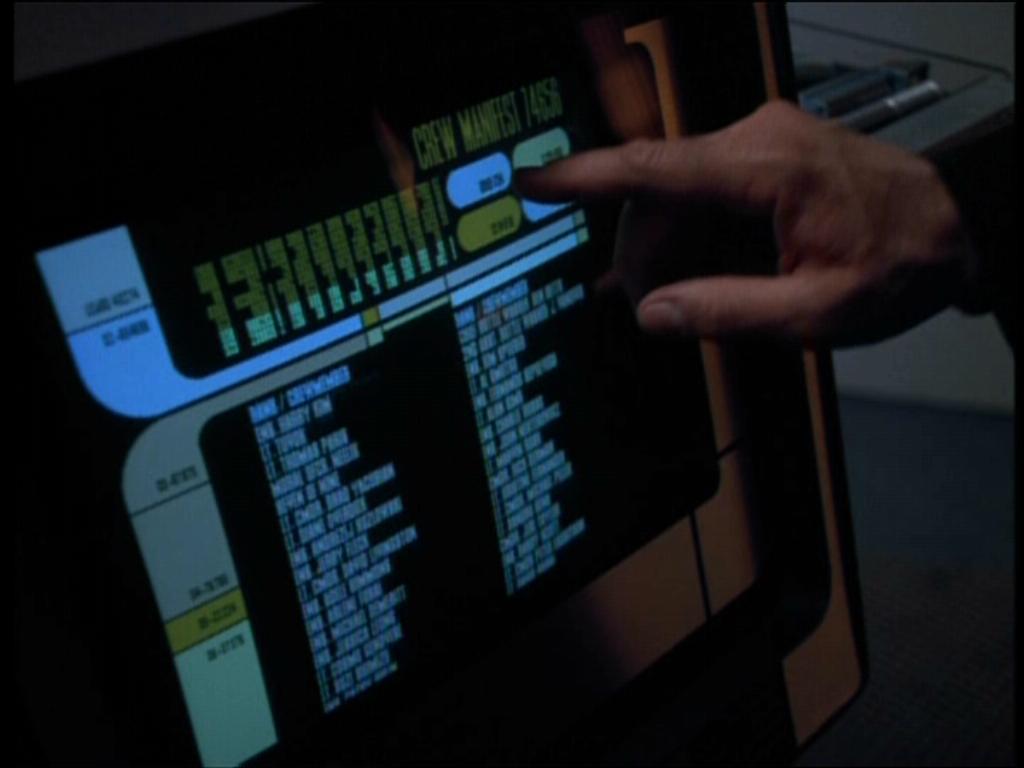 So, given Harry's relatively low rank, is there an in-universe reason why he's considered Senior staff / bridge crew from basically day one?

Harry Kim may well only have a relatively low rank but he's still the senior Operations Officer with a staff of (presumably higher ranked) officers and (lower ranked) crewmen reporting to him. As such, attending the "Senior Staff" meetings would be essential.

It seems pretty clear that Harry is a fast-track Academy hot-shot, being groomed for greatness. His rank belies a superb technical knowledge (in one alternate reality he designs shuttles), an intimate knowledge of flight operations and a solid Starfleet Academy record before he ever stepped aboard.

On top of all of that, Janeway doesn't seem averse to playing favourites. With a highly limited crew to choose from, she decides to give Kim control of the Ops Dept almost as soon as Lt Cavit died, one assumes largely because she finds him reliable.

In-canon (according to the TNG: Technical Manual) the Ops Manager, latterly described as the "Ops Officer" is actually a pretty important role and one that certainly merits a seat with the 'Senior Staff'. Not only are they responsible for liaising between the Captain and the various departments but they're also expected to anticipate what needs the ship will have (often in realtime when a crisis occurs) and then to determine who gets priority:

The Operations Manager is also responsible for providing general status information to the main computer, which is then made available to all departments and personnel. Ops routes specific information to specific departments to inform them of anticipated changes and requirements that may affect their operations.

I served in the US Coast Guard (3rd Class Petty Officer) and agree with DavidW. The original OPS Officer (LT Cavit) (S1;E1) is killed, his "Deputy OPS Officer", Ensign Kim, is placed in that position - not because of his rank, but his training. Voyager took a big hit in S1;E1, and lost a LOT of people. It doesn't surprise me that the CAPT decided to go with the next in chain of command for that department. Admittedly, I find it hard to believe they would have made an Ensign a deputy Ops officer, but hey, Kim could have just graduated from an 'advanced ops officer' course right out of SF Academy - something similar to the 'Advance Tactical/Command Course' you see Admiral James Kirk teaching (and LT Savak taking) at the begining of ST2:TWOK.

What has ALWAYS bugged me is the fact that after several years, when they FINALLY make limited contact with Starfleet Command (S4:E14 "Message in a Bottle"), Harry Kim doesn't get promoted to LT(jg) at least! I can remember several patrols out to sea when the promotions list would get transmitted out to the fleet (no, the Captain does NOT just decide who gets promoted). My older brother was a 1st Class Petty Officer who got his (from 2nd Class to 1st Class) when he was out to sea in the US Navy - and he was on a sub!

The 2nd or 3rd data packet they got in the Delta Quadrant would have had the promotions list.

Kim held this position from his first day. There is the rank chain of command and the position chain of command called positional authority. Happens all the time in our military. Chief O’Brien is a Master Chief Specialist and senior staff on DS9.

Not the answer you're looking for? Browse other questions tagged star-trek star-trek-voyager starfleet-rank or ask your own question.

51
Why wasn't Harry Kim promoted beyond ensign, when others like Tom Paris were multiple times?
13
How many people on Voyager outrank Harry Kim?

90
Was Voyager really significantly slower than the Enterprise-D?
2
How does Harry Kim get back into phase with the rest of the Voyager crew?
22
Why does Harry Kim get in trouble for sleeping with an alien?
51
Why wasn't Harry Kim promoted beyond ensign, when others like Tom Paris were multiple times?
13
How many people on Voyager outrank Harry Kim?
5
Why doesn't the Bashir Changeling slay Deep Space Nine's senior staff?
15
When does Ensign Kim sleep?
3
Is there any official correspondence between Starfleet and Bajoran Militia ranks?
16
How old is Tom Paris?
4
Did Harry Kim and Tom Paris have staff?