Why is Ant Man so strong when he's small?

As you see he is ant size and yet his punch is strong enough to knock the guy out.

It doesn't make sense that something so small can deliver so much force, how does the suit work to do that? I get that he should be stronger like an ant, but an ant still can't hurt a person with a punch because they are so small. They are just "relatively" strong. Like they can lift 6 times their own weight or something whereas a human can only do less.

Pym Particles in the Marvel Universe decrease the space between atoms, but allow the user to keep the same density. This in turns allows the user to keep his same human strength at smaller size. The super strength comes from a smaller point of contact with the same strength, preventing the force from being spread out over a higher area (like a bullet hitting weak skin, vs a bullet hitting a flak jacket ceramic tile spreading the force over the body, or sitting on a bed of nails vs stepping on a lego block).

As such, Ant-Man keeps his strength without the mass behind it. Of course this is comic logic. It also has nothing to do with him being ANT man, that's a coincidence.

In the Marvel Cinematic Universe Ant-man becomes superhumanly strong because of creative license, creative necessity and a liberal dose of handwavium. In the original Ant-man comics, Dr. Henry Pym created a serum infused with his patented "Pym Particles." These particles would shunt his mass into an extra-dimensional space allowing him to grow to the size of an insect.

Hank Pym was created by Stan Lee, co-created and drawn by Jack Kirby, and scripted by Larry Lieber. He first appeared in "The Man In The Ant Hill!" in Tales To Astonish #27 (Jan. 1962).

As one of the original science heroes of the Silver Age of Comics: 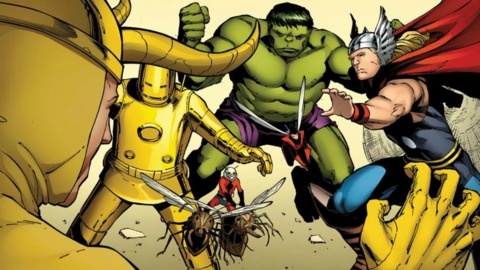 In the Marvel Cinematic Universe (Earth-199999)

A superhuman without some degree of superhuman physical prowess is not something the Marvel Cinematic Universe wants to present. Using some strategically placed handwavium borrowed from the DC Universe, the Ant-Man exoskeleton will allow him to have the mass of a normal human in a body the size of an ant. 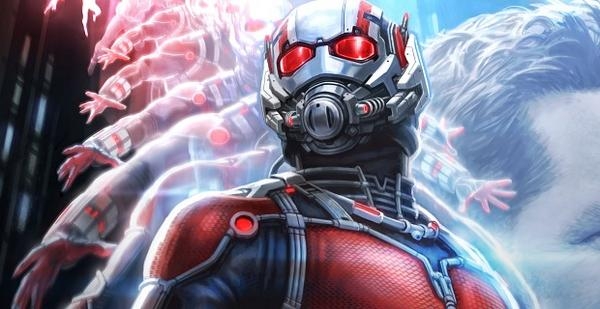 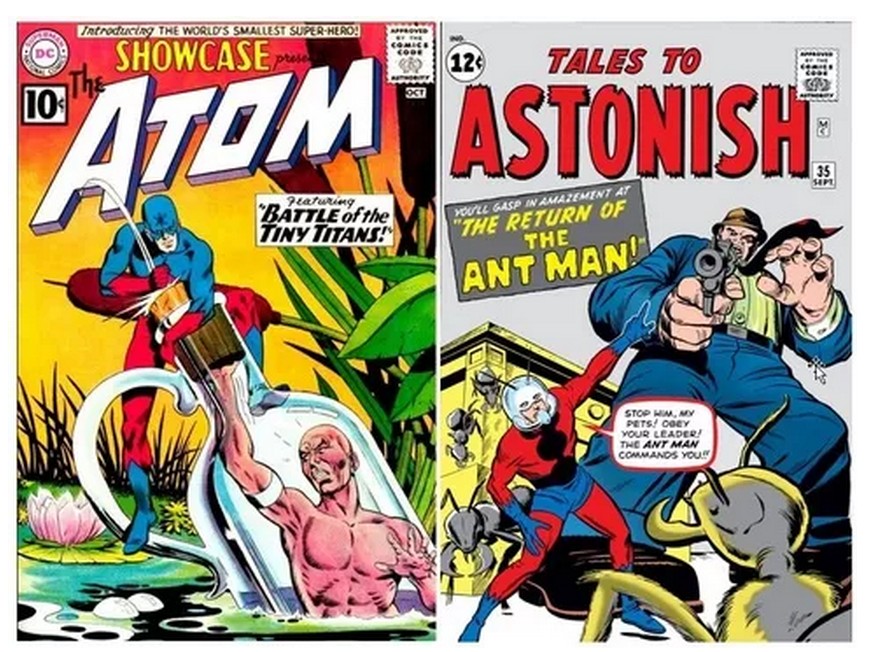 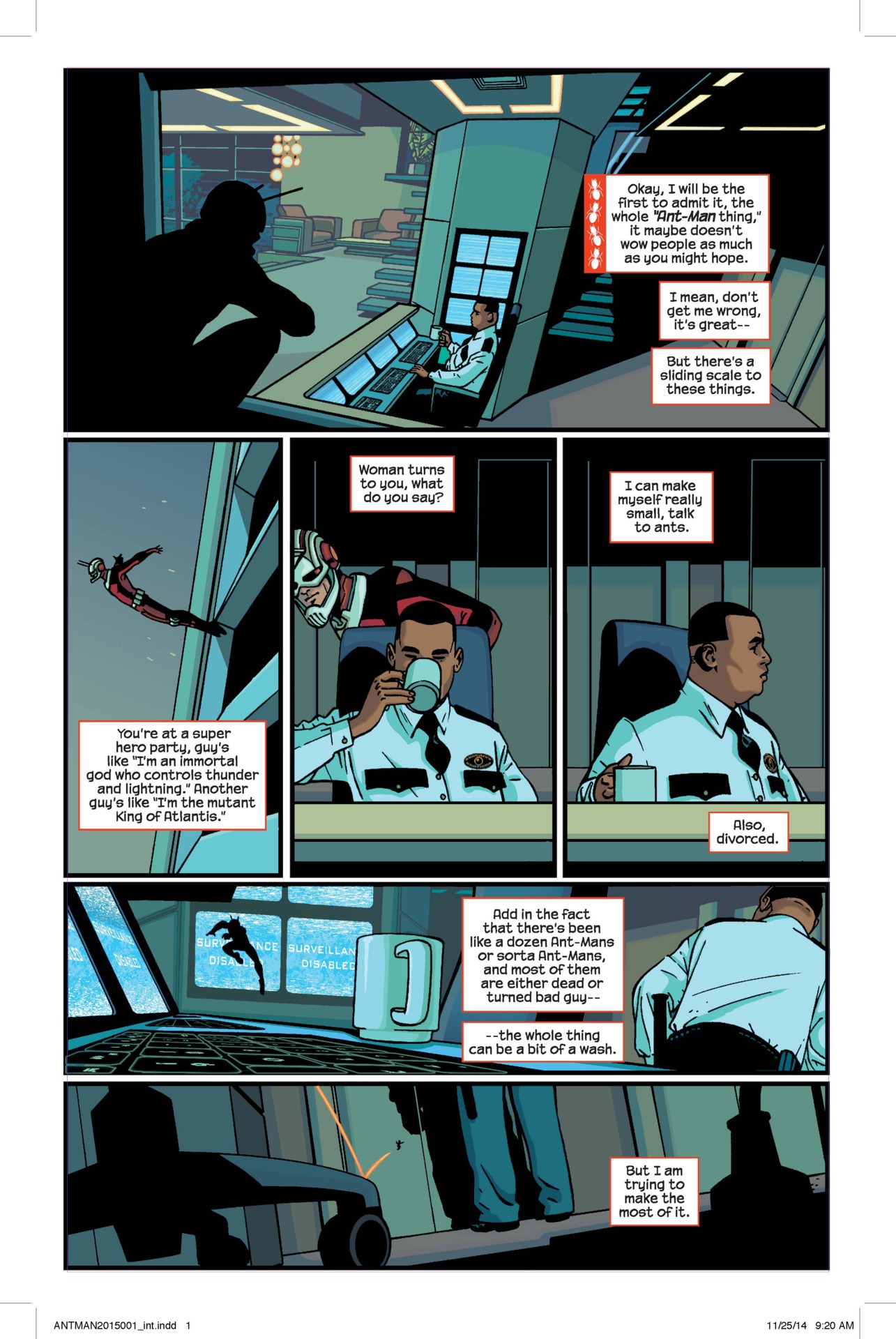 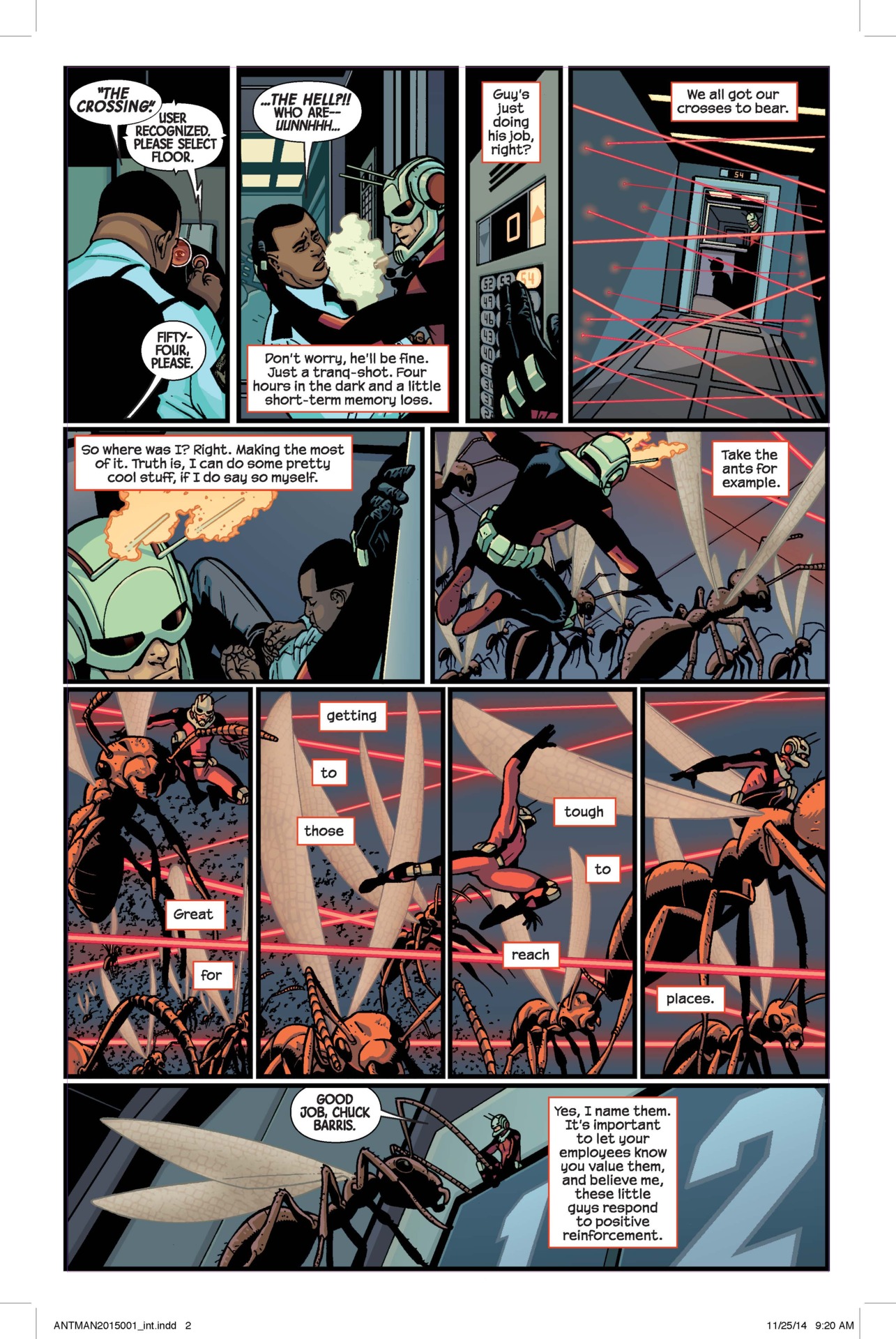 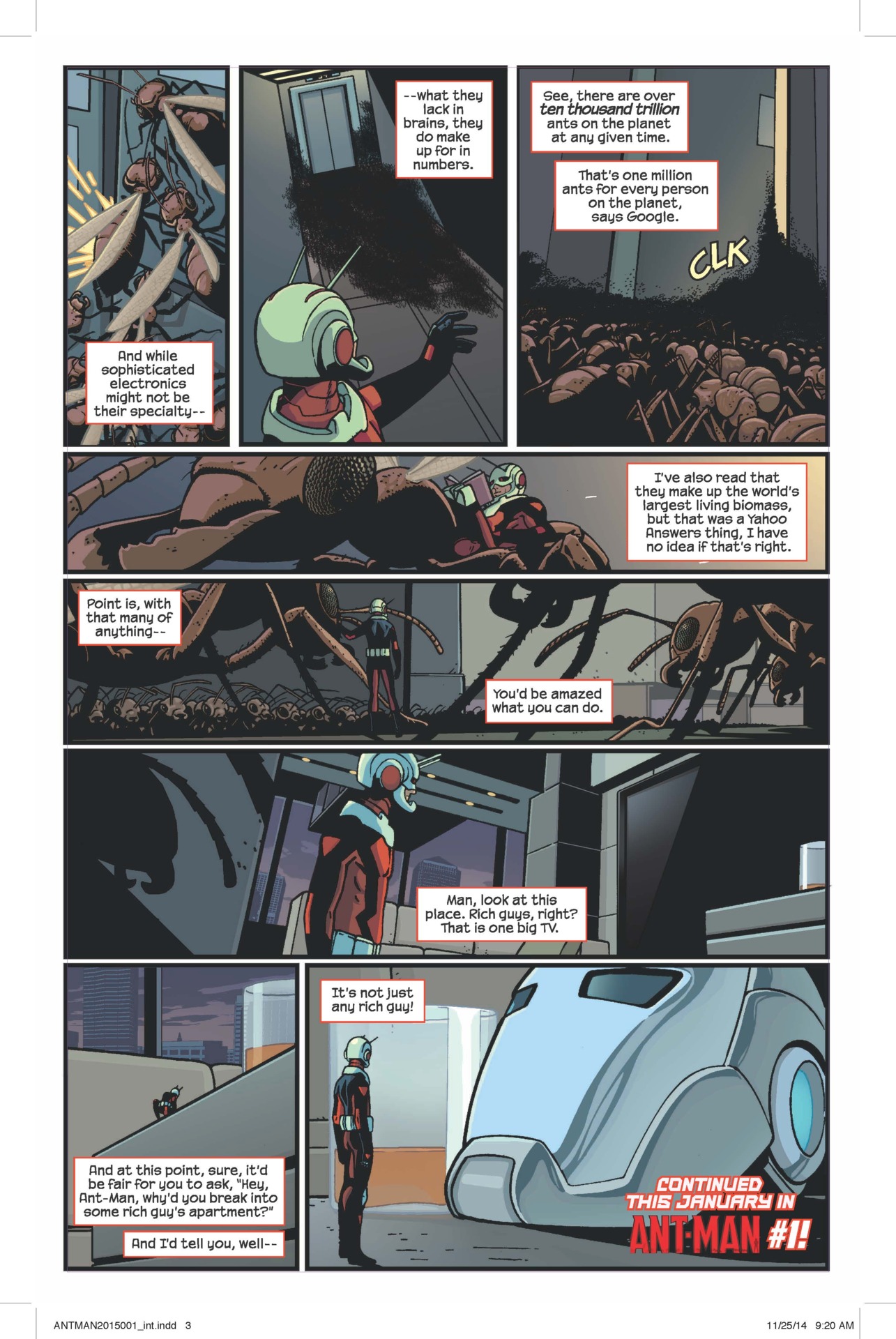 It's because density can't change. He didn't just shrink his mass; they mentioned in the film that he only decreased the space between the molecules which means he's roughly the same density, which in other terms he's also as strong as he is in normal size, but since this strength is over a small area to exert itself, since his fist is about 1/100th of an inch, this means he's somewhat stronger then usual which means he's normal strength with what looks like "super strength."

I do not know how it is explained inside the universe, but I suppose it is handwavium as almost all superhero stories which do not make any sense in reality.

You are right, it does not work. Even if Ant-Man is extremely strong, he is almost completely harmless for a human because he could move his extremities only in the millimeter range which is fully in the range of human skin elasticity. If I stomp on him, he will be able to stop it and I recognize that something stopped my foot, but if he throws the foot up, the foot will be accelerated only a few millimeters which does not make any effect. He can crawl on me; if he punches, the skin gives way, so the best he can accomplish is a small bruise; he is not even able to get to the bones. Remember, too, that he needs a pivot: If he punches, he is accelerating himself, so he would also only propel himself away from the human. He may try to tear on the skin, but the skin is elastic enough to be stretched a few mm without harm. He may be able to pull hair out, but this is only painful, not incapaciting. The only real damage he could do would be inside the body (eardrum !).

It is also a wrong contention that ants are very strong. It is the good old Square-Cube Law in action: A human who shrinks loses weight much faster than strength, so an ant sized man would be in fact able to jump higher than a flea and kill any ant without problem.

10
How does Ant Man size up against other Marvel heroes?
22
Why is Ant-Man so strong when he's huge?
5
When Ant-Man fights Falcon, does he change size through his own choice?

9
Which Phase is Ant-Man in?
7
Ant-Man Redundancy
6
In Ant-Man, why did this object implode?
5
How does Ant-Man shrink?
32
How does mass conservation work in the MCU Ant-Man movie?
13
Why doesn't Ant-Man ever go between ant-sized and regular-sized?
1
Ant-Man Movie glossed over an amazing weapon
22
Why is Ant-Man so strong when he's huge?
46
How did Thanos beat Hulk so easily?