Have Spider-Man and The Hulk ever fought in the comics?

Just wondering if Spider-Man and The Hulk have ever fought in the comics, and who won if they have?

I'm going to try to give an adequate reasoning of why Spider-Man would never beat the Hulk (in a straight-out fight with no extra powers), although in mainstream Marvel there are very few earth heroes who can fight Hulk to a stand-still or even put up an adequate defence against him — off the top of my head: the Sentry, the Thing, Hercules, She-Hulk, and Abomination.

I am not as knowledgeable as many fans I will admit, a few might even be able to give direct examples like where this image below came from.

Firstly, Spider-Man, who is still extremely powerful alone, can have trouble with various villains such as Venom, the Lizard and Rhino, who are not even Hulk's power level, and can usually only win through outwitting them.

Notably he can usually only beat his arch-nemesis Venom using noise, fire or a very large object to subdue him eventually. Even in the very new 'Secret Wars: Renew Your Vows' title (warning slight spoilers!) Spidey fought Venom into submission only when his daughter's life was in the balance, and also at great personal injury.

I'm not saying I am 100% certain, Hulk and Spidey have come to a lot of blows over the years, but these are some titles that have shown Hulk’s power to be greater then Spider-Man's, and a few interesting semi-related bits.

PLANET HULK/World War Hulk: Hulk returns to earth on a rampage and it takes the combined strength of every hero on earth to even slow him down. I'll admit he had a small alien gladiator team of his own to help him, but they were more the mop-up crew in his wake. 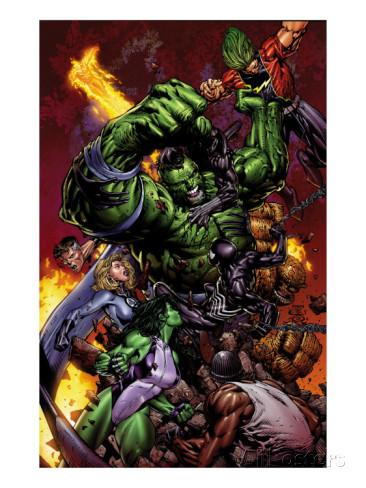 World War Hulk: Spider-Man vs Thor (a.k.a Spider-Hulk vs Mighty Thor): Random heroes are charged with Hulk's Gamma power making them massive "Hulked-out" versions of their selves. As far as I know, Spider-Hulk does not fight Hulk at this time, But my opinion is in this state he would be able to beat Hulk (although this is out of scope of this question). 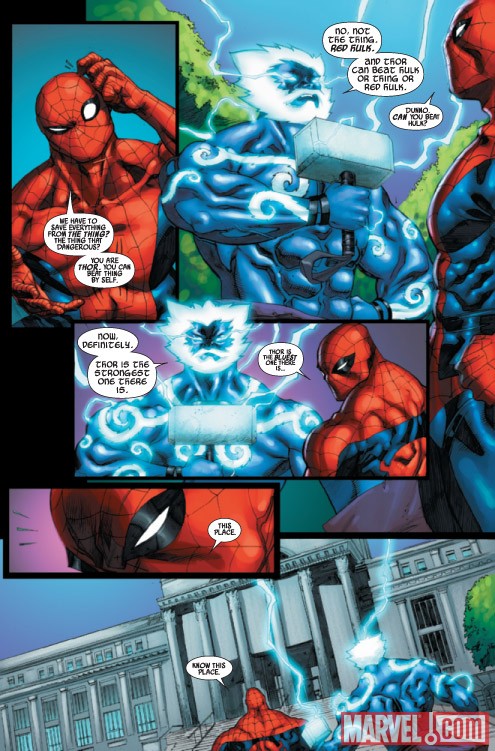 Punisher Vs Marvel Universe: In a timeline where the Punisher unwittingly ended civilisation by releasing a toxin into the world that either kills you or makes you a crazy beefcake cannibal killer, obviously super-beings become the top of the food chain. This is a fun little run in the mould of 'I Am Legend' and the Punisher is the last man alive.

In this timeline Spider-Man is the first to turn and becomes patient zero. He goes on to control a large portion on New York as it's Warlord. The Thing and The Hulk were also warlords in New York and each stayed clear of the other. So even in Spider-Man's total pumped up cannibal state he steered clear of the Hulk (who had also killed Wolverine by eating him?!). Spider-Man actually approaches the Punisher for help in taking on other super-cannibals as he alone is not strong enough. 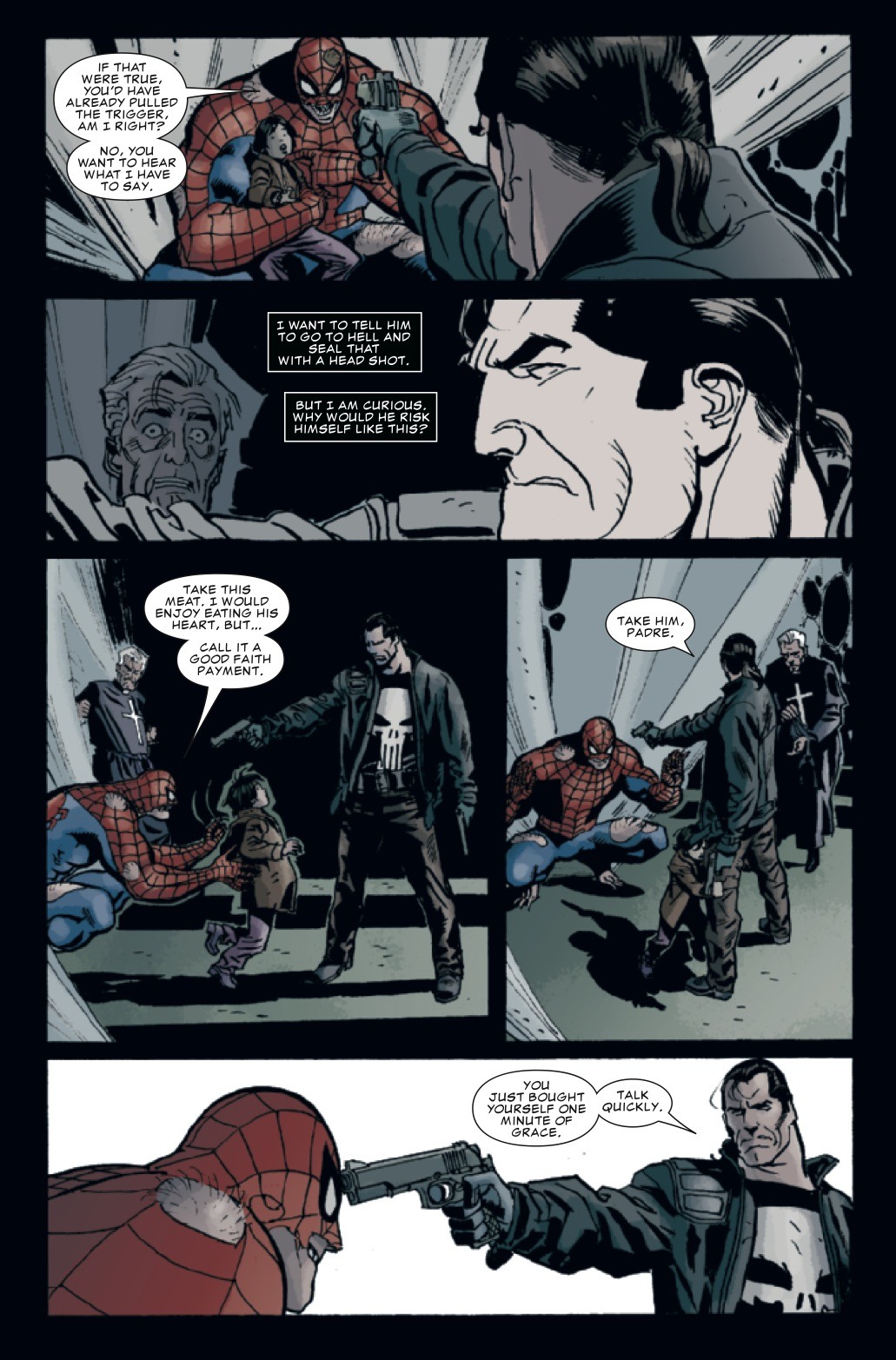 I have also stumbled over this tongue in cheek debate on this very subject which has a lot of pin-point observations from people who have obviously read a lot of titles, which you might like to have a read through. Hulk Vs Spiderman - Hulk wins

Spider-Man met and fought the Hulk (a bit) in a cave way back in Amazing Spider-Man #14 (first appearance of the Green Goblin).

Spidey wisely decided to run away fairly quickly during that encounter, so I guess Hulk kind of won?

Not the answer you're looking for? Browse other questions tagged marvel spider-man the-incredible-hulk or ask your own question.