Help me identify this Marvel timeline/universe

This is only a brief question, as the information I have to go from is literally just this picture I stumbled on googling Marvel pics for my laptop background. The site hosting it was a dead end (just a random site with images- no info). 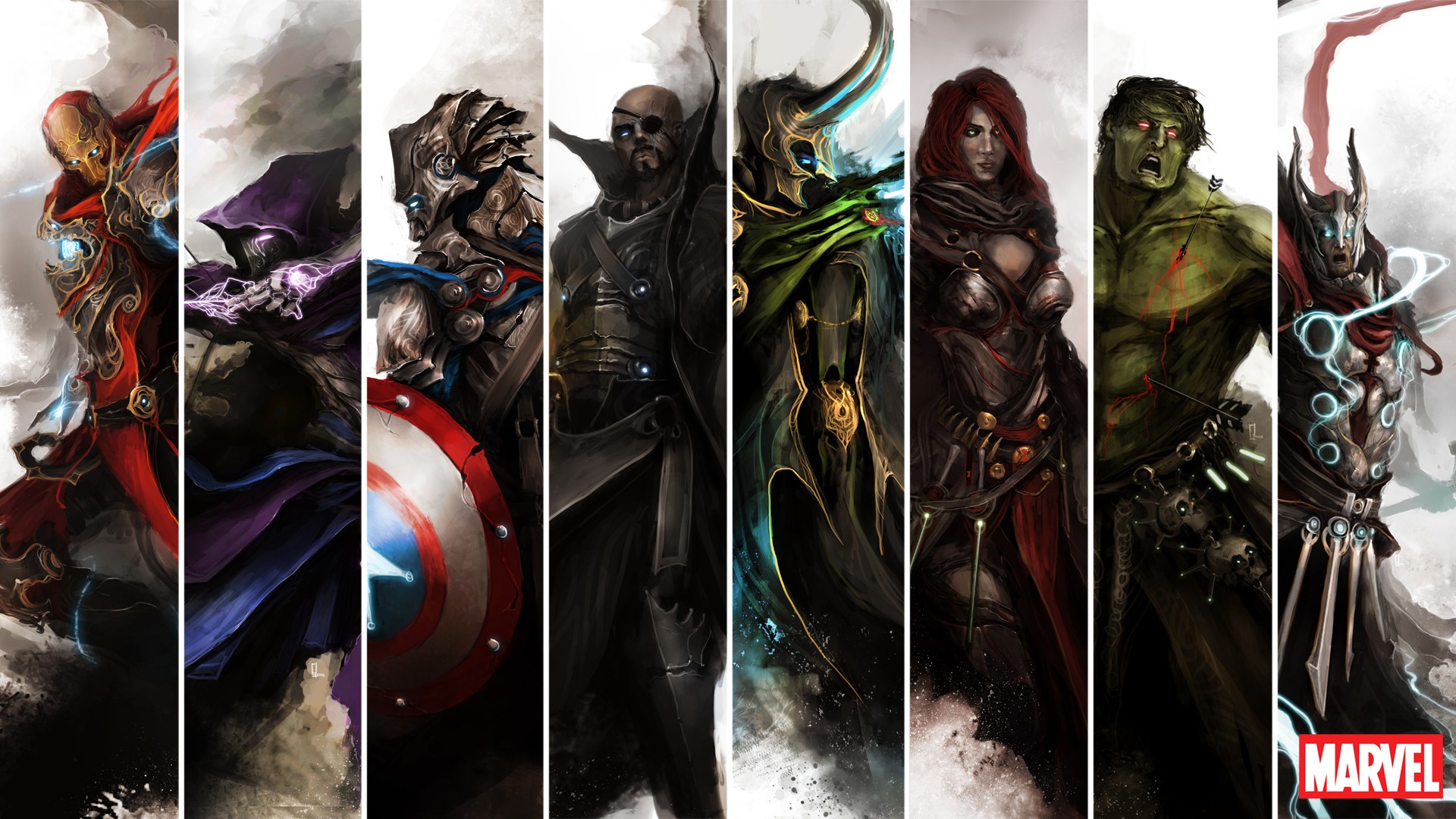 Now I'm familiar with a lot of story arcs/alternate timelines, but have never seen this and it looks awesome. At first I did think 'Marvel 1602' due to the style, but unless this is something that's newer (like Secret Wars) this looks more "swords & Sorcery" style to me, along with a few notable differences- Fury is the Samuel J version, Cap is known as Rojhaz and as far as my knowledge extends, 1602 is a "micro-verse" a self contained Earth in it's own dimension so has no links to Asgard at all?

I'm looking for any actual paper comic titles or story arcs that I may be able to hunt down for my collection. Its obviously an 'Avengers' title but I can not ever recall seeing this in my local shop.

It is a set of fan drawn pictures by artist DURRRRIAN. It can be seen here.