How is food produced in the Battlestar Galactica Universe?

Where does the food aboard Battlestars and other space-faring ships come from? It seems implausible that they would store sufficient stocks for several months of consumption due to space constrains (no evidence either way, though), so they must have some process through which they produce food on a regular basis.

The series doesn't feature much food to my memory beyond Commander Adama's noodles (Udon?), alcoholic drinks, and crackers.

In The Passage (S3E10), Galactica encounters a contamination of all food stockpiles and supply chains and a famine is about to ensue. The proposed solution involves harvesting protein-rich algae found on a remote planet and somehow processing it for consumption.

Is this elaborated on within canon?

In the original Battlestar Galactica there were 3 Agro Ships that grew food for the fleet, two were destroyed by the Cylons. http://en.battlestarwiki.org/wiki/Agro_Ship

I never watched the new BSG but a google search reveals a you tube video of the studio model of an Agro ship for the show.

In the reboot version, there is a ship called Cloud 9 which has a five-star restaurant, theater, casino, several bars, and numerous hotel rooms and luxury suites. It has a huge biodome and gardens with natural habitats. 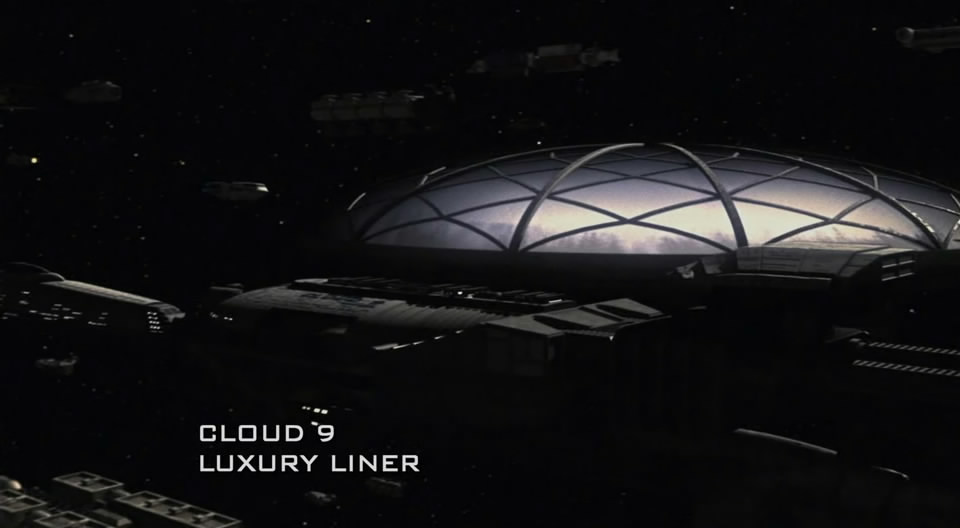 This is from Cloud 9's garden: 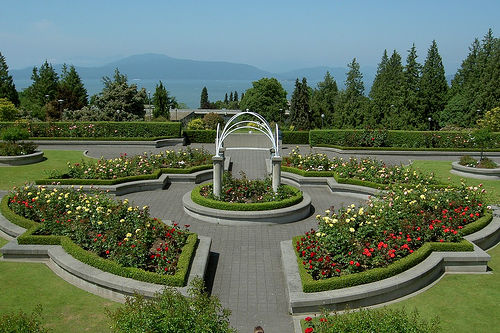 In the episode of a terrorist assassination plot against President Laura Roslin, I remember seeing a gardener but this does not mean they are using the garden to grow fruit or vegetables. This ship was lost later on, so there isn't any possiblity they used this one continuously. This was the first but the weakest possibility.

Let's move on to the second and stronger one. In the Miniseries, Commander Adama finds Leoben in a weapons and supplies vault called as Ragnar Anchorage. Here is a picture: 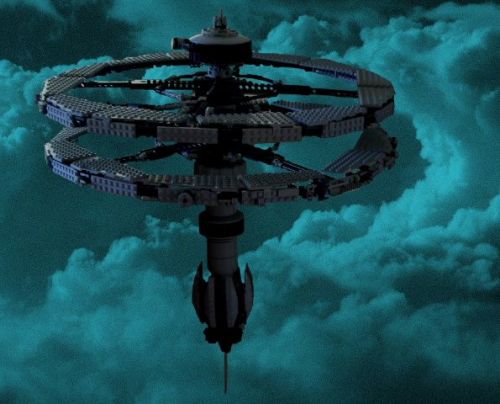 So they might have put storable food to this anchorage to use it.

Besides the entire food storage in Battlestar Galactica, there came a moment they had to eat algeas. After the fleet of surviving Colonial ships discovers its food stores are contaminated and sends out scouts to search for a new food source, Sharon Agathon returns from her recon of the planet and confirms that edible, protein-rich algae grows there (The Algea Planet). The fleet makes the dangerous crossing of the star cluster, and sets up stations on the planet to harvest and process the algae (TRS: "The Passage"). Here is a screen cap from the series: 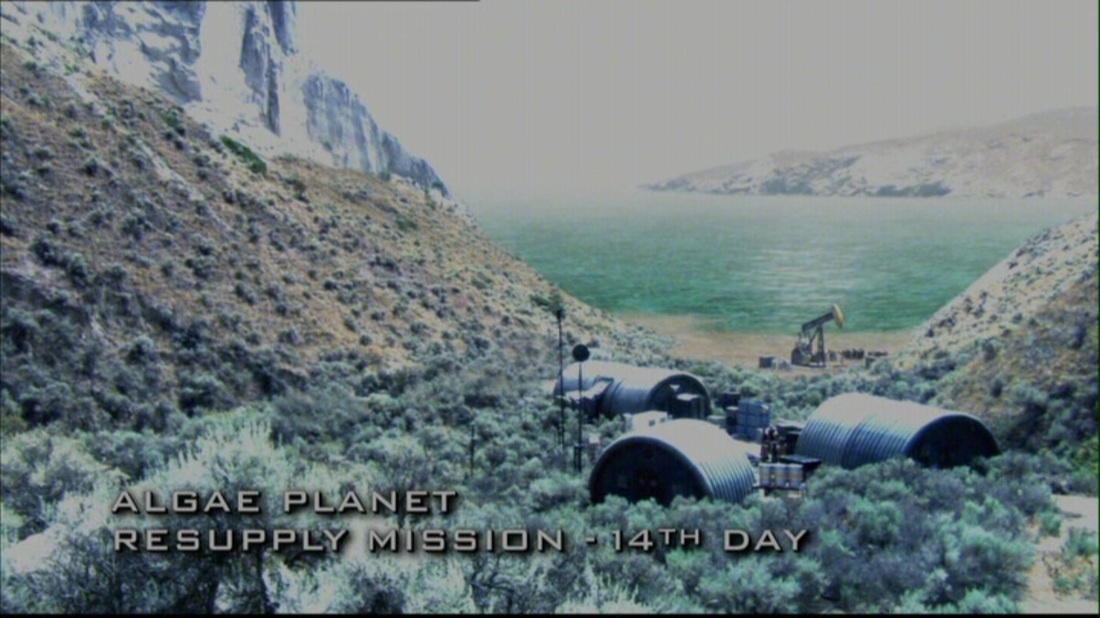 Early on in the series, Adama mentions that their water recycling abilities are just about 100% efficient on the Galactica, so they're taking on impure water from the other ships and replacing it with their own purified stuff.

They do not appear to have had the ability to recycle wastes in to food, however, since resource depletion and short rations are a recurring theme through the new series