How did the AT-ATs get to the surface of Hoth?

I'm curious how these beasts got down to the surface of Hoth.

Did the Galactic Empire land them in big ships, if so which ones?

AT-ATs were typically deployed for ground assault from orbit by large dropships. 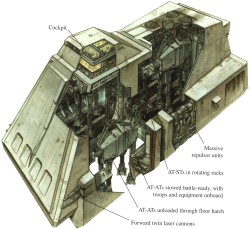 Smaller starships, such as the Imperial-class Star Destroyer, deployed single walkers via the Theta-class AT-AT barge.

Other designs, including the Telgorn Corporation Warlord Dropship, were capable of delivering a platoon of four walkers.

Since the commander of Blizzard Force, General Veers, served directly under Darth Vader and was a protégé of sorts, one can assume that the force was headquartered on Executor SSD - therefore the answer to your question as far as Hoth is Incom Y-85 Titan dropships.

This is confirmed by Hoth Battle Wookieepedia:

They landed outside the shield then walked through. Once they destroyed the generator the general told Darth Vader that he could land.

The canon answer, out of the book Battlefront: Twilight Company, is that Gozanti-class cruisers. The ship was introduced in The Phantom Menace, and has been shown to have been used by the Empire for carrying AT-ATs and TIE fighters. 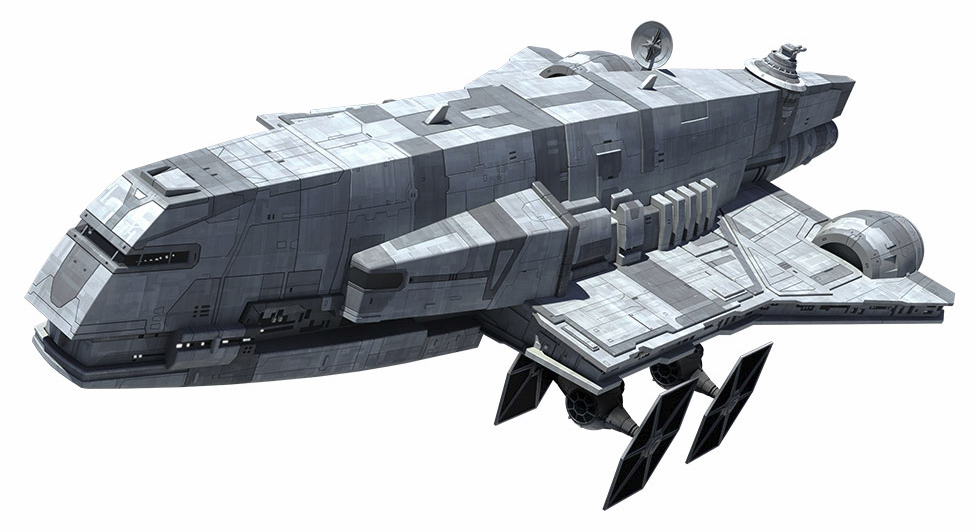 The Rebels had to deactivate their shields so they could use ion-cannon to neutralize threatening Star Destroyers until shield would closed and transport would get rendezvous point.

Meanwhile Empire landed its AT-AT Walkers because they knew that shield was soon to be closed again and they could destroy the generator only from inside the shield.

2
How are walkers deployed to the surface
46
Battle of Hoth: how did the AT-ATs manage to disable the shield generator?

46
Battle of Hoth: how did the AT-ATs manage to disable the shield generator?
52
How did the Millennium Falcon get from Hoth to Bespin without hyperdrive?
31
Why didn't the rebels on Hoth use X-Wings to fight AT-ATs?
25
Could Vader really have crushed the Rebels on Hoth?
46
How did Luke know where to land on Dagobah?
25
Why didn't the Empire send other forces in alongside the AT-ATs?
11
How does the Space Slug (Exogorth) breathe in the vacuum of space?
7
Why didn't the Rebellion use any ion guns to defeat the AT-ATs at the Battle of Hoth, as we saw in Rogue One?
39
What happened to the Rebel soldiers on Hoth?