What I remember is a transformer in robot mode on the front cover. He bore the Autobot insignia but the blurb on the back said something about "no one being sure whose side he's on" (I'm paraphrasing there). It wasn't Beast Wars related and the transformer looked nothing like the ones from the Michael Bay movies. If memory serves his frame had visible wheels but not wings (I realize this is vague but I'm giving as much as I remember).

From @Nu'Daq's comments the criteria for the graphic novel is:

With those in mind, I can only think of two characters who have standalone (sort of) books:

He was never part of the Sunbow cartoon and had only short appearances in the Marvel and Dreamwave comics. Doubledealer was part of both the Decepticon and Autobot armies (assuming the name Dealer) with allegiance only to himself. He transforms into a wheeled missile launcher. In the IDW run he had his own Spotlight issue.

The apocalyptic Revelations Cycle continues as the spotlight falls on the coldly calculating, self-serving DEALER (aka DOUBLEDEALER)! As the Dead Universe erupts into our own, Dealer and HOT ROD go in search of The Magnificence and, the AUTOBOTS hope, answers! But Dealer is only concerned with finishing the dark intrigues begun on Ki-Aleta! 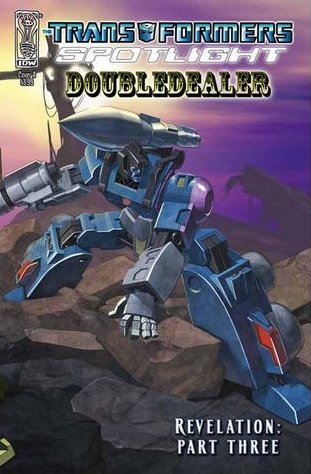 Drift is an original character created by IDW writer Shane McCarthy and has thus never appeared in previous productions. He is a former Decepticon who denounces his allegiance and joins the Autobots. He turns into a sports car. He has a Spotlight issue, 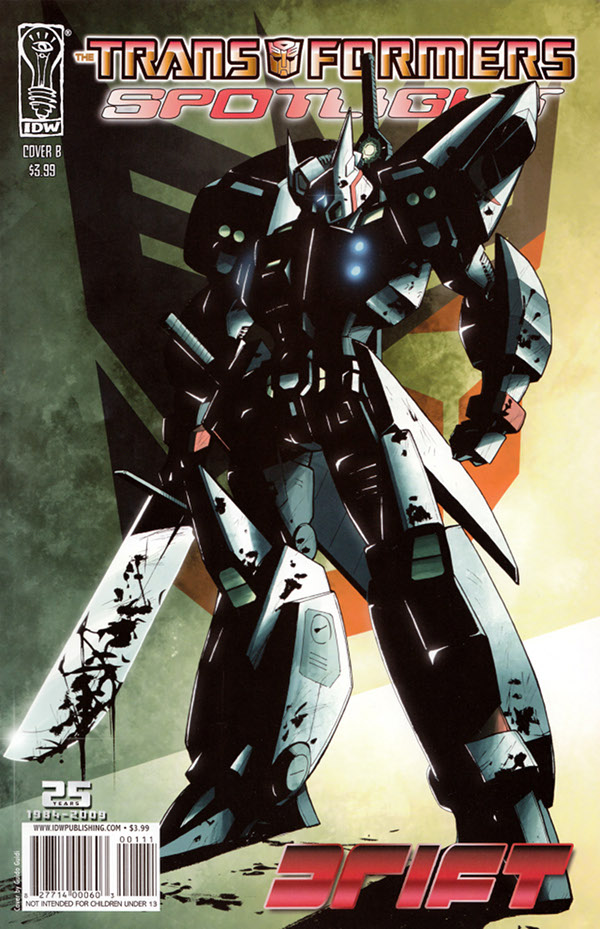 and two mini-series starring him: Transformers: Drift and Empire of Stone 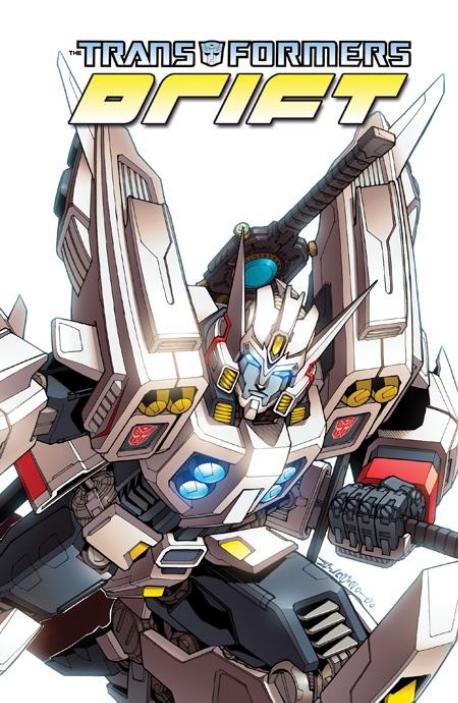 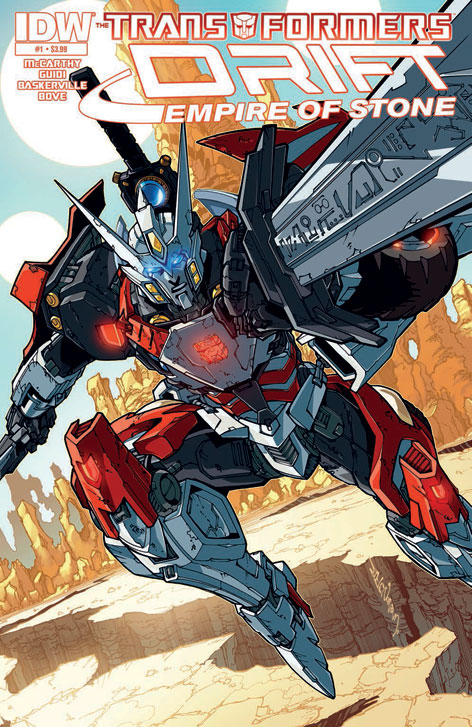 Something of a long shot. Not a new character by any stretch, but his re-design (and ditching the more familiar name Trailbreaker) might confuse older fans. While he doesn't have any allegiance issues, he is somewhat looked down upon by his Autobot cohorts. He has a Spotlight issue.

STEALTH ATTACK! Trailcutter has a problem: the Lost Light has been taken over by the Decepticons—and no one else seems to have noticed! Can the Autobots’ defense strategist singlehandedly see off an army of infiltrators? And even if he does, will it convince his crew mates that he's got more to offer than kind words and forcefields? 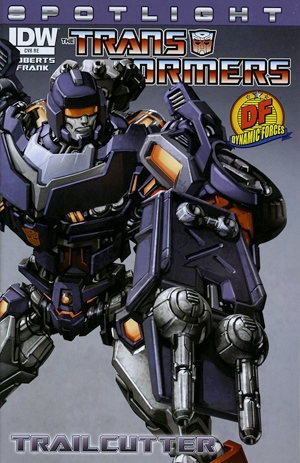 Another long shot. Hoist is again not a new character, but he is one of the lesser known ones and has a new design as well. Has a Spotlight issue. 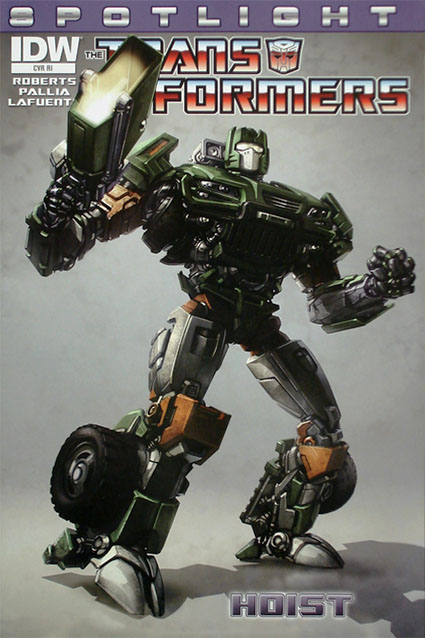 Old Answer That sounds a bit like Spotlight: Mirage published by IDW. 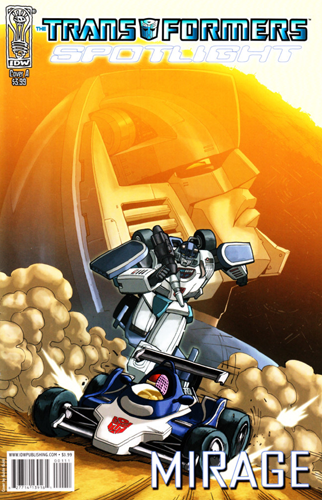 Stepping into the spotlight is the infiltrator MIRAGE, an Autobot who has long questioned his allegiances in the war against Megatron. But when a temporal accident suddenly shunts him into an alternate timeline, he finally gets the chance to experience life as a Decepticon. Will he embrace his newfound power and wipe out the last of the Autobots, or sacrifice everything to save them?

13
Cartoon movie where the main character had a robotic arm
1
Which order to read the IDW Transformers comics?
1
What is the timeline for G1 Transformers?
11
Looking for a specific novel about aliens and toilet paper time travel
10
Looking for a French adventurer-lady graphic novel (kinda sexy and gory)
5
80s/90's Robot cartoon, one like a Transformer
10
Animated featurette about a boy who befriends old junky, clumsy robot in a Jetsons-like future setting