Are there any drawbacks to Daredevil being blind?

I've been watching Netflix's 'Daredevil' series (and it's amazing) but in my watching of the show I essentially act as though Daredevil can see because his lack of sight hardly seems like any impediment to him. He even appears to be able to keep eye contact, not to mention his eyes look pretty 'normal'.

Also, in episode 5 it turns out that

So other than the missing out on the obvious aesthetic pleasures of sight, does Daredevil experience any (severe) disadvantages on account of him being blind?

You mean besides enjoying photography, reading billboard advertising, using telescopes, effectively using cameras, enjoying playing Fruit Ninja on his smartphone, driving (in his secret identity) and the myriad of other things blind people have to contend with? He is no more disadvantaged than any other blind person who manages to enjoy a life without the benefits of sight. People do it every day. 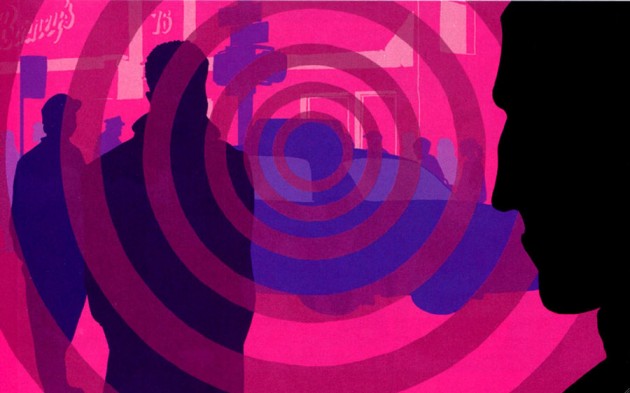 Does Daredevil experience life with the same issues normal blind people experience since he has superior senses? 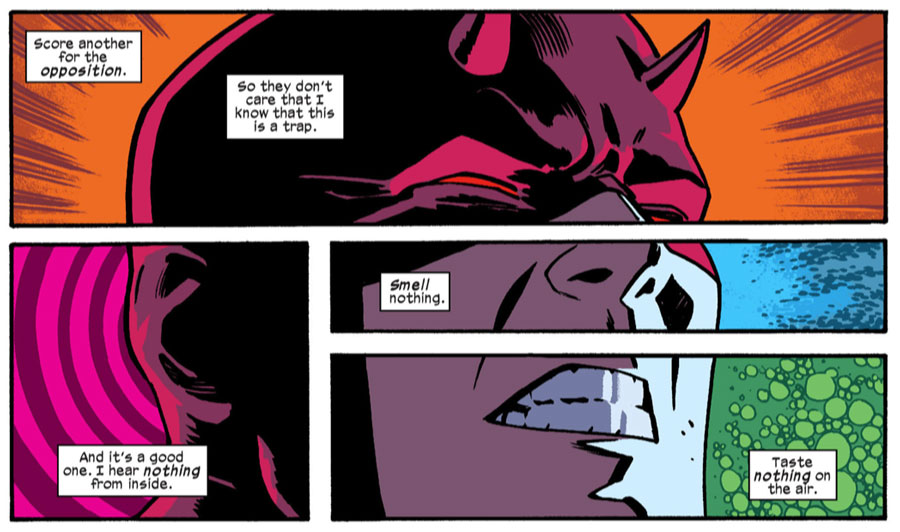 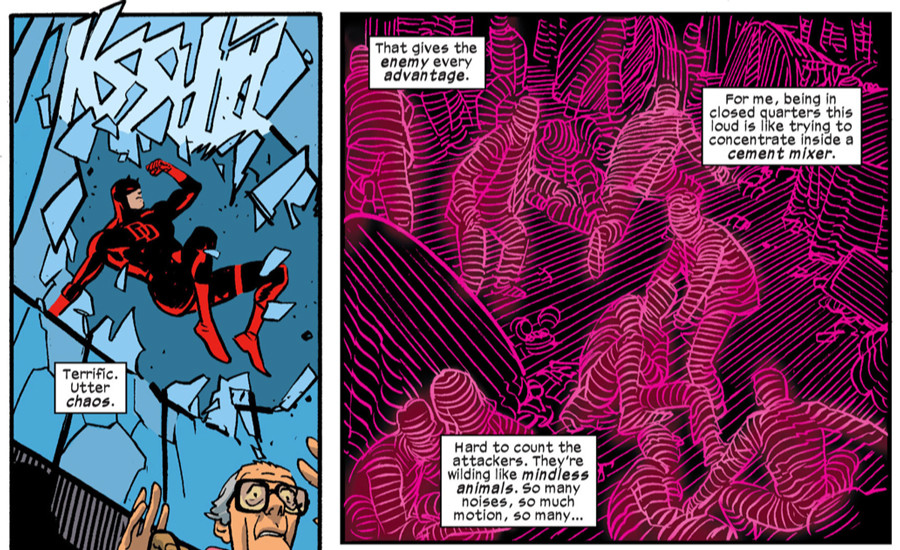 See Also: How true to the comics are Matt Murdock's powers in the 2015 Daredevil TV show?

If you are willing to ignore the obvious -- that he doesn't get to enjoy seeing what things look like -- and focus only on his ability to be a crime fighter, then no, so far on show, there hasn't been many instances where his blindness really handicapped him.

However, in the comics, it does come up every so often. Usually by accident, one of Daredevil's enemies will put him in a position where his other heightened senses become useless (for example, by flooding his ears with noises). Since Matt relies heavily on his other senses to compensate for his lack of sight, if any of those are nullified, it's like he is losing two senses.

A good example of this is the Marvel Knight mini-series, where Daredevil is pulled into an semi-illusory reality by an out-of-control Cloak. He is suddenly unable to sense anything around him. Even worse, because Matt's never really been as handicapped by his blindness as he seems, he hasn't had the need to learn to navigate the way a non-super-powered blind person would. He starts to act "obviously blind" -- he ends up needing Black Widow to guide him everywhere. 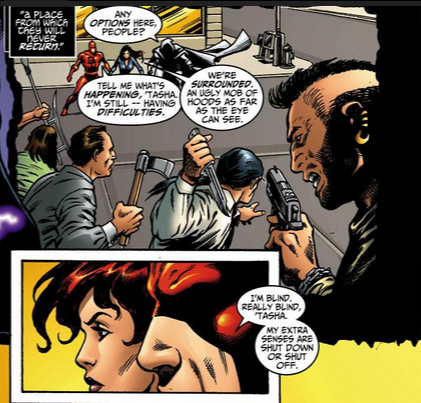 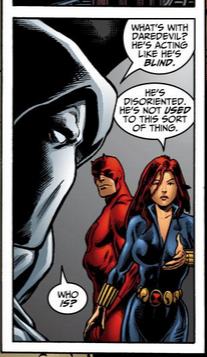 32
How true to the comics are Matt Murdock's powers in the 2015 Daredevil TV show?
9
Can Daredevil distinguish colors?

13
Are there any psychics available to the Marvel Cinematic Universe?
32
How true to the comics are Matt Murdock's powers in the 2015 Daredevil TV show?
39
In the Netflix Daredevil series, is the "Black Sky" concept from any comic?
1
Are there any rules/guidelines regarding Spider-Man's appearance?
6
When did the Hand realize that Daredevil was blind?
5
Is there any hard evidence that these characters are related?
17
Are there any anachronisms in Captain Marvel?
5
Are there any major MCU characters not based on or references to comics?