is Psylocke's Psi Blade visible to others?

In either 616 or Ultimate universe, is Psylocke's psionic blade visible to normal people? Since it's psychic energy, I've always just guessed it was only visible to those with physic preys Powers, like Xavier and Jean. The comics and cartoons often employ visual effects for certain characters powers for the viewers benefit, as those powers tend to be invisible in nature (Xavier, Magneto, Jean, basically any n-path, n-kinetic or magic based character, spidey sense).

In a similar fashion, does Iron Fist glowy fist of iron just an audience benefit or does it glow in universe?

In the early depictions it was not clear whether Psylocke's powers had a visual element capable of being seen. Later depictions as her powers grew more powerful and had a telekinetic element, her power became visible to the naked eye. 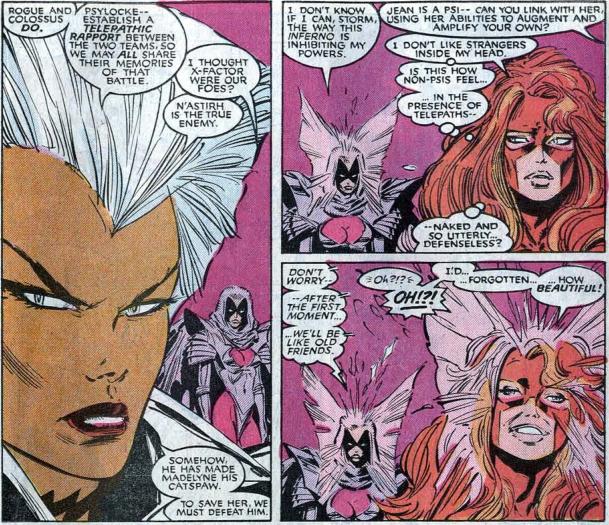 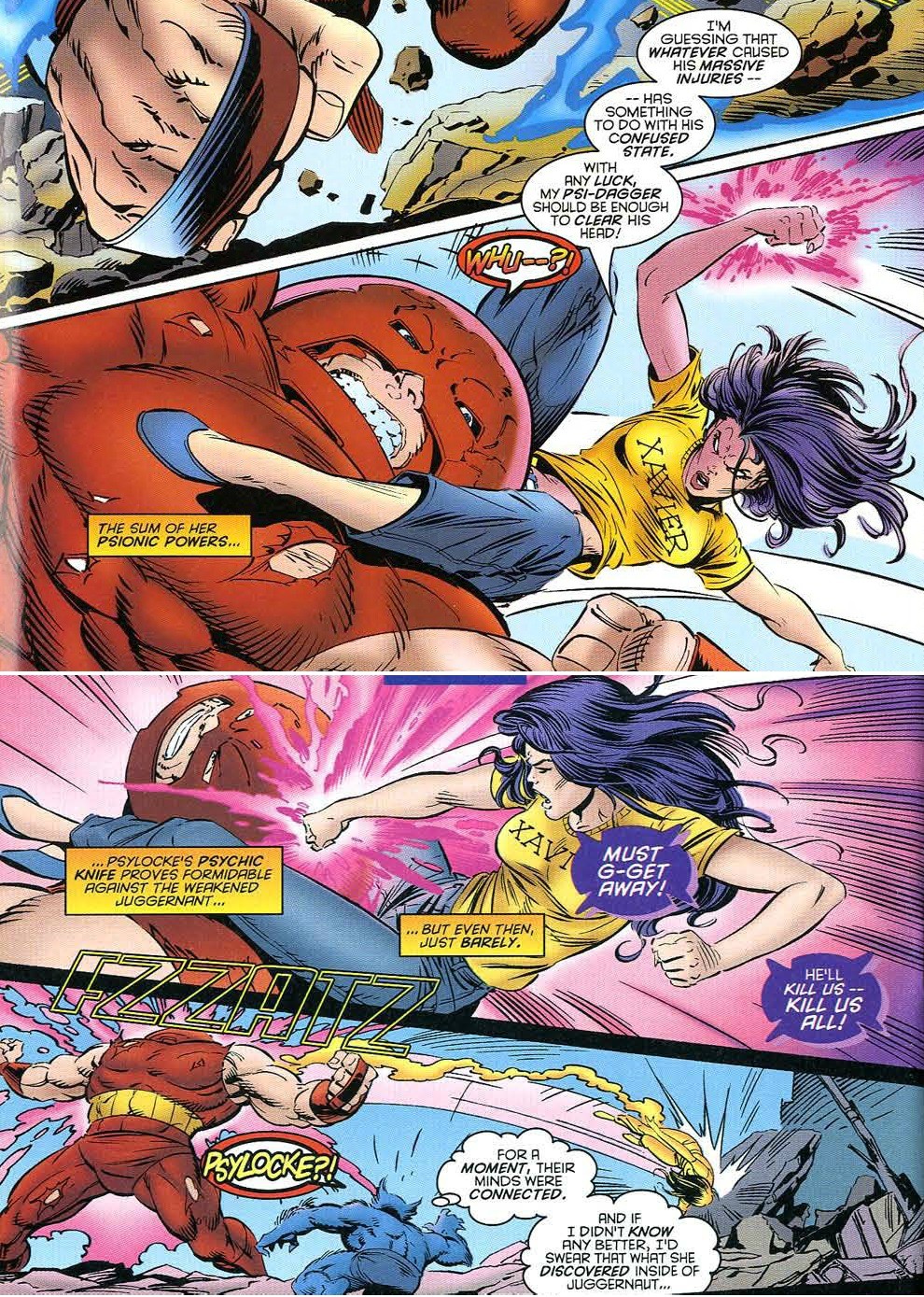 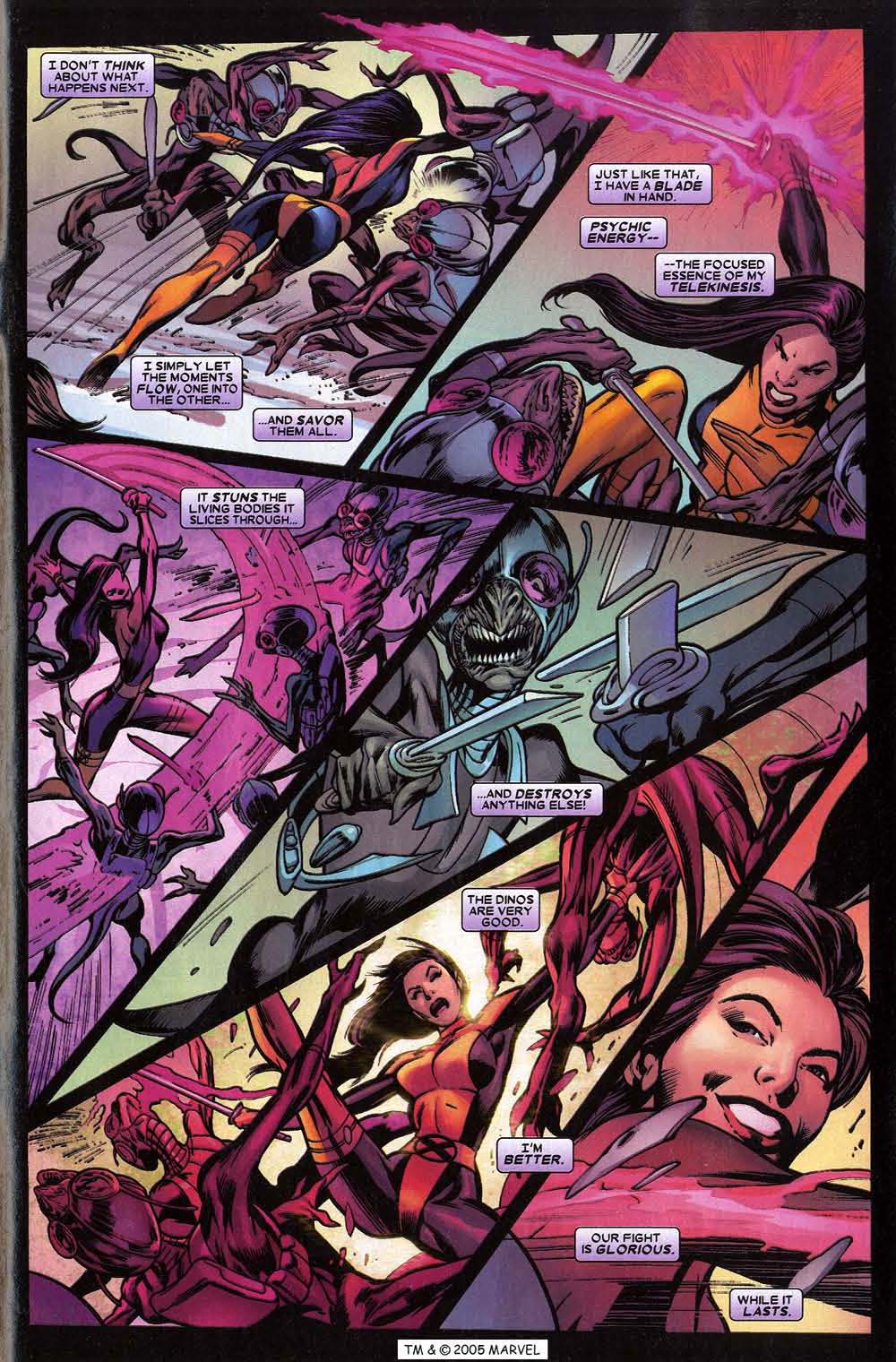 I think during the 2013 Psylocke series it wasn't made explicit but it was shown in panels that her psionic weapons do cast light and shadow.

I can't find the panel but I think in Astonishing X-Men 12 or 13 Wolverine says something about the color of her blades, or he says something like "this looks like one of Psylocke's blades", indicating that he has previously seen one and is making the comparison.

13
Could the Muramasa Blade cut through Adamantium? What can't it cut through?
4
How does the Muramasa Blade block Wolverine's regeneration capability?
8
Could a bullet made out of Muramasa blade kill Wolverine?
5
Is Principal Wood inspired by Blade?
2
Was Gordon Walker based on Blade?
8
What was the device used to knock out Hank and the others?
8
Why didn't others steal Yondu's fins?
2
Did Blade also have vampiric mental powers?
8
Can Mr. Immortal die permanently? (and others with self-resurrection)
8
Was Janet Van Dyne actually visible in the first MCU Ant-Man movie?