After having watched a movie, Jurassic World, I recalled reading a comic book about the Hulk where there also were the dinosaurs. It was about 10 years ago I used to look at the pictures in the comic book. I didn't really like to read as a kid. There is one thing what I saw clearly since it has affected me.

There was a dinosaur who was about to drown in the water but the water was not deeper than its height. The Hulk saw it and was really angry. He then made the feet of dinosaur to land on the ground in the water in order not to drown pathetically. This dinosaur realized and acknowledged the Hulk somehow because the Hulk and the dinosaurs used to fight one another. There are other parts I remembered but they were not as clear as this one. Maybe he once wore a straw hat before he transformed into the Hulk. I would like to read this comic book again but I don't know what it's called.

A comic book featuring the Hulk and a character called Devil Dinosaur came out in 2005. The dinosaur was under the control of an evil character named Sauron. There isn't much more information about Hulk and dinosaurs available on the interwebs. Here's the cover of the comic book: 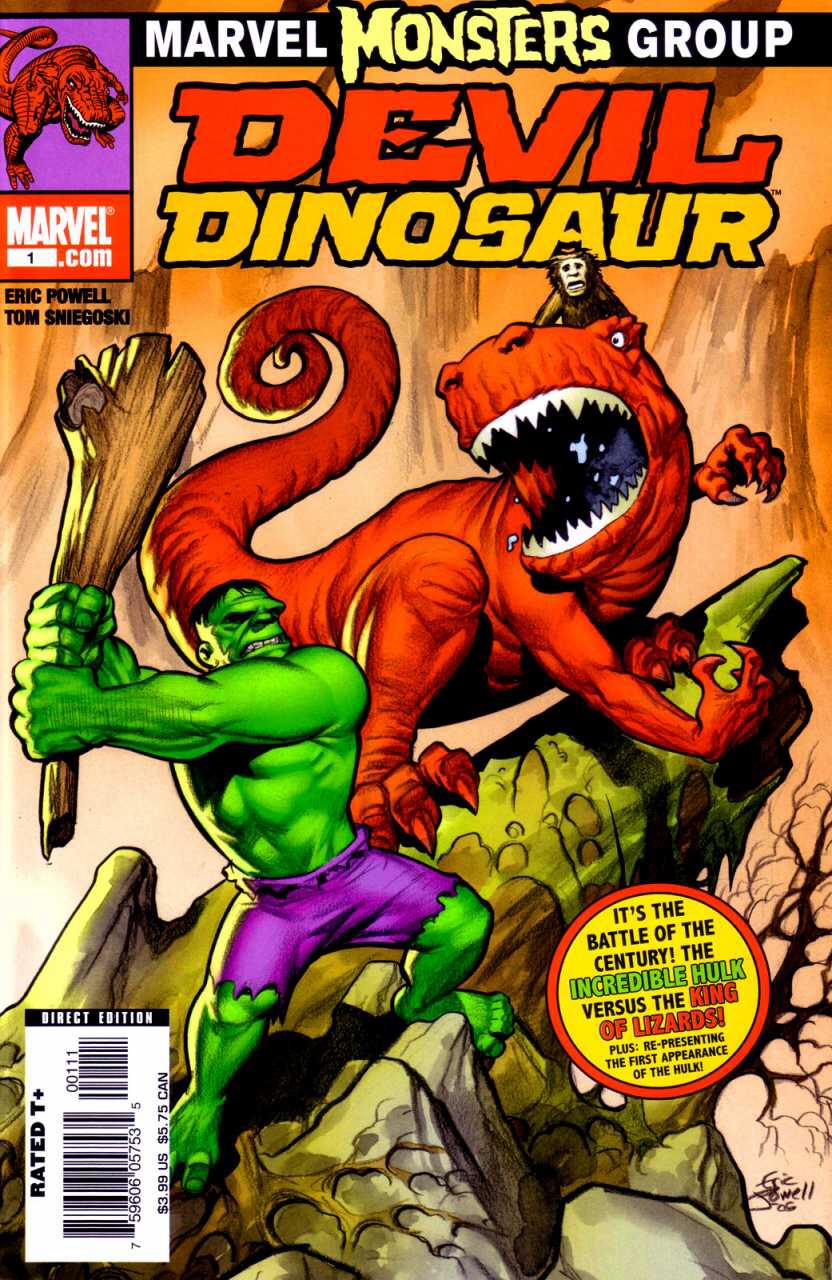 Not the answer you're looking for? Browse other questions tagged story-identification marvel the-incredible-hulk episode-identification or ask your own question.

22
Trying to Remember a Book that explored evolution of Dinosaurs to intelligence and then encountering humans
8
SF Novel About Evolved Dinosaurs in Cylindrical Spaceship Coming to Earth
13
Has there ever been a fight between Iron Man and the Hulk where one of them won?
10
Name of a comic about a young tyrannosaurus
7
Comic book set in futuristic setting with reptilian humanoids
7
Which SF anthology about dinosaurs is this?
4
Book like Time Safari with invisible and sentient dinosaurs
3
Old (80s?) children's sci-fi book about everyone turning into dinosaurs