What's on the southern hemisphere of the World of Ice and Fire?

As we now know for certain, the World of Ice and Fire (Game of Thrones) is round. Well, we note that the southernmost known or charted area - specifically Sothoryos - are tropical jungle lands. This suggests they're close to the equator, rather than to the south pole.

Is there any reference in the books to what's on the other hemisphere? The opposite side of the world? Cold/frozen lands in the far, far south?

tl;dr: The short answer is, we have no idea what's down there.

When The Lands of Ice and Fire was released, it included a map of what was considered the "known world" -- Westeros, Essos, and Sothoryos. It also included a fourth map of a place called Ulthos, which may or may not be a continent. Ulthos is east of Sothoryos, and about all we know about it is that it's also covered in jungle.

In fact, Martin has deliberately avoided revealing any information about what lies across the southern seas, because that's how things worked during the period in Western European history that he's basing his story on:

"Some of that is, Here there be dragons," Martin cautioned. "It's beyond the world they know." Of the other continents yet to be explored, Martin said he "deliberately" kept Sothoryos mysterious, to echo real-life history: "Even though Africa was known to Europe from the earliest days of ancient Greece,” he said, “we knew relatively little about sub-Saharan Africa." 1

As far as what we would find there if we looked, on a normal planet in a typical orbit around it's star, the further towards the poles you go, the less direct sunlight you receive, so the colder the climate is. This lines up with what we see on the planet of Ice and Fire, if we assume that both Sothoryos and Ulthos are near or at the equator: it's colder up north and warmer in the south. That would imply that the lands further to the south would also get colder as we went down.

Of course, there's a bit of a snag in this theory: Westeros has flaky weather, which Martin has essentially confirmed to be magical. So, we can't make any of those assumptions about normal climate on the planet. Which means, we literally know nothing about the lands south of Essos.

This region is unexplored, so no one in the story really knows. GRRM touches on this in a series of answers regarding geographical information:

There will be new maps in each book, so the pieces will gradually come together... but I am not sure that I will ever do a map of the entire world.

I like the idea of far off realms being fabulous places, and the maps getting vaguer out toward the edges... as they did in real life. "Here There Be Dragons," and all that.

The Lands of Ice and Fire depicts a map of The Known World: 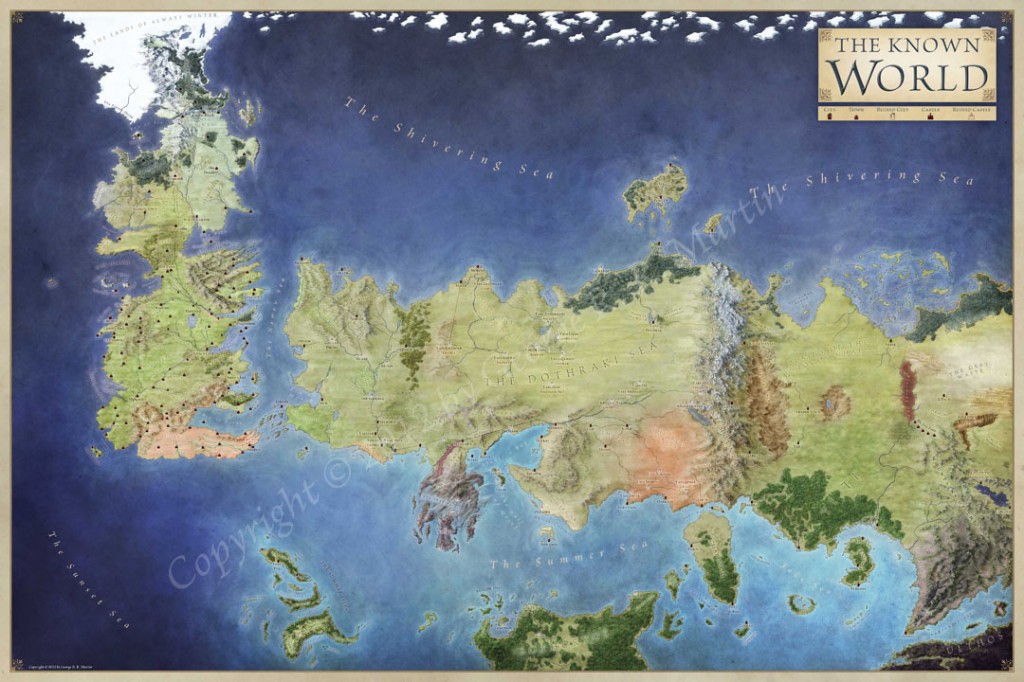 We can see that to the South of the known continents of Westeros and Essos, there are two more, Sothoryos and, to the far South-East, Ulthos.

Anyway, as far as I can tell, this is the most complete official map that we have at out disposal.

As KutuluMike said in his answer, we can try to guess something about the location of these landmasses by the climates, which is the basis of my previous assumption that the North part of Westeros is close to the pole1, and that the areas covered with jungles lie in the vicinity of the equator, but since we also know that the climate is also ruled by magic, these can only be speculations at most.

There is also the possibility that Sothoryos and Ulthos are not as extensive as Westeros and Ulthos, and that the Southern hemisphere, wherever it might start, could be mainly covered by oceans, leaving the landmasses primarily on the North, pretty much like our Earth2: 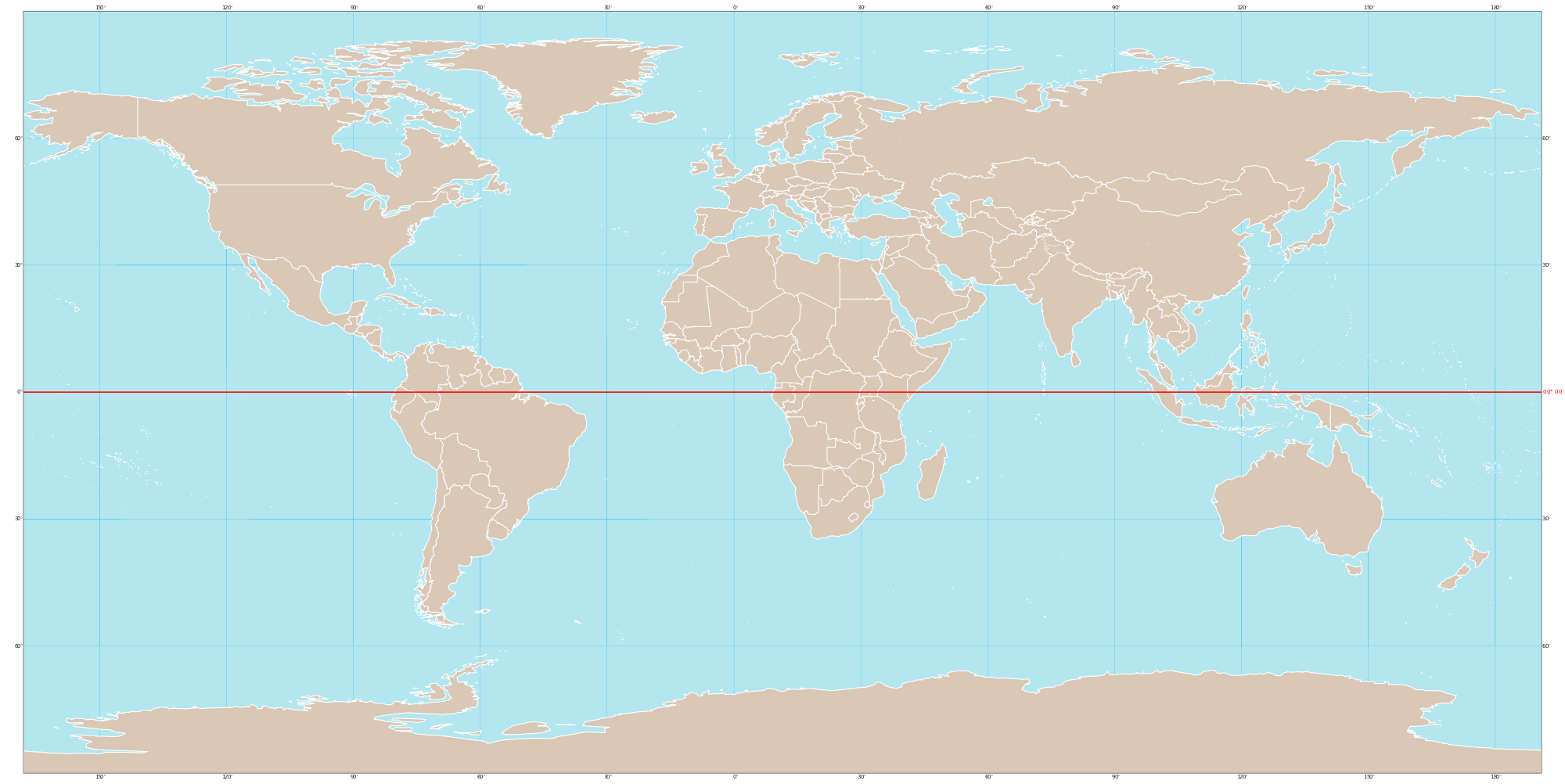 1. But in fiction, there can also be planets where poles are deserts and equators huge glaciated mountain chains...
2. Because of the projection used by this map, Antarctica seems to be larger than it is in reality.