Do teleporters exist in Star Wars?

Star Trek relies on them all the time but are there any teleporters in the Star Wars universe? And if not, why not? Did George Lucas ban them?

There was no "Technological" teleportation in Star Wars Universe.

Instead there was Magical apparation ... errr ... wrong Wikia ...

There were two (possibly related) instances of Force-based teleportation:

In the Expanded Universe video game "Star Wars: The Old Republic" set a thousand years before the movies, there is an experimental teleporter that is being tested on the planet Belsavis.

It does instantly transport living beings with everything on them (clothes, weapons, etc.) over short distances to other similar transporter terminals.

The technology is described as experimental in the game. No explanation was given to how it works. And nowhere is it later referenced if the technology moved beyond the prototype stage or if it was deployed anywhere else besides select locations on Belsavis. 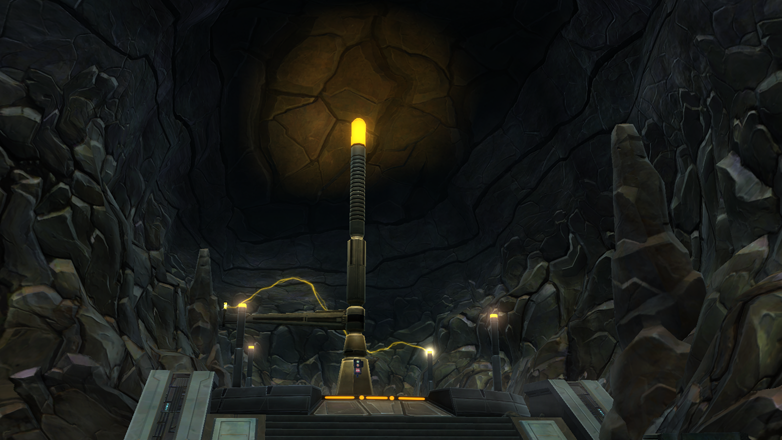 Luke mentions teleportation in A New Hope to C-3P0:

"Not unless you can alter time, speed up the harvest or teleport me off this rock."

Surprised no one has mentioned this.

It's not a teleporter in the classic Star Trek beaming sense, but by the literal definition of the word, a teleporter is used in the Dark Horse comic Boba Fett: Bounty On Bar-Kooda. A magician named Magwit uses a 'short-range matter transmitter'. By all appearances, space is folded between separate devices, allowing for the user to instantaneously move from Point A to Point B by walking through one side and out the other.

In the story, Magwit had stolen it from 'a rather strange alien' and incorporated it into his act. One device was on stage, the other hidden away in back. No one was aware how his 'mystifying hoop trick' worked, indicating such technology was entirely unheard of in the Rebellion and New Republic eras, when Magwit was performing.

6
Is this an example of teleportation in Star Wars?
-2
On which planets is C-3PO knowledgeable about time manipulation and teleportation?