Are there normal long-haired male Vulcans?

The typical Vulcan is depicted as short-haired guy with long robe. I can't recall seeing a male Vulcan with long hair.

Sure, Spock once did in Star Trek: The Motion Picture, but I recall that he's been in a kind of exile (please correct me if wrong). And after they returned him to the Enterprise, he got a fresh and clean short hair cut.

I also Googled a bit, but the only thing I've found has been 50 Shades of Long and Prosper.

Spoiler alert: Not safe for people who can't look at a naked male torso. 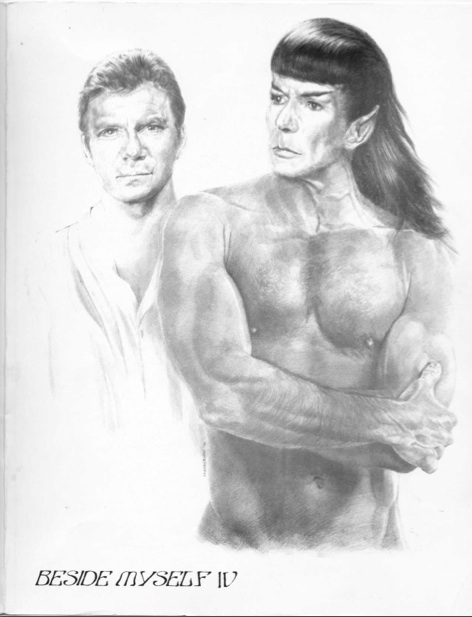 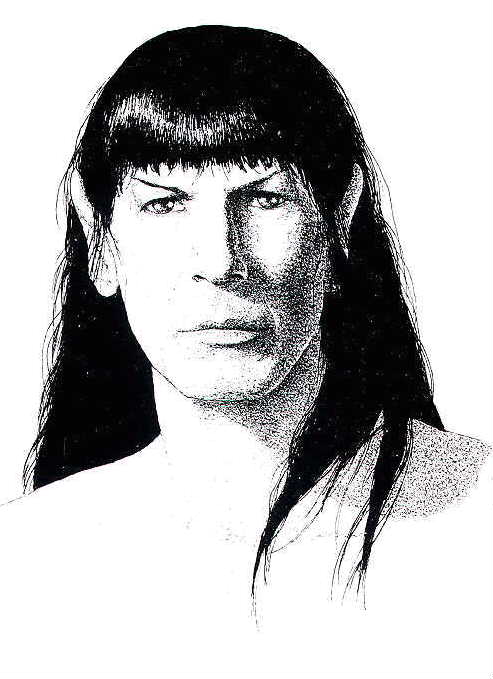 After that I went a bit thinking. Sure we only see short-haired male Vulcans, but we mostly also see military or persons of publicity. And even on our world "The Businessman" wears a suit and short hair. So maybe these occurances are just situational. Military haircut? Business and ambassador haircut?

It's like Klingons: Sure they're all with blood and honour, but we also know that there are normal folks on Qo'noS like smiths, engineers or vendors.

So are there long-haired male Vulcans in canon? By that I don't mean Vulcans in exile or not in favor of a barber. Just normal citizens having long hair.

Because what can be more metal than being born on a vulcan?

The image you posted has scarred me for life, but yes, Vulcan males can grow their hair out just like a human male can. However, 99.9% of Vulcan males keep their hair short on purpose.

The short-cropped hairstyle seen on most Vulcan males is a sign of their devotion to the teachings of Surak. In fact, chronologically-speaking, Surak is the first Vulcan male we see sporting the hairstyle (ENT S04E08 "The Awakening"), so we could speculate that the trend started with him.

Even those who follow Surak occasionally grow their hair out long, although this is only seen when away from society. This is seen on Spock in Star Trek: The Motion Picture as you mentioned, but is also seen on Syrran, a follower of Surak in the 22nd Century.

When we first see Spock in TMP, he is finishing the rite of Kolinahr, which means he has been living a monastic life of solitude for a period of at least two years. When we see Syrran, he also has been living in solitude, wandering the desert for an unknown period of time.

Spock's brother Sybok, on the other hand, has rejected (or rather, reinterpreted) the teachings of Surak and believes that much of what Vulcan society has embraced - logic, lack of emotion - is a perversion of Surak's actual intent. As a result, he wears his hair long as a sign of this rejection. This is a highly unusual case where a Vulcan male allows his hair to grow out on purpose, and is the only case we know of within Star Trek canon.

32
Are Vulcans really incapable of telling a lie?
35
How are Vulcans and Romulans different from each other?
21
Were there any Vulcans serving on the Enterprise D?
13
Are Mintakans related to Vulcans?
11
Are Vulcans spiritual at all?
3
Any short-haired, skin-head or bald Klingons out there?
4
Why would the Vulcans take so long to translate the Kir'Shara?
3
Do Vulcans lose muscle and bone mass after living long term on Earth?