What is the fastest ship in Star Wars?

What is the fastest ship in Star Wars?

Is it the Republic Warship or something else entirely? 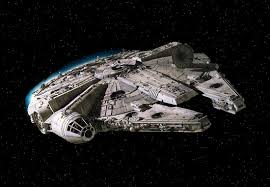 The Aing-Tii monks have instant ships. (In the EU / Legends).

"Their star drive is considerably different from ours. As you may have noticed from the battle. Instead of using the usual hyperspace travel, their ships are able to make an instantaneous jump to whatever point they wish." ―Jorj Car'das

I believe this makes them faster than even that old tired YT-1300 piece of junk called the Millennium Falcon.

Lando describes the Millennium Falcon as

..the fastest hunk of junk in the galaxy.