When was Thor first portrayed as an advanced alien, not a god?

As so many fans are so fond of pointing out, the Asgardians in the MCU are not actually gods, but rather a super-advanced alien race. Their "magic" is merely technology, their lives are limited. Any worship of them as divine beings is either a mistake (e.g. Odin) or a deception (e.g. Loki). I have discussed how I feel about this, but sadly, the matter has been settled.

And yet, that's not always how it is. The comic book Thor seems to be a genuine god, at least he was during the God Butcher arc, which revolves entirely around gods and their godly nature. No mention is made of technology or advanced aliens, and numerous mentions are made of "godly" factors such as reliance on worship, etc, not to mention godly feats, like being tossed straight through a moon and coming out the other side. There are also numerous physical distinctions, such as "godblood" being a material discernible from mortal blood. 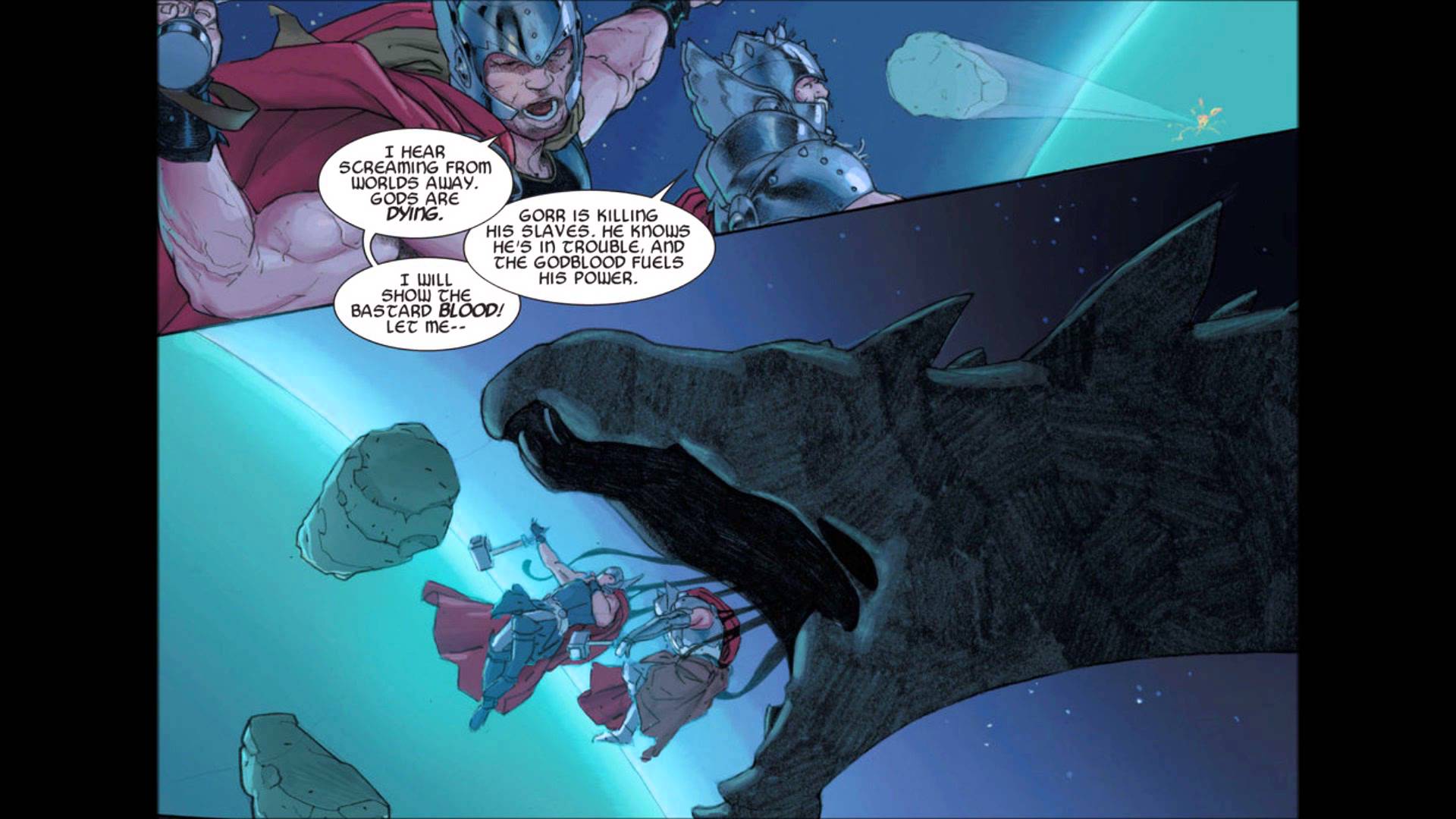 And anyone who has read that arc knows that if the gods were merely highly advanced mortals, Gorr would have brought that up. 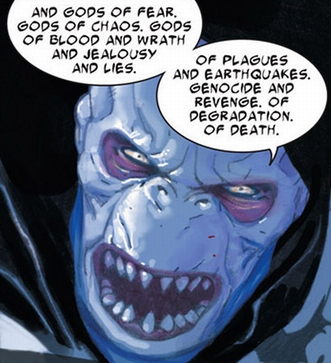 So I'm wondering, when did this van-Daniken-esque take on Thor begin? Was it an invention of the MCU, or is there precedent in the comics? Is this an Ultimate/616 split, or do different writers interpret it differently within the same universe?

It was hinted as far back as Thor #300 (October 1980) that the Asgardians might not be gods but god-like aliens who resided in nearby dimensions, attempting to protect the Earth from extra-terrestrial threats such as the cosmic space-gods, the unknowable Celestials. 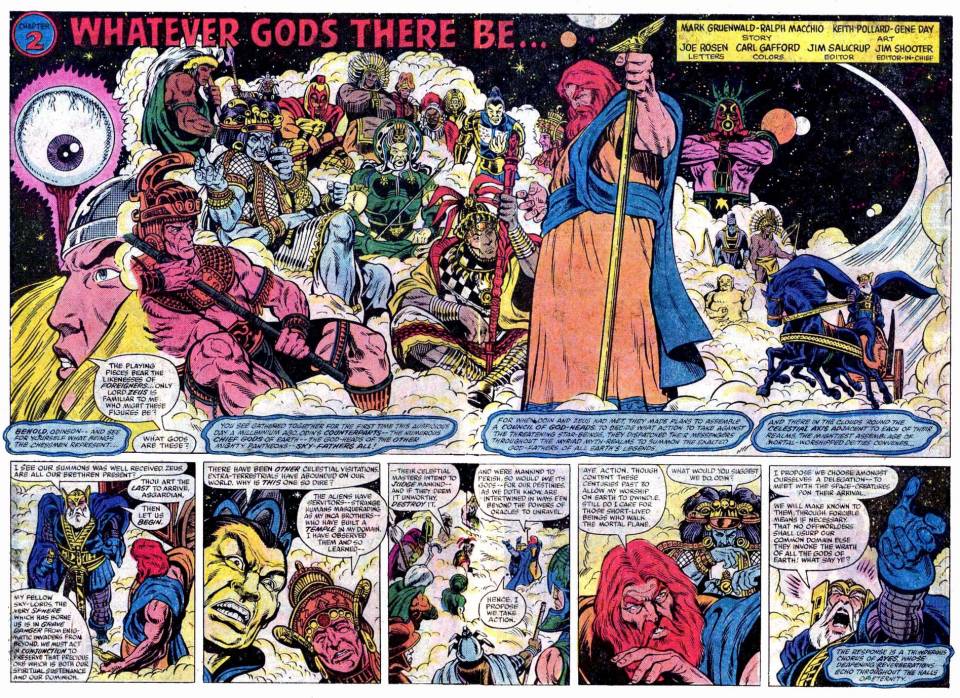 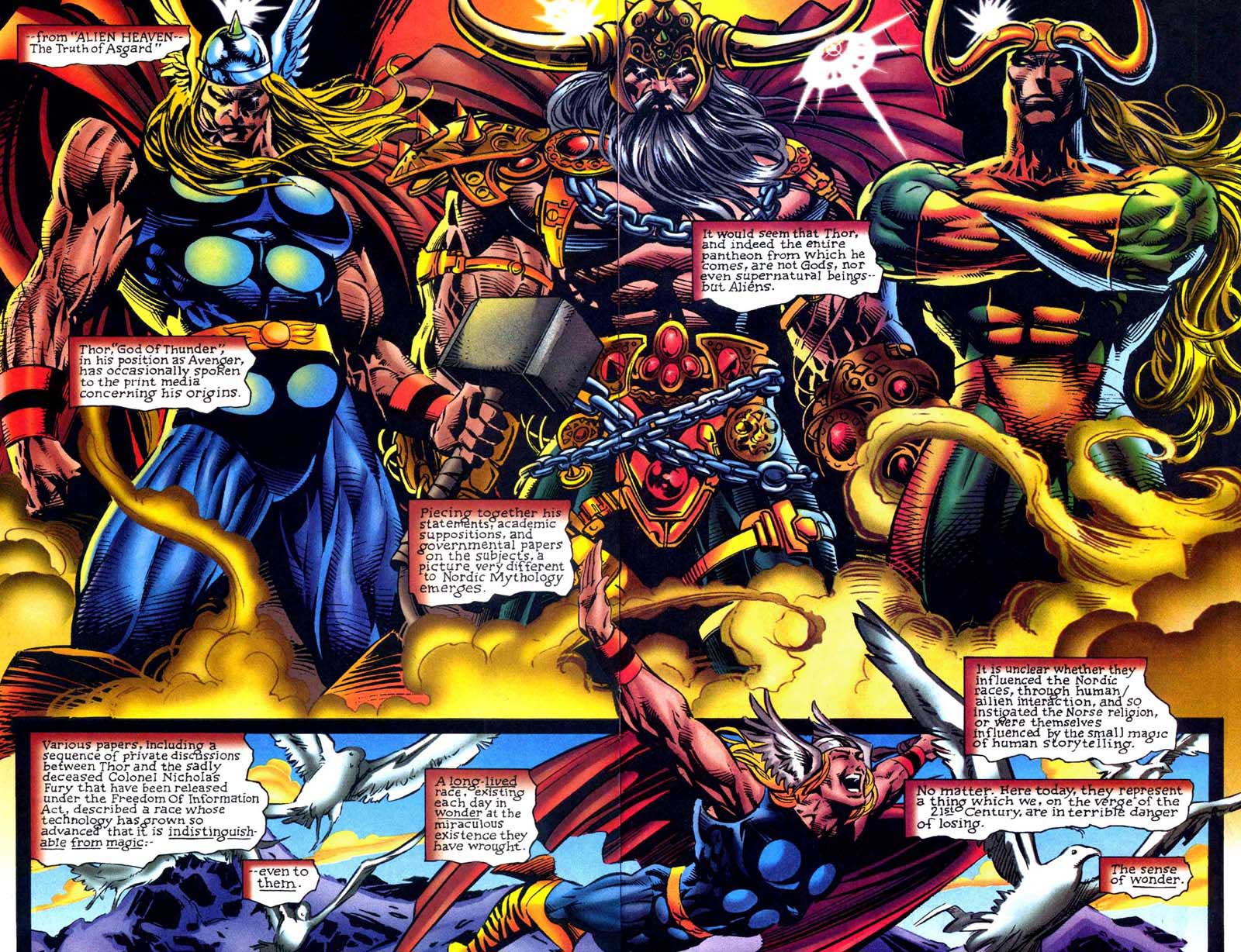 See Also: What was the ultimate origin of Asgardians?

See Also: How long do Asgardians live for?

Not the answer you're looking for? Browse other questions tagged marvel marvel-cinematic-universe thor-marvel asgardians norse-gods or ask your own question.

2
When did the Asgardians become aliens instead of gods?
22
How long do Asgardians live for?
25
In what sense are Asgardians "immortal" in the MCU?
8
Does Ultron believe in god?
7
Why is it forbidden for any alien species to visit Earth in Marvel NOW?
8
What was the ultimate origin of Asgardians?

15
How could Thor's hammer Mjölnir be forged in the heart of a dying star?
43
Are there any actual gods in Marvel comics?
13
How does the superpower distribution of Asgardians work?
21
Why was the female Thor not given another name?
25
In what sense are Asgardians "immortal" in the MCU?
9
If Thor is the god of thunder, why does he control lightning, even indoors?
18
How, if at all, was Thor unaware of Hela?
8
Where does Thor get his hammer when he's not using it?