When did the "Mutant Problem" begin?

X-Men (and related stories) feature mutants of various kinds at pretty much every point in history, including some who pre-date history.

That being said, my understanding is that public awareness of mutants is a fairly new thing. I don't think Washington knew about mutants during the American Revolution, or Caesar during the Roman Republic. They may have encountered them (the Rule of Cool insists on cameos of mutant "prophets" and "witchdoctors" during historical scenes), but the existence of superpowered humans (in the sense of mutants who could be in your family, as opposed to gods, etc) wasn't widely known.

Is that accurate? And if so, when did public awareness of mutants begin? Was it precipitated by a particular event, or did it gradually develop as more and more mutants were born?

The mutant problem became an issue in the early 1960s when Bolivar Trask, commissioned and created the first Sentinels to destroy the X-men. The Sentinels first appearance (along with Trask) was in The X-Men #14 (November 1965) 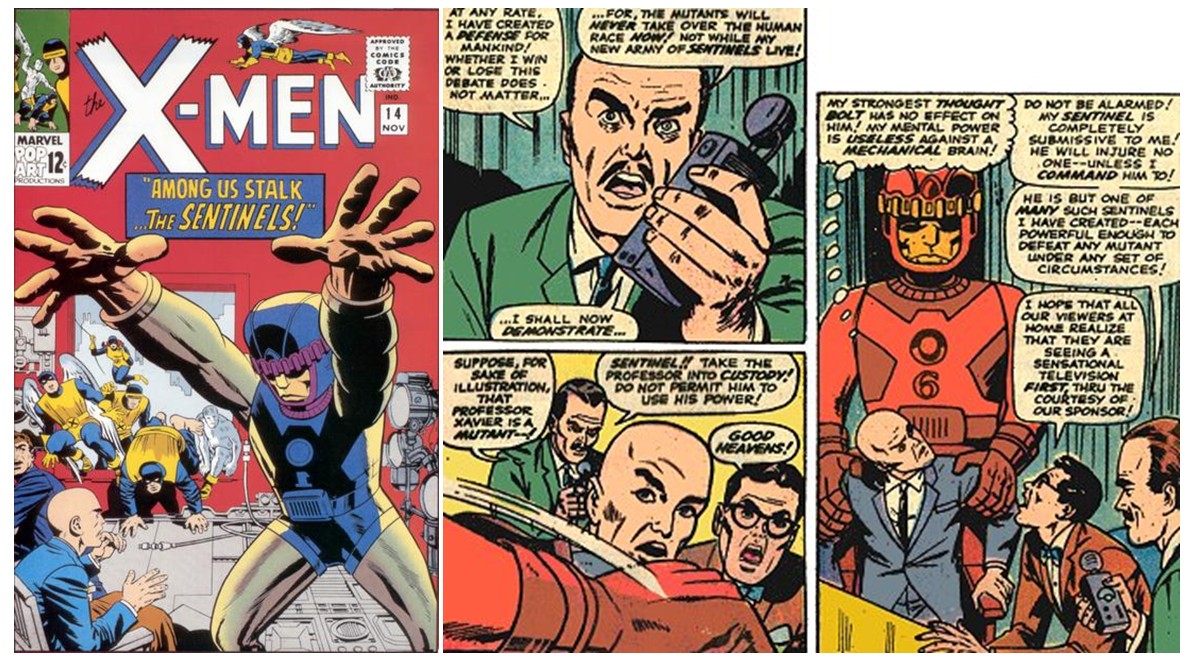 In the end, Trask suffers the same fate as Frankenstein, to be betrayed by his creation, captured by them and watch as they decide they are superior to humans and mutants. 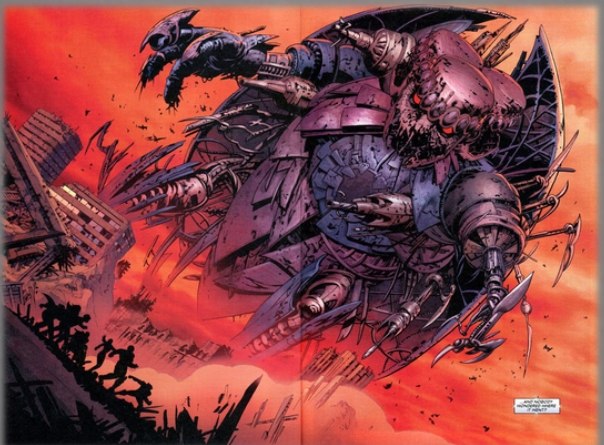 Your assessment is correct — mutants have been around for a long, long time, but there was a sequence of events in the 20th Century that finally brought them to the public's attention. Within the 20th Century, the awareness of mutants seems to have ramped up gradually, between 1920 and the early 1960s.

The following excerpt is from the wiki section of Marvel's official web site. (The bold emphasis is mine.)

While records of Mutants on Earth appear as early as 5,000 years ago (with the emergence of Apocalypse in Egypt) the Mutant population did not grow to significant numbers until the early 20th century. Mutant births, however, began to increase throughout the 20th century (presumably due to environmental factors related to industrialization). In 1920, one of the most prominent mutants was born: Namor the Sub-Mariner, who is considered by many to be the first modern-day Mutant. The Second World War saw the emergence of Mutants as soldiers as several...including Toro, the Sub-Mariner, and Wolverine fought in Allied or Axis armies. The World War II era also saw the beginnings of programs which used mutants as genetic soldiers, such as the Weapon Plus program. Mutant births steeped upwards after the end of the war (following the atomic blasts in Hiroshima and Nagasaki).

As Mutant populations grew, human governments and populations reacted harshly to them, and the Mutants began to form widely divergent ideas about how best to live within the larger human society. Mutants broke off into two rough camps...

Note that Namor's activities were quite "public" — in at least one origin story, he wrecked ships and warred against surface-dwellers and generally attacked human civilization before joining the Allies' fight against the Axis in World War II. 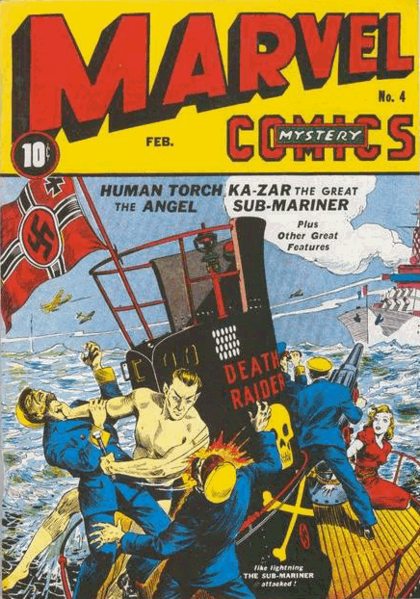 It can't be confirmed, however, to what extent his activities would have been reported to the public-at-large. The answer is likely "not at all", given what we find over at the X-Men Wiki:

Very few people know about mutants before the latter half of the 20th Century...many, if not the vast majority of mutants apparently hid their powers. The general public did know about [supersoldiers] like Captain America. The American military knew of Wolverine, but they were unaware that he was something categorically different from other supersoldiers...Activities of some superheroes and supervillians may have been what notified the general public about the existence of mutants.

Due to Marvel sliding window policy, all major events and characters are modern era. We are looking at post world war 2 for most characters. Anti mutant sentiment in 616 is generally considered to be cold war or newer.

Of course, considering that current events also happen, main xmen team is 30ish and nowish, 2015. This is sort of an unanswered discontinuity, as some characters are specifically tied to events that are realistically outside of the sliding window (cough cough Magneto in nazi concentration camps as a young boy). Xavier on the other hand keeps being forty ish when alive.

In general, anti mutant sentiment peaks at whatever age the current mainline xmen story says it did. Right now it's roughly the late 60s early 70s.

Not the answer you're looking for? Browse other questions tagged marvel x-men history mutant or ask your own question.

18
How do the mutant levels correlate with the mutant classifications?
10
Is there a set limit on mutant abilities, where they're deemed too unrealistic?
4
Was Grigory Rasputin a mutant?
7
Is the mutant gene dominant or recessive?
2
Are there any mutant inhumans in marvel comics?
1
What is the difference between a human and a mutant?
3
Can Cerebro measure the strength of a mutant?
4
Who is the oldest mutant (in-universe) in marvel universe?