When and why did the Enterprise get balls?

When the USS Enterprise first appeared, its warp nacelles looked like this from the rear: 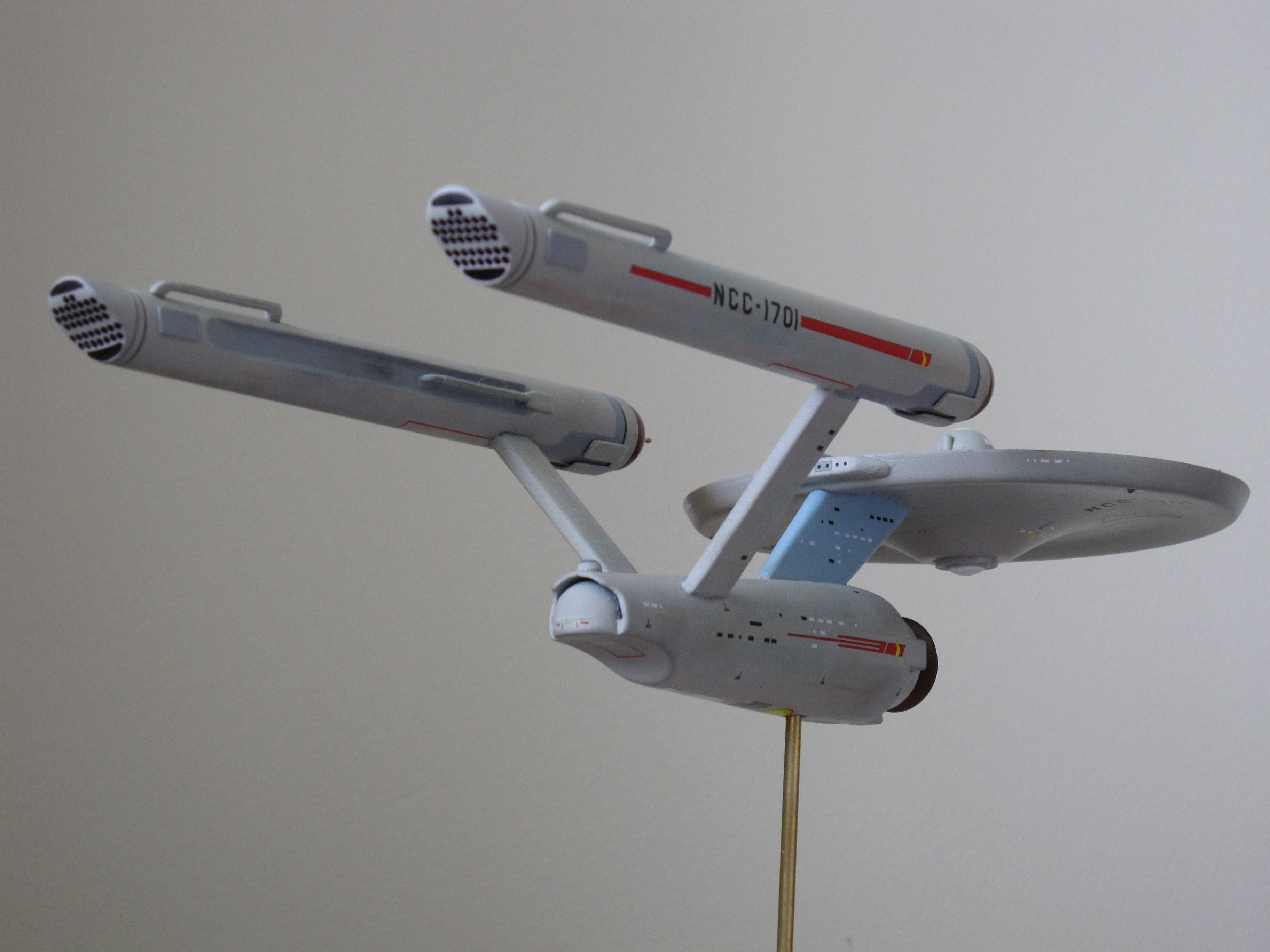 At some point in The Original Series, the ship seems to have enjoyed a mild refit, resulting in ball-like attachments at the rear ends of the nacelles that weren't there before: 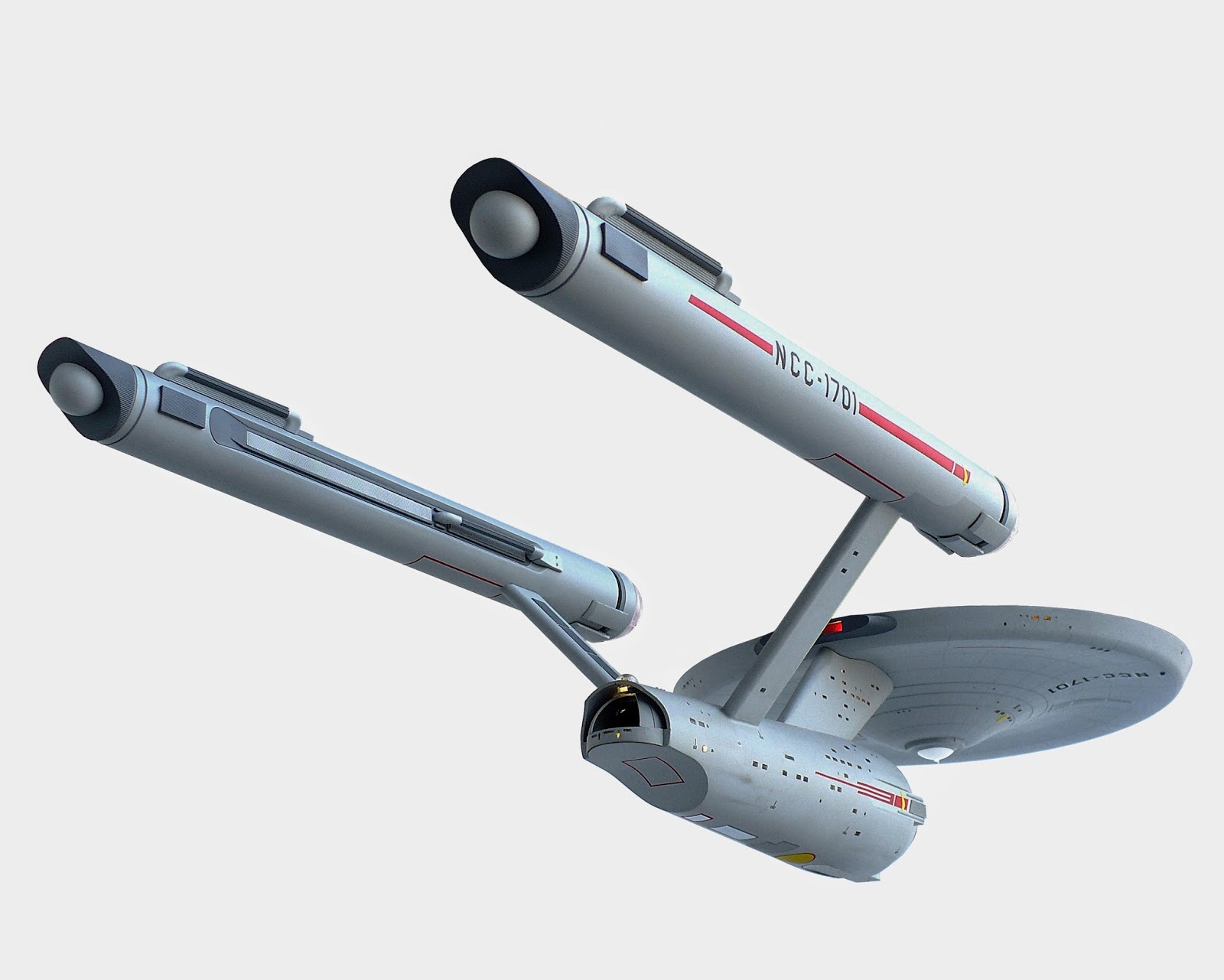 When exactly did the Enterprise receive these balls and what is their precise function with respect to the ship's warp drive?

There were two versions of the Enterprise used in production. 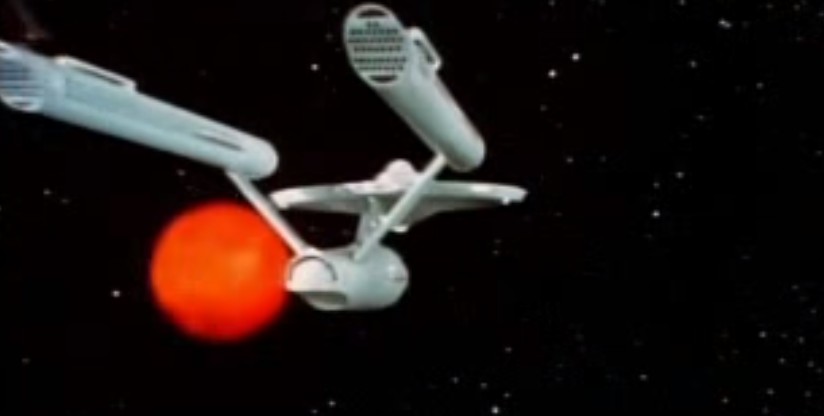 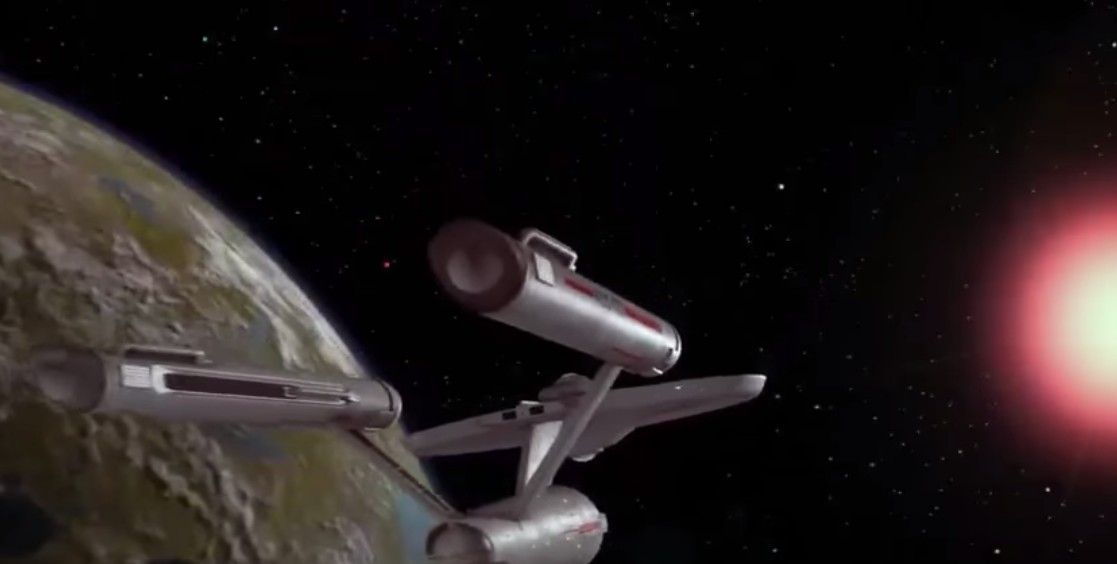 Here is some footage from the Smithsonian talking about the history of the original Enterprise model used in the series.

Out-of-universe, this was due to the existence of more than one Enterprise model, and to footage being reused:

The second configuration, used in the second pilot (and throughout the rest of the series, due to footage being reused) was similar to the first version, with the addition of running lights, additional markings, and a grille pattern on the rear of each engine nacelle.

In-universe, we have the following observation:

Sometime between 2265 and 2266, the old deflector dish was replaced by a significantly smaller model, the spikes on the Bussard collectors were removed, a smaller bridge dome of flatter curvature was installed, the aft caps on the warp nacelles were each equipped with a spherical attachment, and the impulse drive now had only two large exhausts.

It is unclear whether the warp nacelles were merely modified or completely replaced.

As pointed out in Thaddeus' answer, there are two refits documented where modifications to the warp nacelles occurred. However, I am of the opinion that the second refit is the one that we are interested in:

A second, more extensive refit occurred at some point after her encounter with the "galactic barrier" in 2265. It involved replacing the bridge module, a newer, smaller deflector dish, and refinements to her warp nacelles

In other words, the first refit happened between 2264 and 2265 but the modifications to the warp nacelles occurred between 2265 and 2266.

As to what these "ball" attachments are, here's a blueprint: 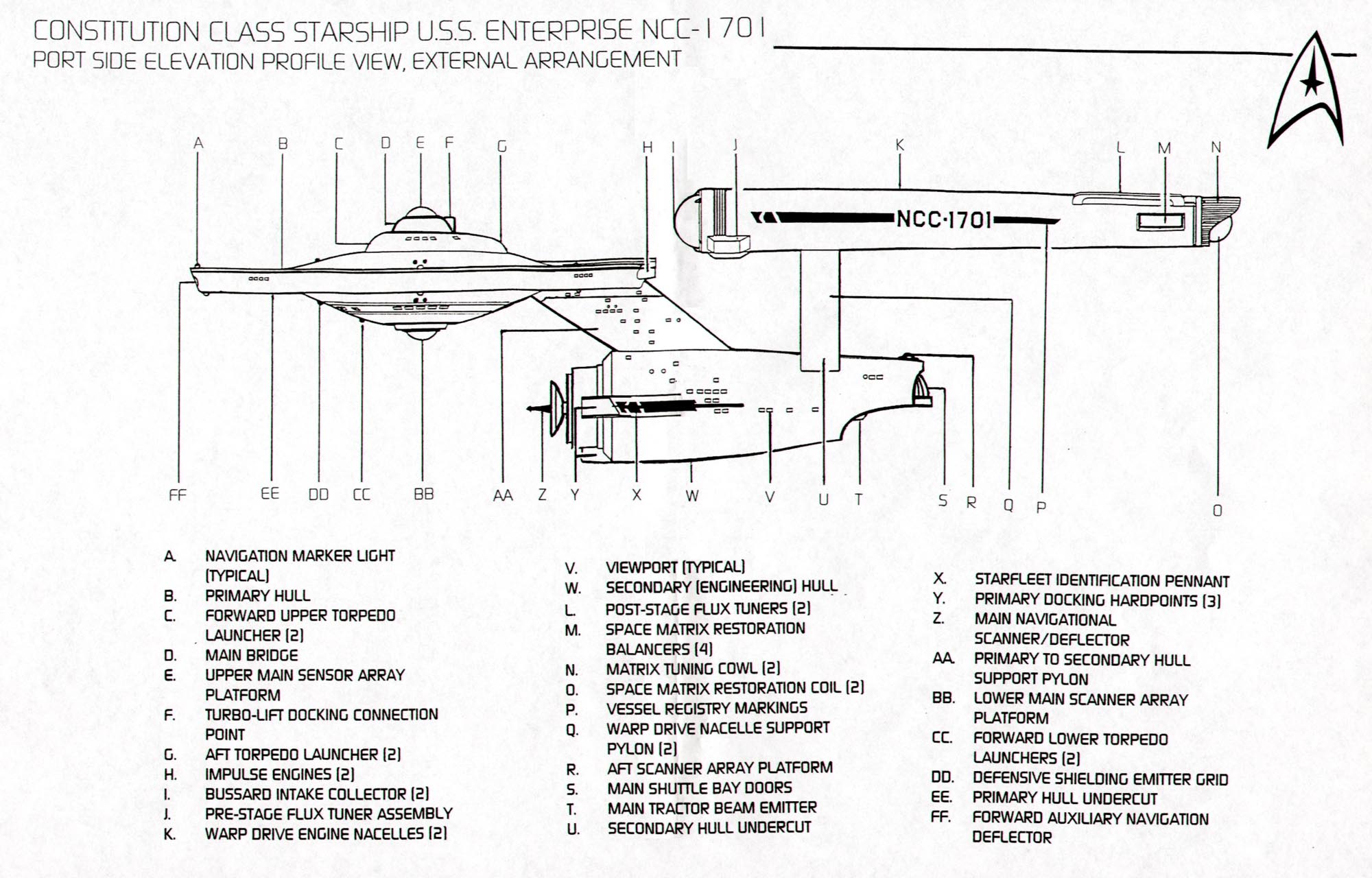 You will note that the "balls" are referred to as the space matrix restoration coils. The Memory Alpha article I've linked to is pretty useless, but this site has something more to say:

While the exact function of this component is unknown, it can be surmised that the device in some way alters the state of particles that interact with the warp coils. It is generally believed that the device in some way keeps the Coils in phase with the normal universe and prevent them from slipping into subspace as a result of the massive energy fields that they generate.

As the article above goes on to say, this is a pretty important aspect of warp travel! I can't actually find a blueprint of the Enterprise prior to its 2265 refit where the "balls" were added, but looking at the below blueprint of the Enterprise after its major refit, you can see in this aft view that it doesn't have any balls, but still incorporated the space matrix restoration coil as referred to in the Memory Alpha page because we hear it mentioned in The Motion Picture : 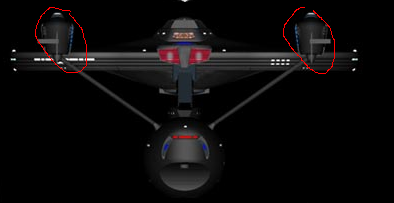 Furthermore, when we look at the Enterprise NX-01 blueprint, we also see that there it too had a space restoration matrix coil, meaning the Enterprise prior to refit probably also had it: 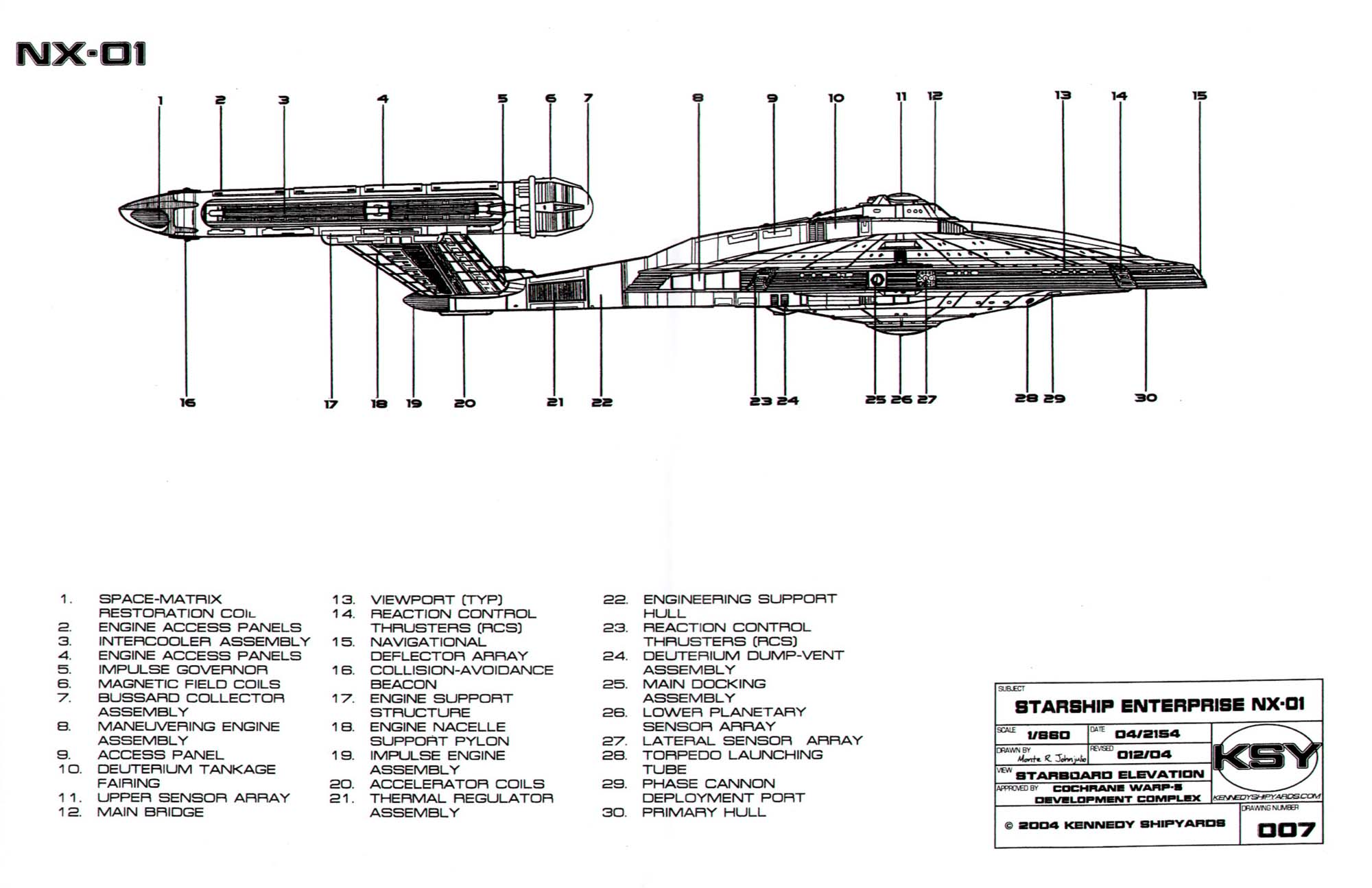 The important thing to note from this image is that there are no "balls" for the space restoration matrix coil, so the parts on the rear of the nacelles on the pre-refit Enterprise were probably also part of this coil.

Consequently, I conclude that why the Enterprise got balls, in-universe, was due to improvements in the space restoration matrix coil.

Here is a copy of a memo sent to Robert Justman. Apparently the balls in the back were supposed to have the same light effect as the bussard collectors.

Bob, here is a resume of our discussion of changes in the large model as per the Anderson Company drawing and cost list:

BALL POWER NODULES ON FRONT OF THE TWIN NACELLES. (....)

FILLIGREED PANELS ON TWIN POD STRUTS. We see this marked as "painted". We were of the impression we were going to use some applique which gave the illusion of something like solar cells. We're willing to go any intelligent way here, but wonder if this is an error.

ROUNDED DOMES ON REAR OF TWIN NACELLE PODS. We see no estimate for eliminating them. What is the minimal cost of putting a steady light source illumination in them? Incidentally, we do feel they should be somewhat the same color as the front pods, carrying out a feeling of the same power engines running through the whole pod.

HANDLES ON TWIN NACELLE PODS. We wanted these handles improved to look less like "handles", but wonder if it cannot be accomplished in some way at less cost than $180.00. Or, understanding that this is an estimate, could we review the cost of this shortening? At any rate, let's assume this is one of the last things we'll do, something which could be cut if our cost gets too high.

LIGHT SOURCE ON INSIDE AREA OF BOTH PODS. We'll omit this item and cost of $300.00, discuss with Matt Jefferies an applique metal grid overpaint or something else which will require no structural change. And we'd like to have some sort of estimate on this or whether it can be included in the overall detailing figures. Incidentally, this eliminates Anderson's next quote about possible rebuilding of pod, an item for which he was going to give us a price later if it becomes necessary.

SMALLER QUARTER SIZE MODEL. Does the price of revamping this smaller model include some lights in the pods? it seems to us this is one change, since it involves elimination, that would affect any shooting of the smaller model, even if it's flashing by. Would like Anderson to tell us if, perhaps, we could do away with the fluctuating aspect of the lights here since it most often will flash past us very fast. Or, if we do need the fluctuation here, possibly we can do with a standard fluctuation and do without any change of intensity.

STEP BY STEP REVIEW AND APPROVALS. This U.S.S. Enterprise is terribly important to us -- if the audience does not believe it, they are not going to beleive a multimillion dollar series investment. Therefore I want to suggest and emphasize that I am making myself available to come by and review, discuss, and approve all these changes as they are going on. (....)

Not the answer you're looking for? Browse other questions tagged star-trek spaceship star-trek-tos uss-enterprise or ask your own question.

5
What are the technical differences between these two versions of the NCC-1701?

21
How could the Picard Maneuver confuse sensors from the Warp Era?
11
Why did flagship starships all get the name Enterprise?
3
How did Arkarian maintenance crew get to the Enterprise?
16
At what point and why does it become (almost) impossible to transport through shields in the Star Trek Universe?
9
In TOS: The Enemy Within, why didn't the Enterprise use shuttles after the transporter broke down?
15
Why didn't the Enterprise refit's nacelles glow?
13
Has there ever been a warp / non-warp collision?
30
How do ordinary citizens get around the Federation?