How did Ned see Cersei more recently than Robert?

"It will be good to see the children. The youngest was still sucking at the Lannister woman's teat the last time I saw him. He must be, what, five by now?"

"Prince Tommen is seven," she told him.

Ned had last seen the king nine years before during Balon Greyjoy's rebellion, when the stag and the direwolf had joined to end the pretensions of the self-proclaimed King of the Iron Islands.

So how did Ned see Cersei - presumably at King's Landing - some six years ago when he hasn't seen Robert for nine years? Just a GRRM continuity error?

According to this timeline, Prince Tommen Baratheon was born in 291. Later in year 293:

As you can see in the map below, if Jorah set out from Bear Island to sail to Essos, he would have had to sail around the western shores of Westeros and past Lannisport: 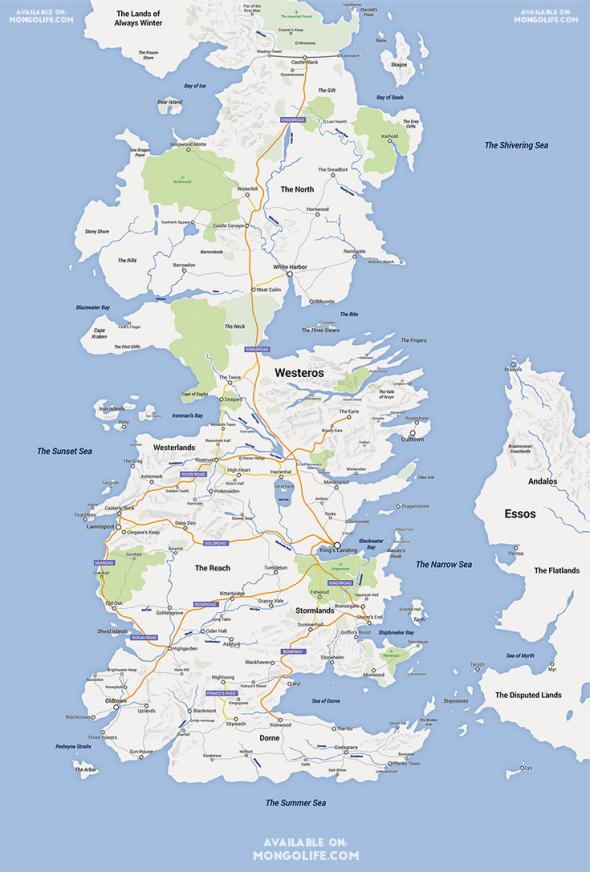 Eddard sailed to Bear Island to find Jorah, as he recalled in Chapter 12 of AGOT:

Ned had made the long journey to Bear Island, only to find that when he arrived Jorah had taken ship beyond the reach of Ice and the king's justice.

It is possible that Eddard might have continued sailing - or planned a longer voyage - to see if he could still catch Jorah anyway.

Lannisport is one of the major ports of the Seven Kingdoms and is the largest settlement in the westerlands. So it is an obvious place of interest if you are on the trail of someone fleeing by ship. Coincidentally it is also where Jorah met his wife and where Cersei could have been at the time (perhaps as an opportunity to get away from Robert for awhile, as others noted).

There is no evidence for any of this, unfortunately, but we do know Eddard is man willing to take matters into his own hands - "The man who passes the sentence should swing the sword."

25
Why wasn't Ned Stark king instead of Robert Baratheon?
6
Why did Ned and Robert grow up under the care of Jon Arryn?
30
What's the big deal with the Tyrells controlling Westeros?
18
Why didn't people see each other for such a long time?
9
How did Renly expect Robert to set aside Cersei and take Margaery as queen instead?
34
Did Lyanna's consent even matter?
10
Do we ever find out who sent the catspaw after Bran in the show?
5
Who destroyed the Sept in Lordsport, Iron Islands?
25
How well-known was Aerys Targaryen's madness outside the noble class?
4
How many lies did Ned Stark tell?