How do Terminators speak?

It seems obvious that Terminators don't have vocal cords, and their speech is probably generated by some kind of speaker assembly linked to a speech processor. However, every time we see a Terminator speaking, it moves its mouth just like a human would. In most cases, this is presumably because they want to appear to be human, and speaking without moving your mouth is a rare talent and, if a Terminator did it, they would raise suspicion.

Note: The dialogue in this clip is probably NSFW

If moving his mouth wasn't a necessary part of his speech process, he has no reason to do it in this scene. He doesn't need to keep up appearances when no one can see his face.

Humans speak by a combination of muscle movements: the diaphragm draws air in and forces it out of our lungs, after which it passes through the larynx, where the vocal cords shape the sound, and finally, the air passes out through our mouths, where our lips, and especially tongues, put the finishing touches on the sounds we are producing. But Terminators don't have lungs, larynxes, or vocal cords. So how do movements of the mouth and tongue affect their speech?

This raises the question of whether the bare metal Terminators (see picture below) can speak, and if so, whether their mouths move when they speak. They certainly don't have lips or tongues, so those can't play any part in the process. 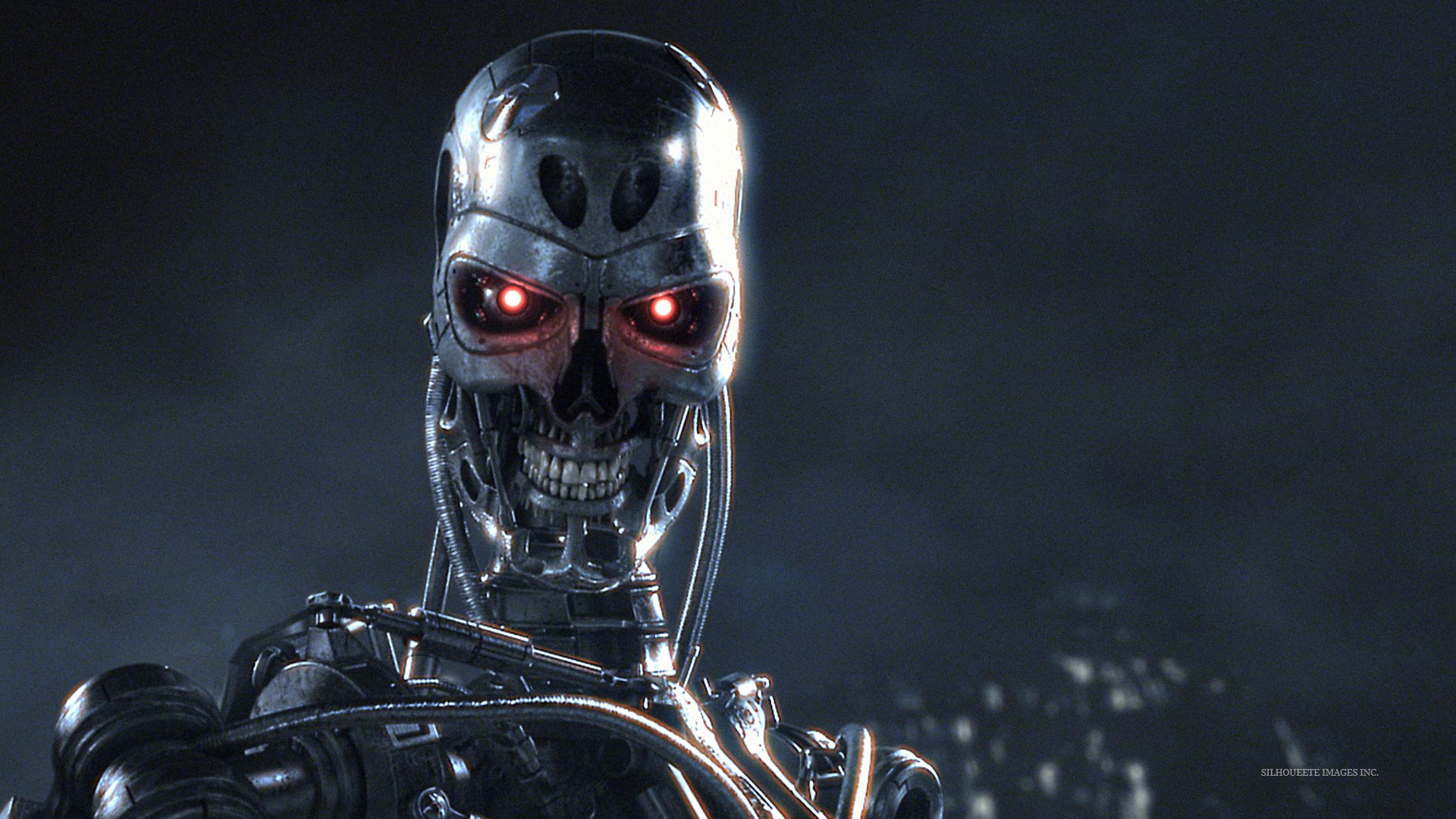 So here's my question:

Is there any information about how Terminator speech works?

Terminators were designed to pass for humans even under close inspection (security checks and so on) when infiltrating resistance cells. As such the logical answer to this would be that Terminators are designed with the same vocal capacity as humans.

As stated by the OP, our voices do not just come from the voice box. The larynx creates the sound but the shape of the mouth and the position of the tongue turn that sound into a recognisable word or tone. For example, one cannot make a "mmmmm" sound without closing one's lips. Likewise the "ssss" sound is made by blowing air through the teeth with the tongue flattened to the bottom of the mouth. If one tries to make a "sss" sound with the tongue against the back of the teeth, then a "th" sound is made. So the teeth, tongue and lips all contribute to the formation of language and have to be closely matched by Terminators.

So in order to mimic human appearance and be able to pass for human, the Terminators have a mouth and throat that are identical to humans. They also need to be able to pass air through that system, therefore they must have a working respiratory system that draws air down and passes it back up through the simulated vocal chords.

There's not a lot of sense in making a backup system for a primary system that works the same way that humans work, so the speech systems would likely be the only way that Terminators can "talk" to humans, although they may have a more technological way of speaking to other Terminators. Hence why, even when in a closed room, our "hero" Terminator has to move his mouth when responding to someone outside. It also matches the observation that no Terminator endoskeletons are seen to speak - they can't because they need their organic components to do so.

The T-1000 likely also has to recreate the speech systems using its own "liquid metal" to form the parts. This jars with the claim that the living metal can't form complex machines with moving parts, but since the speech systems (vocal cords, tongue, teeth, lips) aren't that complex, and are not separate from the main body, this should be possible. All it takes is programming and a template to work from...

The 800 Series is also equipped with vocals which enable it to replicate any human speech pattern of which it has heard an adequate specimen. It does this by recording and storing syllables of the subjects' voices, which it then replays and uses to digitally synthesize their speech patterns.

The clear implication is that the terminator's speech is artificial (electronic) even though it mimics the outward appearance of facial movement.

It costs the Terminator nothing to mimic human speech mouth movements at all times. It does not know if there is cameras or someone it can't see watching. Real life spies, double agents and method actors keep up appearances even when noone is watching.

Not the answer you're looking for? Browse other questions tagged technology the-terminator the-terminator-series cyborg or ask your own question.

20
Can Terminators without human tissue talk?