How did they build Jurassic World on Isla Nublar?

At the end of Jurassic Park John Hammond's experiment in building a dinosaur zoo had drastically failed. Dinosaurs were out of their paddocks, they were breeding, Velociraptors may or may not have been getting off the island.

Oh, and there was the matter of their prime exhibit wrecking the main vistor's centre. 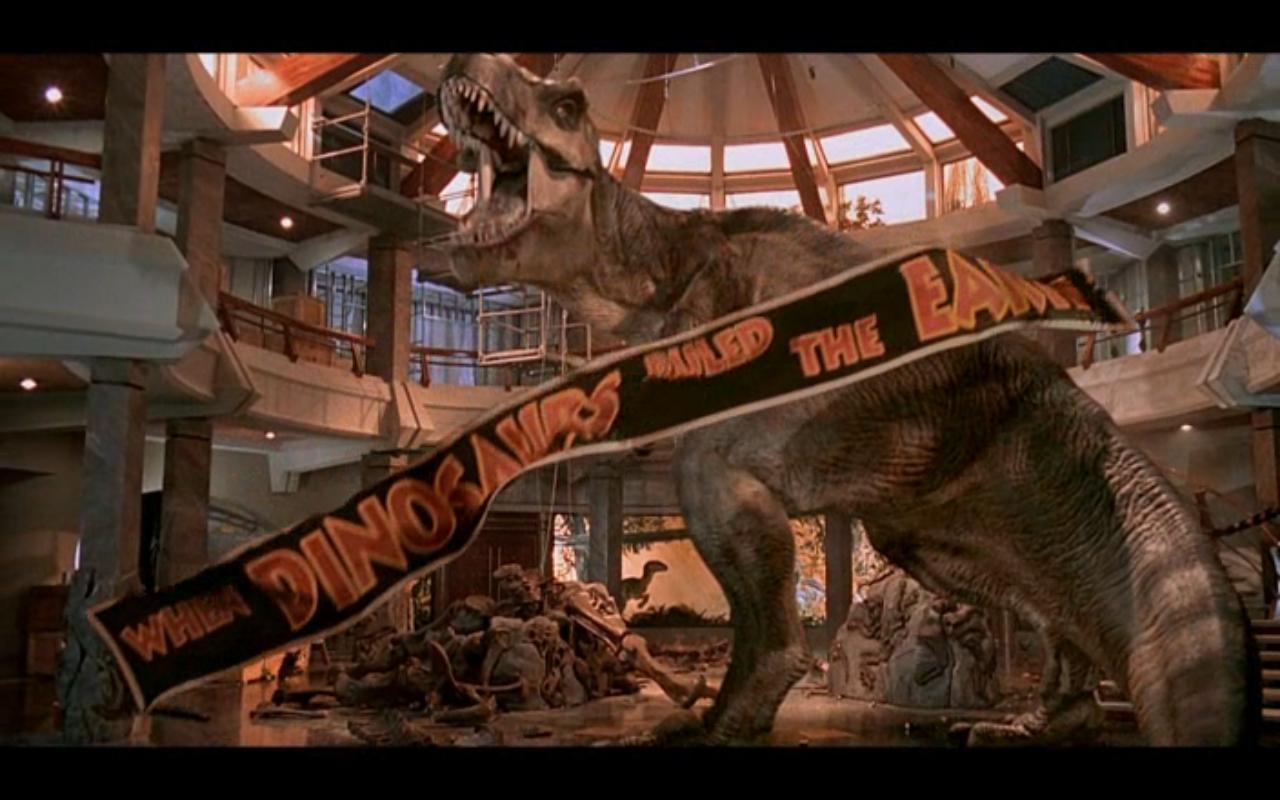 Over the 20 years since the failure of Jurassic Park, and the opening of Jurassic World, the dinosaurs surely developed some sort of wild ecosystem. But, it looks as if the Park has been functional for at least a few years, as they are talking about attendance rates over time.

When, and more importantly how did they regain control of Isla Nublar?

Based on Jurassic Park

As has been mentioned, it's likely that most of the original JP dinosaurs simply died. There are numerous ways this could have happened:

It's also worth noting that the fact that "life found a way" to let the dinosaurs breed in the wild (with some female specimens changing to become male), there's no guarantee that that happened in sufficient quantities to create a viable population. Many species may have died off immediately, because they couldn't generate enough males or because they were eaten before their populations could reach a viable size.

Based on Jurassic World

However, it is also clear that the Jurassic World park has a much more potent, militarized infrastructure than the original Jurassic Park did. My personal expectation is that Day 1 of JW's construction featured a heavily-armed private military force landing on the island and re-capturing the surviving animals.

For example, it's been pointed out that the T-Rex has scars matching those of the one from the original park. A dinosaur outbreak can be chaos when it's unexpected and there are civilians in danger, but they are just animals after all. A well-coordinated, well-prepared force wouldn't have too much trouble tranquilizing the animals they could, and killing the ones they couldn't. Hell, a simple gas release from the air would probably be quite effective in pacifying or killing the native life, without any danger to the humans involved. From there they could sweep in, secure the animals in portable enclosures, and begin construction.

This is never specifically described, that I can recall, but it fits perfectly with the greater militarization and improved infrastructure highlighted so strongly in the new film. For example, when the Indominus Rex first escaped (before they realized how dangerous it was), they rapidly initiated pre-established protocols for dinosaur recapture, and mobilized well-equipped teams to bring it in. It's likely that these protocols were used, or even developed, during the re-taking of the island.

From some of the scenes in Jurassic World (Getting the jeep to work scene) you can infer that some areas were just abandoned and not boarded up. You can assume that from experience with Site B that Ingen learned how to cope with the ecosystem. By the way, there is no evidence that this wild ecosystem is viable. For example when the Tyrannosaurus finally ate the last big dino, then what? There is nothing else on that island to feed on so the large animals will quickly die. This includes the breeding velociraptors. That is, as long as they never learned to swim the shark infested coast of Costa Rica. As for the small animals, there is no way of knowing, a quick dose of poison may destroy them. As someone mentioned in the comments, in the book the Costa Rican Army bombed the dinosaurs and with the help of Grant, located all the underground raptor nests. However the book paints a more bleak ending where the Compy's have gotten to the mainland and have begun to be part of the local ecosystem by eating small mammals including human babies but even in the book, no large dinos got off the island (Close call with some Velociraptors but that was the whole point of the book). In the end, life did not find a way.

Jurassic Park was never finished completion; the tour they offered to Grant and his constituents were meant to reassure and solicit it's potential. Whole sections of the island that were of the original park are derelict and left unattened. Jurassic world was built on the infrastructure they were gonna lay out before the incident.

In the film, Rexy was the only Dinosaur that survived on Isla Nublar, but when Masani Corp bought Ingen, they began creating more dinosaurs. Rexy was re-captured, and some were transported from Isla Sorna. When they built Jurassic World, they needed to capture any surviving dinosaurs.

27
In the book "Jurassic Park" does the Lysine Contingency actually get explained?