I've been informed by those who know much more about Harry Potter than I that Hogwarts is protected with a Disillusionment Charm so all muggles will see is ruins with a "Danger: Keep out!" sign around them. (Apparently this was in one of the first three books, but I'm not sure where it was.)

My first thought was, "Well, a danger sign would encourage some muggles to investigate!" Which leads to what I think is an obvious question: Will a disillusionment charm on a place like that still work when a person is real close to the location? Will it work from inside the location?

For example, if a curious muggle made it to the gates of Hogwarts and started walking around inside, would they still see it as abandon and in ruins, or once they entered, would they see it as it is?

‘It’s bewitched,’ said Hermione. ‘If a Muggle looks at it, all they see is a mouldering old ruin with a sign over the entrance saying DANGER, DO NOT ENTER, UNSAFE.’

‘So Durmstrang’ll just look like a ruin to an outsider, too?’

‘Maybe,’ said Hermione, shrugging, ‘or it might have Muggle-Repelling Charms on it, like the World Cup Stadium. And to keep foreign wizards from finding it, they’ll have made it Unplottable –’

‘Well, you can enchant a building so it’s impossible to plot on a map, can’t you?’

I think that Muggle-Repelling charms make the most sense. The trio uses them to protect themselves while they're on the run in Deathly Hallows, as well. "Salvio Hexia... Protego Totalum... Repello Muggletum... Muffliato..."

In general, I don't think there is a specific distance at which Disillusionment Charms fail, but a witch or wizard could use Homenum Revelio to see if there are people around who are under a Disillusionment Charm (which is the charm used by Dumbledore to become invisible) I believe Hogsmeade is one of the few all-wizarding towns and it's near Hogwarts; I doubt a lot of Muggles are in the vicinity of Hogwarts to begin with. But I'm guessing that any Muggle who finds their way to Hogwarts would not be able to approach it.

Well, not only would the Muggles see the sign (which would deter only those who can read, and not even all of those), but there is probably some kind of Jedi mind trick that makes them think that there is no reason to go there. I'm sure that whatever roads lead to Hogsmeade village have a charm that makes Muggles think they've gone the wrong way, which will prompt them to turn about.

We do know that Myrtle's parents (who are Muggles) visited the school after Myrtle's death, so there is certainly some means of getting a Muggle past the anti-Muggle charms.

The disillusionment charm is used in the creation of Invisibility cloaks.

Will a disillusionment charm on a place like that still work when a person is real close to the location?

People often get up close and personal to Harry when he is in his cloak, but besides bumping into him, they don't know he's there. I can't see why it would be different on a building.

Will it work from inside the location?

Yes, Harry can see out of the cloak, so I can't see why a building wide equivalent wouldn't work the same.

In the film Fantastic Beasts: The Secrets of Dumbledore Muggle Jacob Kowalski wanders around Hogwarts freely. He seems have no issues seeing the castle and the whimsical magic contained within. 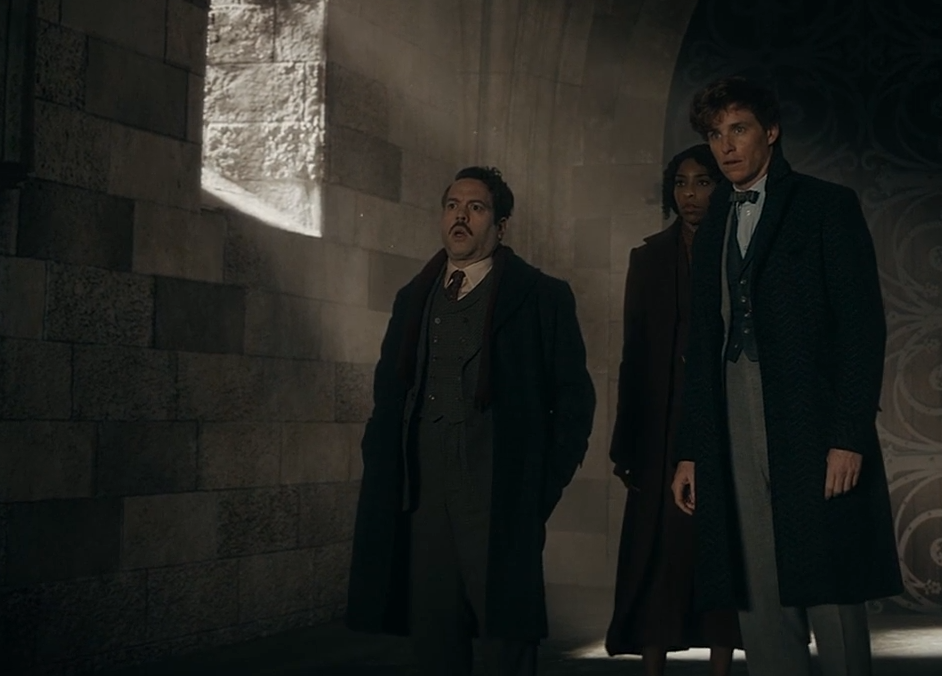 It's possible, however, that he's been made some sort of exception from the usual Muggle-repelling charms that keep his sort outside and unaware.

No, we have first point of view of characters who have the spells in himself.

Based on that a powerful wizard can make something practically invisible, a less powerful wizard maybe if you are very near you could see a silhouette like when octopus camouflages themselves.

1
What would happen if a muggle went inside hogwarts
5
Do disillusionment charms only affect sight, or other senses, too?

5
Do disillusionment charms only affect sight, or other senses, too?
63
How did Hagrid and Dumbledore know the Potters had been killed?
14
How did Harry and Ron find their way back to the tent after destroying the Locket Horcrux?
31
Do Muggle Parents Visit Their Muggleborn Children at Hogwarts? Are They Totally Excluded?
4
Can a Muggle-Repelling Charm Be Broken?
12
Can a Secret Keeper break their Fidelius Charm?
2
How did the wizards learn that electricity does not work around Hogwarts?
14
Why were the time travellers able to see and interact with the Potters?
10
Can Muggles see the Leaky Cauldron?