Why not enter the Matrix from Zion?

In The Matrix, Morpheus explains that they hack into the Matrix by broadcasting a pirate signal:

This is the core where we broadcast our pirate signal and hack into the Matrix.

transcript for The Matrix

In The Matrix Reloaded, the following conversation occurs during the Crisis Meeting:

Morpheus: Niobe. My apologies to all. As you are undoubtedly aware, it has become increasingly difficult to locate a secure broadcast position.

Vector: Squiddies got all our best spots.

Ice: Mainlines are crawling with them.

Ghost: And if Niobe's right, in 72 hours there's gonna be a quarter of a million more.

Ballard: What are we gonna do about it?

Niobe: We're gonna do what Commander Lock ordered us to do. We'll evacuate broadcast level and return to Zion.

transcript for The Matrix Reloaded

This conversation clearly indicates that the hoverships have limited broadcast range (a "broadcast level") which does not include Zion, and that sentinels are getting better at guarding the broadcast positions. The humans are evidently unable to broadcast a signal with enough range to hack into the Matrix from Zion.

Even if the humans could hack into the Matrix from Zion, they wouldn't want to. Neo finds out from the Architect in The Matrix Reloaded that the machines know where Zion is and have destroyed it before, but the humans did not know about that before:

Neo: There are only two possible explanations, either no one told me, or no one knows.

transcript for The Matrix Reloaded

In order to hack into The Matrix, the ships need to attain a specific height, referred to as "broadcast depth". The implication is that they can't broadcast wirelessly without reasonable proximity to the surface.

Morpheus: Dozer, when you're done, bring the ship up to broadcast depth. We're going in. Taking Neo to see her.

Tank: The Oracle. - The Matrix

As to why they don't broadcast directly from inside Zion, don't forget that it's supposed to be a hidden city. If they broadcast openly, the machines will find them.

Note that it's not until the subsequent films that it becomes apparent that the Machines are very well aware of Zion's location.

In the Matrix comic entitled "Broadcast Depth", we see the consequences of a botched attempt to hack the Matrix. It makes you immediately traceable: 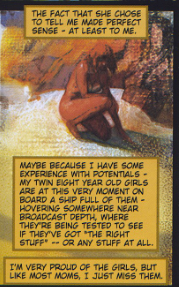 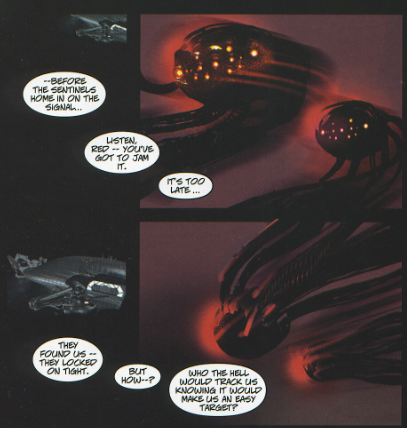 This is mentioned in one of the movies (though I have yet to find the exact quote): The ships need to be relatively near the surface to hack into the Matrix. The signal from the matrix doesn't reach all the way down to Zion.

9
How can they hack the Matrix, wirelessly?
1
Can hoverships transmit messages to Zion from broadcast level?

8
Why Do the Machines (in The Matrix) Have to Maintain the War With Humans?
67
What was the purpose of having Zion?
23
What did Zion think would happen to the blue pills if they succeeded in destroying the Matrix?
64
Why do the Agents bother trying to get the Zion mainframe codes?
10
Is Zion really the last human city?
9
How can they hack the Matrix, wirelessly?
2
Why don't the hovercrafts have weapons against the Sentinels?
4
Why does “The One” need to be awoken from the Matrix
5
Was the governing council of Zion also the new Zion seed population?
51
Why did the people of Zion never find evidence of the previous cycles?