Why do Darkseid and Orion look so different if they're father and son?

Orion has a very human appearance. 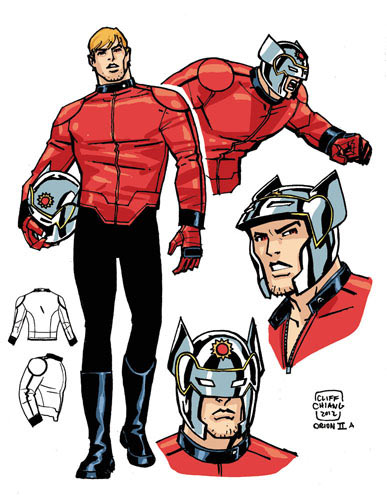 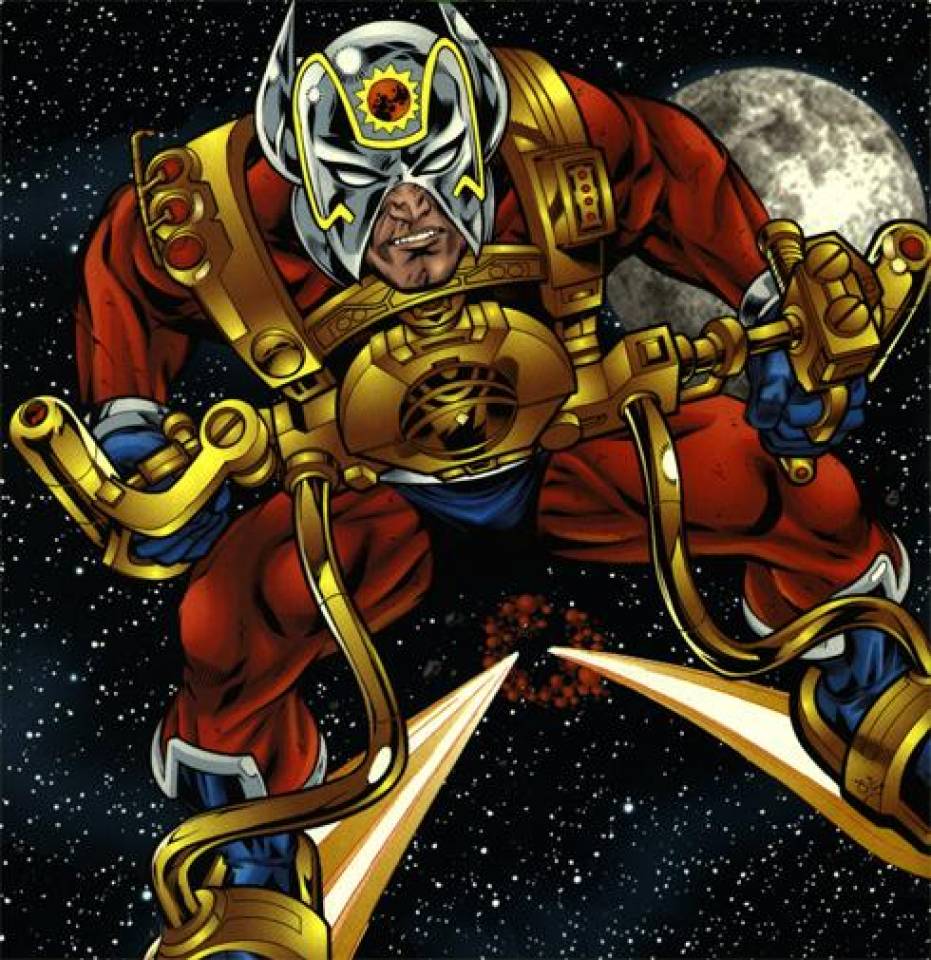 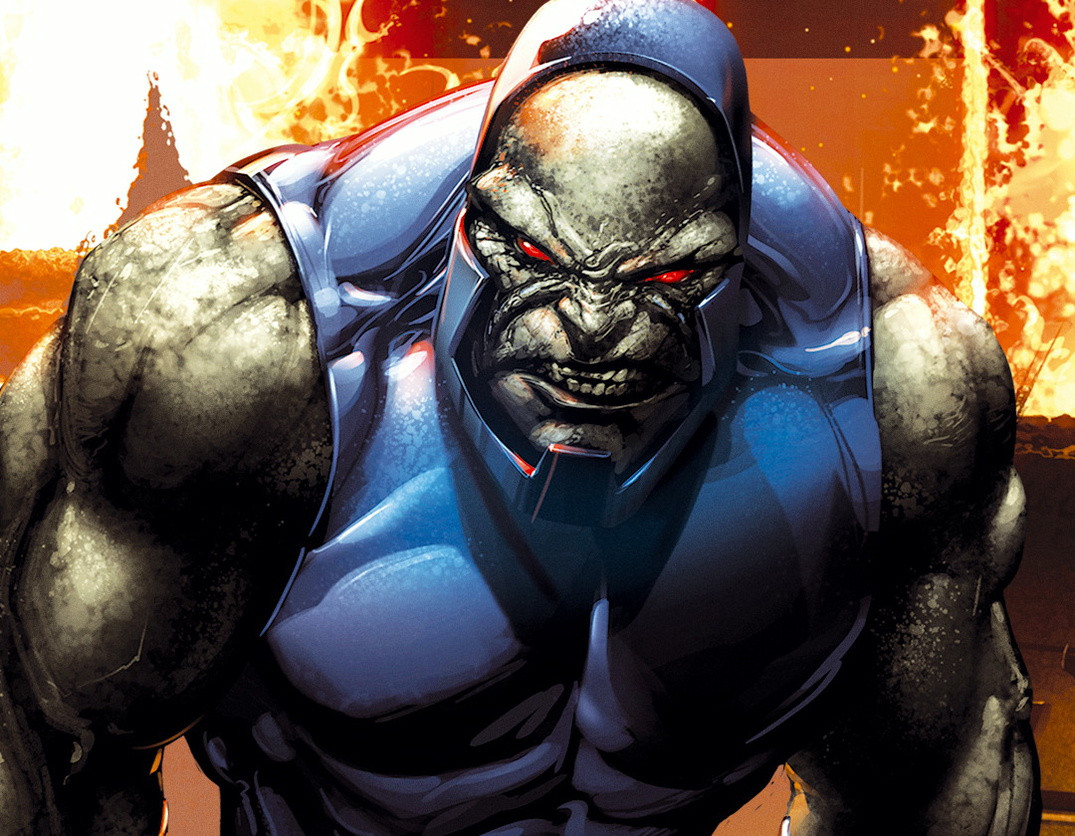 Has this ever been explained?

Edit: I remembered that in Kingdom Come we see an older Orion whose appearance more closely resembles Darkseid, but, still, pretty different. 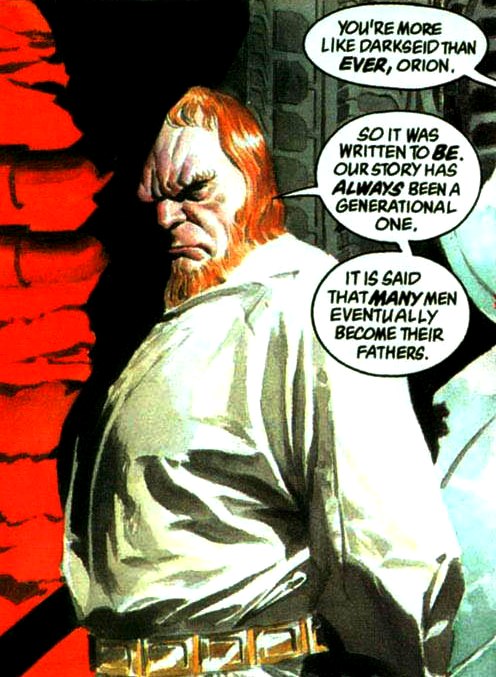 Orion possesses a Mother Box. A Mother Box (or the Apokalyptian Father Box) is a tool used by the New Gods. They are sentient and sapient living computers. They can open Boom Tubes, heal the injured, manipulate energy, and many other effects (similar in some ways to a Green Lantern Power Ring, but more so). Orion's Mother Box constantly works to suppress his rage and also cloaks him in an illusion that is closer to the New Genesis form. His normal form has Darkseid's gray skin, red eyes, and a blockier facial structure. 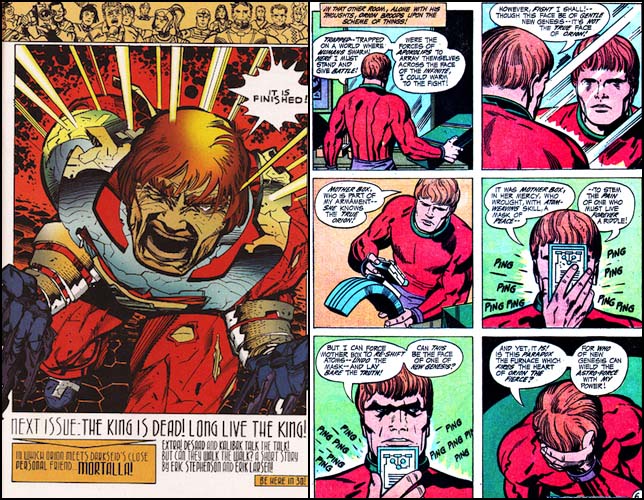 Orion was told by his mother, Tigra, that he was not in fact that son of Darkseid, but one of his captains. Tigra also tells Orion that had she not told Darkseid that she was carrying his son, then Darkseid would have undoubtedly killed Tigra for committing adultery. source

Long after Tigra had her son Orion, she claimed he was not Darkseid's son. Tigra stated how she only told him she was pregnant to save her own life, knowing Darkseid wouldn't turn down an heir. In this telling, she says she was never truley pregnant when she told this to Darkseid, so she met with a captian of the Imperial Guard. She says the only thing that mattered was that he was handsome and willing. source

But if he is Darkseid's biological son, his mother looks pretty normal. So he could have inherited his looks from her.

Not the answer you're looking for?Browse other questions tagged comics dc or ask your own question.

24
Does Wonder Woman Age?
11
Why was Gotham City changed from a mostly fictional city to New York City in the Nolan trilogy?
7
How vulnerable is Wolverine to electricity?
11
Is Superman's strength related at all to his muscles?
4
How did Everyman know what to do in this scenario?
3
Has Vandal Savage ever been incinerated, vaporized, etc.?
7
Is the Vertigo (especially post-“Lucifer”) continuity now completely separated from DC comics?
3
What's the first appearance of DC's Red Tool?