Why did they go to plaid?

I had always assumed that "Plaid" was a reference to the stripe effect we see when ships make the jump to light speed in Star Wars:

It is an iconic image and everyone recognizes it immediately upon seeing it. I suggest that Mel Brooks took this reasonable depiction of what a sudden increase in speed would look like, and came up with an absurd equivalent to it: Star Wars goes stripy, so Spaceballs goes plaid.

In fact, as Hypnosifl has pointed out, the Star Wars striped effect is shown in Spaceballs as well, just before the ship goes plaid. The stripes appear at 1:43, and the stripe-to-plaid changeover happens at about 2:00 in the following clip:

If I am correct, this would be entirely logical: Spaceballs is a parody of Space Operas in general, but it is also a parody of Star Wars in particular. As such, this amounts to one of many direct references to Star Wars.

This quote from the novelization appears to support this theory:

With an ear-shattering roar, the Spaceball Cruiser leaped into light speed. In the Cruiser's vast windscreen, the sky full of stars became stripes of white light.
"Your seat belt, sir," Sandurz tried to warn his leader. But the roar of the ship drowned out his plea.
The Cruiser jolted forward, moving from light speed to ridiculous speed. The white stripes were joined by stripes of many colors. The ship began to vibrate violently.
"Ssseat belllt...." Sandurz continued his attempts to warn Dark Helmet.
This time, his voice was drowned out by a warning siren. The ship began to vibrate as if it were inside a blender and someone had pushed puree!
LUDICROUS SPEED!
Dark Helmet's eyes bugged out of his head. Outside the windscreen, the stripes weaved themselves together - and formed plaid!
- Spaceballs: The Book, by Jovial Bob Stine

As also mentioned in @MatthewFrontino's answer, a variant of this question was asked over at the other forum:

User @MattD provided an out-of-universe answer that was accepted, which I will quote here:

It's a play on the phrase, "They've gone to warp," from Star Trek, and the warp trail effect a ship causes when it goes to warp speed.

The ship has hit ludicrous speed, so they chose a "ludicrous color" such as plaid to represent that.

However, user @BrettFromLA provides an answer that, while not the accepted one, is also interesting:

So it COULD be a reference to this cartoon. But I have no evidence.

A variant of the question was asked on yet another forum. The provided answer overlaps with MattD's answer above, but also adds the following point:

It is also referencing 2001: A Space Odyssey, where this "tartan" effect occurs when Dave is in the pod towards the end of the film. 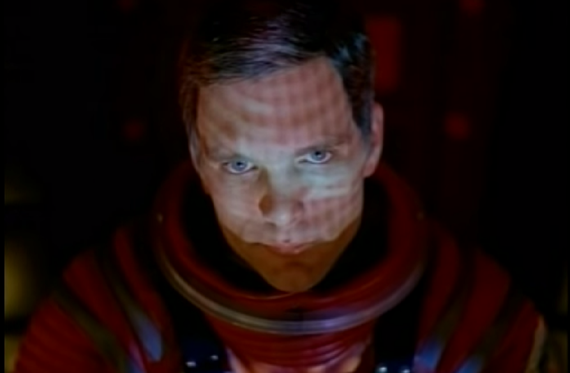 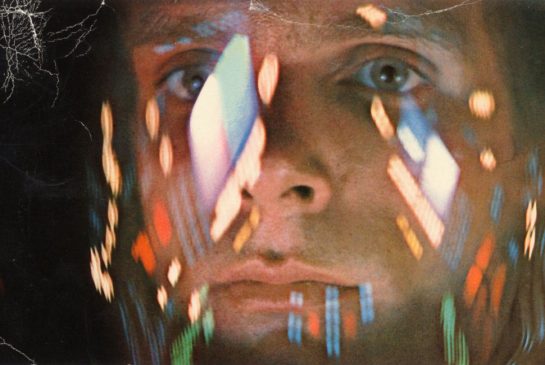 Everything cited above is speculative in nature. None of the individuals responsible for those observations seem to have any special relationship to Spaceballs (at least not at first glance).

I have attempted to find an official explanation — notes in the screenplay, interviews with Mel Brooks or others associated with the film, etc. — but I couldn't find anything of substance.

I also used Google's Ngram Viewer and Google Books to locate variations of the phrase "going plaid", "gone to plaid", etc. in printed works up to and including the year 1987, but again I could find nothing of substance.

My own speculation: Warp + Weft = Plaid

Plaid patterns are made by combining two types of weave, warp and weft, at right angles to one another.

Adding a bit of weft to one's warp might be just the thing to create the desired level of ludicrousness.

It is certainly plausible, given that Mel Brooks is no stranger to word play:

Veteran comedy writer, actor and director Mel Brooks promises to make his audience laugh when he performs his first one-man show in London this month...

He will also sing songs and reminisce about his love affair with London which began when he was on leave from mine defusing duties with American forces in France in the Second World War and learned Cockney rhyming slang from the cab drivers.

Of course, the transformation above is not Cockney rhyming slang (notably, there is no rhyme) — but Brooks, being American, can be allowed some liberty.

The following research article also delves into Brooks' love of word play, by discussing the challenges of translating Spaceballs and Men in Tights into Polish:

It's a play on the phrase, "They've gone to warp," from Star Trek, and the warp trail effect a ship causes when it goes to warp speed.

The ship has hit ludicrous speed, so they chose a "ludicrous color" such as plaid to represent that.

My assumption was that it was a joke on doppler shift color change, especially given that their jamming methodology is both plausible and funny this just seemed to fit with the sciencepun setting. No references than any good description of doppler shift.

IMO, it's a joke about "alerts" - from amber to red to...plaid. That's just how fast they're going - it's too dangerous for red alert! In turn, it might be inspired by Star Trek's red flashing lights on the bridge when things are getting tense, including exceeding normal warp speed.

Not the answer you're looking for? Browse other questions tagged spaceballs or ask your own question.

20
Why is Lone Starr's ship called the Eagle 5?

11
Exactly how fast is Ludicrous Speed?
21
What did George Lucas think about Spaceballs?
20
Why is Lone Starr's ship called the Eagle 5?
43
Snotty made a joke I don't understand